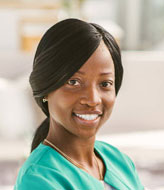 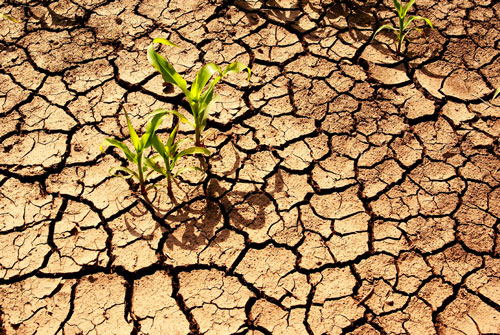 My country’s government would rather see people starve than let them eat genetically modified food.

That’s the only conclusion to draw from the announcement in February that Zimbabwe will reject any food aid that comes in the form of GMOs, despite the fact that we’re suffering from our worst drought in two decades and up to 3 million people need emergency relief.

“The position of the government is very clear,” said Joseph Made, the Minister of Agriculture. “We do not accept GMO as we are protecting the environment from the grain point of view.”

So my country – a country that can’t feed itself – will refuse what millions around the world eat safely every day as a conventional source of calories. It doesn’t matter whether the aid arrives as food for people or feed for animals: Customs inspectors will make sure none of it reaches hungry mouths.

When it comes to GMOs, we’re apparently better dead than fed.

The drought has devastated my family’s farm, which will produce almost no sorghum or corn this year. We’re short of money and the drought has caused prices to soar, even for the simplest of goods. In the markets, cabbages the size of tennis balls sell for USD$1.

People are desperate for work. I recently watched a man the age of my grandfather carry a hoe from house to house, trying to trade whatever labor he could offer for a meal. He wound up performing backyard chores for a cup of tea.

The rejection of GMO food aid is a humanitarian outrage—a manmade disaster built on top of a natural disaster. Yet something even worse lies behind it: a denial of science. GMOs pose no threat to human health, as every scientific and regulatory agency that has studied them knows. They are also positively good for the environment, allowing farmers to fight soil erosion, reduce greenhouse gases, and—most important—grow more food on less land.

For too long, however, African countries have looked to Europe for economic and intellectual leadership—and we’ve accepted Europe’s sweeping opposition to GMOs.

The difference is that Europe is a wealthy continent that can afford this ideological luxury. In Africa, we can’t. Grinding poverty is normal here. We need an agricultural sector that keeps up with population growth, rather than one that keeps on falling behind.

A handful of African countries appreciate the value of GMOs. Just across the southern border of Zimbabwe lies South Africa, where farmers are growing more than 5 million acres of GMO corn. In Burkina Faso, farmers plant GMO cotton. Earlier this year, Kenya approved field trials for GMO corn and commercialization could come next.

But these bright spots are the rare exceptions, proving the sad rule that in Africa, farmers lack access to the basic seed technologies that our peers in the United States, Brazil, and India take for granted as they produce record-setting harvests.

There are no easy solutions to a drought, and GMOs won’t cause the rain to fall in Zimbabwe. Yet the drought may serve the useful purpose of highlighting the madness of Africa’s anti-GMO extremism.

Right now, we need these GMOs in the form of emergency food aid. Soon, we should enjoy them as an ordinary part of farming and food production.

Nyasha Mudukuti is a student whose family grows sorghum and maize on their farm in Zimbabwe. She studies Biotechnology at Chinhoyi University of Technology. She is also a member of the Global Farmer Network. This blog appeared in the Wall Street Journal on March 10, 2016. Republished with permission of the author.