You can’t swim without getting wet 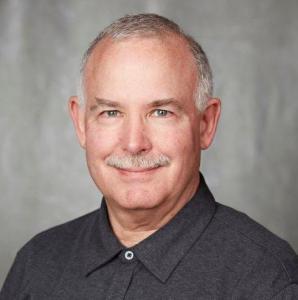 Existence of conflicts of interest is not the same as evidence of bias. Public and private sectors, together, have a role to play in communicating about science and technology to society

We live in a complex technological world and few of us really understand it. Our lives move at such a pace that we simply point and click our way in a quest for entertainment, knowledge and enlightenment. All too often when we seek out simple answers to complex questions, we risk finding incomplete, potentially misleading and incorrect information.

So where can unbiased information on complex topics such as genetically-modified (GM) crops and food be found? The answer may surprise you – nowhere. 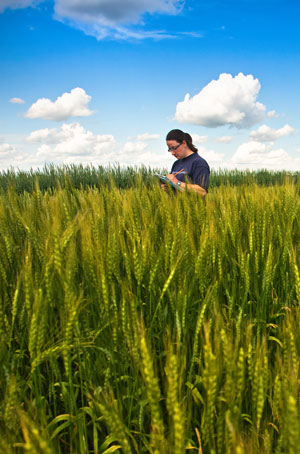 “You can’t swim without getting wet,” is how Roger Pielke, Jr, author of The Honest Broker, put it during a talk at the National Academy of Sciences. He explained that all communication is political and virtually all scientists are issue advocates. Still some in the room maintained that scientists should stay neutral by avoiding policy debates and speaking only about scientific discoveries and evidence.

Neutrality, they argue, preserves their objectivity and credibility so that they can serve society as an “honest broker” on matters of science. Pielke was quick to expose the inadequacy of that view and show that scientists as human beings are subject to the same personal beliefs, values and biases as everyone else. Scientists, whether they like it or not, are advocates and play an important role in society explaining science discoveries that can help to resolve societal challenges and improve our lives.

Most scientists view themselves as issue advocates with a responsibility to communicate scientific findings in support of public policy. A 2015 PEW Research survey revealed that 87% of scientists agreed that “Scientists should take an active role in public policy debates about issues related to science and technology.” More than three out of four scientists believe: 1) the public doesn’t effectively comprehend scientific information; and 2) media reports about science are problematic because they don’t differentiate between well-founded and poorly-founded scientific findings.

Getting science right matters; but the mechanisms for communicating science often are ineffective when the public is unable to discern what is factual and what is not. There is a wide gap in our knowledge of science and the gap has been widening for decades.

Carl Sagan wrote in his book, The Demon-Haunted World: Science as a Candle in the Dark…

“I worry that, especially as the millennium edges nearer, pseudoscience and superstition will seem year by year more tempting, the siren song of unreason more sonorous and attractive.”

Sagan was concerned about people’s fear of what they do not understand and the influence of pseudoscience on the public’s capacity to make intelligent decisions about our increasingly technology-driven lives. Today’s boogieman is Monsanto and GMOs may be the subject of conversation at home or the office, at book club or the gym, or over dinner or drinks. We need clear, understandable, and reliable communication to better inform conversations about the application of science in our society.

Science is all around us. It helps us tackle problems, examine risks and benefits, and identify new and better ways to do things. Science also can enlighten us, bewilder us, and even scare us.

Communicating science is critically important but can be challenging. Scientists can disagree and when presented with opposing viewpoints, the public can be confused or misled. It is hard to know whom to believe, and an hour with Albert Einstein most likely will not make you an expert on the theory of relativity. Understanding complex scientific matters, such as whether GMOs have a place in agriculture and our lives, let’s face it, is difficult.

In my role at Monsanto, I communicate about science to diverse audiences, particularly about the science of agriculture and its social, economic and environmental impacts. In particular, I focus on communicating with people about GMOs. I get asked a lot of questions.

Why do we need GMOs? What are the benefits? Don’t they pose a risk to the environment? Are they safe to eat? I am a plant geneticist with decades of experience in the lab and in the field but also lean on other scientists to point me toward answers based on robust evidence. I also build relationships with public sector scientists engaged in science communication to society, so that, together, we can help to explain the science of modern agriculture to the public.

These scientists generally believe as I do that providing for our future means helping farmers achieve better harvests while using water, land and other resources more efficiently. Innovations in agriculture are helping to increase soil health, conserve water, reduce greenhouse gas emissions and expand habitat for monarch butterflies and honey bees.

As citizens and as scientists we care about these issues. Whether we work at public universities or private agricultural technology companies, we routinely work cooperatively and in parallel to communicate about scientific innovations to society, and to engage in policy debates in order to contribute our scientific knowledge and experience. We take this responsibility seriously on behalf of our families, friends, and society at large.

Working together, public and private sectors have a role to play in communicating about science and technology to society. This helps to ensure better decision-making and appreciation of innovations that can benefit society. And scientists have a responsibility to do it in a transparent way. Transparency is essential in each and every situation where any scientist, whether in the public or private sector, is engaged in science outreach and advocacy.

Few of us would disagree, because we expect science advocates to identify potential conflicts of interest and sources of bias. When they don’t we become suspicious. When they do we are more likely to accept that the scientist is trustworthy. These matters were comprehensively discussed by the International Life Sciences Institute (ILSI) North America Working Group on Guiding Principles in their 2009 publication.

Genuine communication often occurs even when visible conflicts exist. To know whether you are being dealt fact or fiction requires that you identify the various sources of bias and determine whether steps have been taken to mitigate them.

When sources of bias are known, the associated data or findings can be examined for deviation from established facts. Typically in science, experts rely on the weight of evidence, resulting from multiple peer-reviewed and published studies, as a proxy for truth.

Many sources of bias (technical, statistical, cognitive and emotional) can be minimized by robust experimental design, rigorous analyses, and peer review; but the best crucible for truth in science is reproducibility and consistency of findings across dozens of studies. When a diversity of public and private sources produce similar findings, we can assume any remaining bias is minor and accept the weight of evidence as truth.

In the end that is what we all want…an evidenced-based account that reflects a robust effort to learn the truth and to make progress for the greater public good. Joel Mokyr in writing about the development of the knowledge economy brought into light the connectivity between science, knowledge, innovation and technology advancement. Importantly, he explained that the expansion of technology over the past two centuries was in part dependent on societal acceptance of new ideas. Public sector scientists played a critical role in socializing technological advancement.

We need to accept and welcome the role of scientists as advocates for science, knowledge, innovation and technology advancement. We need clear, understandable, and reliable communication to better inform conversations about the application of science in our society.

Last October I wrote about why Monsanto works with public scientists and explained how we compensate public scientists for research and for public education and outreach. My intention was to shed light on the potential for conflicts of interest and bias when money is involved. I wanted those asking questions to understand that the vast majority of scientists working in universities and in companies are ethical and passionate about science and innovation.

Financial support in and of itself is not sufficient to conclude that advocacy is biased. A closer look at funding sources for actors on all sides of a policy debate will quickly show that financial support alone is not evidence of bias. Of course, to ensure public policy forums lead to sound policy, potential conflicts of interest and sources of bias need to be identified, and all communication with the public and with policy makers must be transparent.

In policy forums where new innovations with potential benefits for society are being discussed, such as driverless cars, cloud technology, clean energy and GMOs, it’s important to rise above the rhetoric and focus on the real issues.

Attempts to attack and silence scientists does not serve the public good. It does not advance research and innovation. It does not help the public consider the benefits and risks of science and technology. It does not move us forward toward better approaches for feeding a global population sustainably. Listening and learning from scientists can lead us to greater awareness and broader perspectives.

Transparent, scientifically sound and evidence-based communication serves the public good. Without clear, understandable and reliable information, the communication environment becomes polluted and evidence and understanding are obstructed by distorted information masquerading as facts. Better science communication will lead to better understanding and enable better decision-making. Decision-making that is transparent, considers appropriate evidence, and is not paralyzed by conflicts of interest and perceived bias will deliver important benefits for all of us.

Science has an impact on everyone. We depend on understanding it and learning from it to improve our lives and the planet.

Portions of this article were previously posted via other platforms:
Transparency is Essential in Science Outreach and Advocacy on Monsanto: Beyond the Rows
You Can’t Swim without Getting Wet on Medium