Wilf Keller Inducted into the Saskatchewan Agriculture Hall of Fame 2017 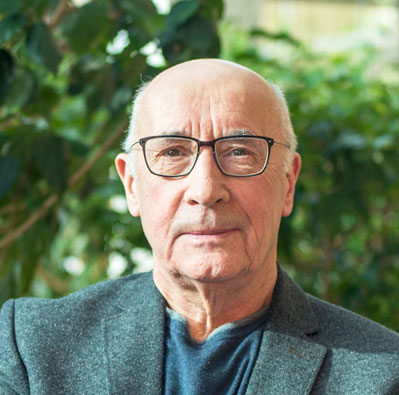 Wilf Keller has been an effective and tireless champion of agricultural biotechnology, both as a researcher and advocate.

Born at Melville in 1947 and raised on a nearby farm, Wilf earned his Bachelor of Science Degree in Agriculture and then his Ph.D in Crop Science, both at the University of Saskatchewan.

Following his university training, Wilf became a Postdoctoral Fellow of the Max-Planck Institute fur Biologie in Germany. After completion of his Fellowship, Wilf worked at the Agriculture and Agri-Food Canada Research Centre in Ottawa from 1973-89 in a number of capacities.

In 1989, he returned to Saskatchewan to join the National Research Council’s Plant Biotechnology Institute in Saskatoon and served in various roles for the next 19 years.

Wilf led the development of new plant breeding technologies with impacts in canola, flax, mustard and broccoli. The work of Wilf and his colleagues contributed to the first plant gene transformation experiments and was a prerequisite to the development of the first herbicide tolerant canola variety in North America. Commercial production of genetically modified herbicide tolerant canola began in Western Canada in 1997, a major milestone in what would become Saskatchewan and Canada’s most valuable crop.

Following retirement from the Plant Biotechnology Institute, Wilf continued to devote himself to the development of agricultural biotechnology taking the role of President and CEO of Genome Prairie and later as President and CEO of Ag-West Bio. He was one of the people who supported the development of the Global Institute for Food Security at the University of Saskatchewan and was a major behind-the-scenes participant in advancing the initiative.

Wilf’s academic prowess has earned him many awards and he has given countless presentations to advance the understanding and acceptance of biotechnology. He is often praised for being able to describe agricultural biotechnology in a manner that can be easily understood by everyone. It has been his lifetime’s work to further develop and share the uses of ag biotech.

Congratulations to Wilf from the Ag-West Bio staff!