Wilf Keller inducted into the Canadian Agricultural Hall of Fame 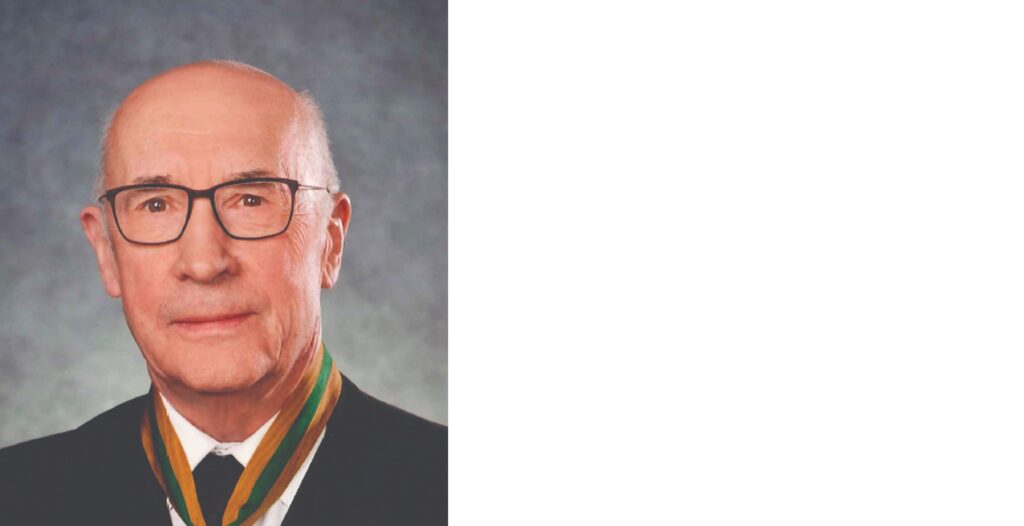 Ag-West Bio directors and staff would like to congratulate Ag-West Bio's President and CEO Wilf Keller on being selected as an inductee into the Canadian Agricultural Hall of Fame on July 4, 2018.

From ground-breaking science, to leadership in economic development, Wilf is known for making positive things happen in agriculture.

Wilf grew up in the small town of Melville, Saskatchewan. He earned a PhD in Crop Science at the University of Saskatchewan, followed by postdoctoral studies in Germany. Wilf’s science career spanned more than four decades, including 16 years with Agriculture and Agri-Food Canada, where he pursued research on the development of cellular and genetic technologies and their application to several Canadian crops, most notably canola, and contributed to the establishment of a plant biotechnology research program. This was followed by 19 years of service at the National Research Council’s Plant Biotechnology Institute (PBI) in Saskatoon. In 2007 he took a one-year posting as acting director general of the PBI, then served as president and CEO for Genome Prairie from 2008 to 2012. Along with his current role as president and CEO of Ag-West Bio, Wilf is Chair of the Agricultural Institute of Canada.

Throughout his science career, Wilf led many major research initiatives, including the application of genomics in canola improvement; the development of industrial bioproducts from vegetable oils; and production of bioactive natural products in plants for enhanced human health and quality of life. His ground-breaking work on canola helped launch the crop to the crop's current level of success – contributing $26 billion to Canada’s economy each year.

Most recently, Wilf can be credited with providing leadership to the team that submitted a winning bid for federal funding for the Protein Industries Canada supercluster.

In 2010, Wilf was honoured with a Lifetime Achievement Award by The Society for In Vitro Biology; in 2015, he received the province's highest honour, the Saskatchewan Order of Merit; and in 2017, he was inducted into the Saskatchewan Agricultural Hall of Fame.

Wilf was nominated by the Ag-West Bio board of directors and the Canadian Canola Growers Association. The induction ceremony will be held in conjunction with the Royal Agricultural Winter Fair in Toronto, on November 4, 2018. For more information on the 2018 inductees, visit the Canadian Agricultural Hall of Fame website.