Why should we trust science? 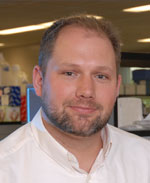 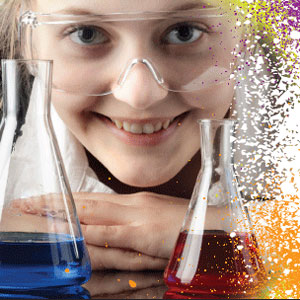 We live in remarkable times. It seems every week we are given new reason to celebrate science and wonder at the mystery of Nature. From God Particles to increasing evidence of life on Mars to treatments for seemingly incurable diseases, we have been given a front row seat to some of the most groundbreaking moments in science. Outside these historic achievements we are increasingly surrounded and influenced by science in our daily lives…the technologies we embrace, the medicines we take and the foods we eat all reflect contributions of science. In spite of this tremendous influence of science in our lives, I sometimes suspect that we are living in a very unscientific era. That a significant portion of the population has very little appreciation of how these advances work and perhaps more importantly, have no understanding of the process that led to these discoveries.

Some might argue that it is possible to benefit and enjoy the products of science and engineering in the absence of an appreciation of how they work; for example, that automobile can provide great enjoyment and utility to someone who lacks an appreciation of the workings of the internal combustion engine. I don’t disagree with that argument, but I suggest that the problem runs deeper.

There is a process to science. It is very simple and very powerful but in my mind, it is being ignored by many people in how they approach their lives. As scientists, when we want to figure out how something works the first step is usually to take a guess. This may not sound very scientific but this is how it works. We call it a hypothesis to make it sound more impressive but really it is just a guess. The next step is to design and execute experiments to disprove that hypothesis. You try to prove yourself wrong; you don’t try to prove yourself right! The purpose is to test the hypothesis not to prove the hypothesis. This is not easy to do – but it is critical to get at the right information. The experiment is a question you ask of nature; the results are her response. It is important to appreciate that nature doesn’t lie, but you have to ask the right questions. Now, when you perform these experiments to disprove your guess you careful watch the results as they come in; if the results support your hypothesis that is great. It doesn’t necessarily mean you are right – it just means you haven’t been proven wrong yet. We in science live in constant threat of our guesses being proven wrong. If the results don’t support the hypothesis then the hypothesis is wrong. It doesn’t matter how elegant the guess is, it doesn’t matter how important the scientist is; if it is wrong, it is wrong, and a different or modified guess is required.

This approach to science hasn’t changed in a long, long time. The first groups of hunters made the guess that hunting upwind of the animal was more effective that hunting downwind. We made guesses, we tested them and we benefited from the results. The difference back then was that if you didn't practice this method– if you didn't use the intellect that we as humans have been blessed with– you were unlikely to survive.

I would suggest that in our modern times, where we have benefited so much from science, many of us have lost our scientific way; instead we have embraced ignorance and superstition. How many of you know who Jim Carrey is? How many of you know who Maurice Hillman is? This is part of the problem. It is not a trivial matter. We as a society face tremendous challenges that threaten our quality of life and even our survival. The answers to these challenges will likely come from science. We need the support, engagement and appreciation of the population as a whole– rather than just those in white lab coats– to tackle these problems. We need to include the vigilance and guidance of an informed and engaged population who evaluate science based on facts and make personal decisions by similar criteria.

There is tremendous opportunity when scientists and the public work together. The development of a vaccine for polio offers a tremendous example of the strength of partnership between science and society. Polio used to strike fear in the hearts of parents and children alike, a terrible crippling infectious disease that has been largely reduced to a historical footnote thanks to the development of an effective vaccine. While many would credit Jonas Salk with the development of this vaccine (although a larger number would unfortunately have no idea of the person responsible) the story is more complicated. While Dr. Salk certainly deserves credit and acknowledgement for this wondrous achievement, his work would not have been possible without the help and engagement of the population. The public came together, they offered their dimes and more remarkably, they offered their children to test the vaccine. This engagement was born out of fear of the disease and respect for science to provide a solution. When the results came out that the vaccine was a success, the public reaction was what we now expect for a play-off win rather than a scientific discovery. This vaccine was not just a success for one man but a success for mankind. While this success is most readily quantified by the reduced threat of polio there was also the secondary benefit of having the public engaged in active science.

I fear in the modern age there is an increasing disconnect– even mistrust– between the public and those who practice science. This benefits no one. As scientists it is easy for us to throw up our hands and cite the lack of interest or failings of the education system for the inability or unwillingness of the public to embrace science. That response also benefits no one. We, as scientists, must accept our share of responsibility for these attitudes. We must engage the public, we must admit to our failures, setbacks and uncertainties. It is not acceptable to separate ourselves from the public to the creation of a white-coat cult. It is absolutely critical that we foster and encourage not only the next generation of scientists but also a population with an appreciation and respect of science and how it is conducted.