Why do people fear GMOs? 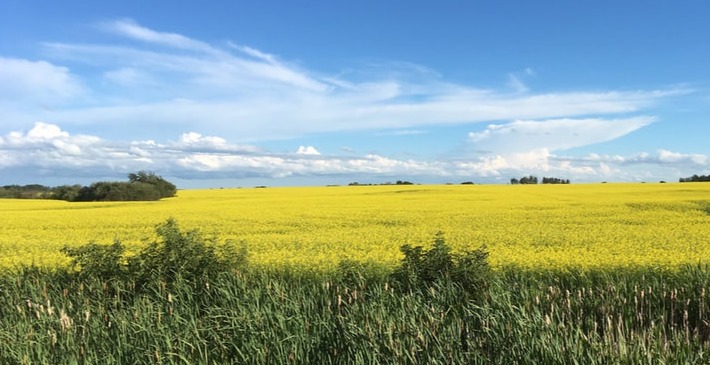 Whether it's vaccines, nuclear power, fluoride in water or any number of issues, people's, fear comes from several sources and is then amplified by various facets of human nature and those who can gain by exploiting it. There are many factors that go into the fear of GMOs. Here are a few of the major ones, in my view:

This is certainly not a comprehensive list of reasons why people fear GMOs, but these are a few major ones. The science, however, does not support these fears. Genetic engineering is no more risky, and arguably much less risky, than any other breeding method.

PHOTO: A Saskatchewan canola crop in summer. Most canola varieties grown in Canada are products of genetic engineering, commonly referred to as genetically modified organisms, or GMOs.

Michael Robin is a Saskatoon-based science writer and communication strategist. This article was first published on Science, Simplified and republished with the author's permission.