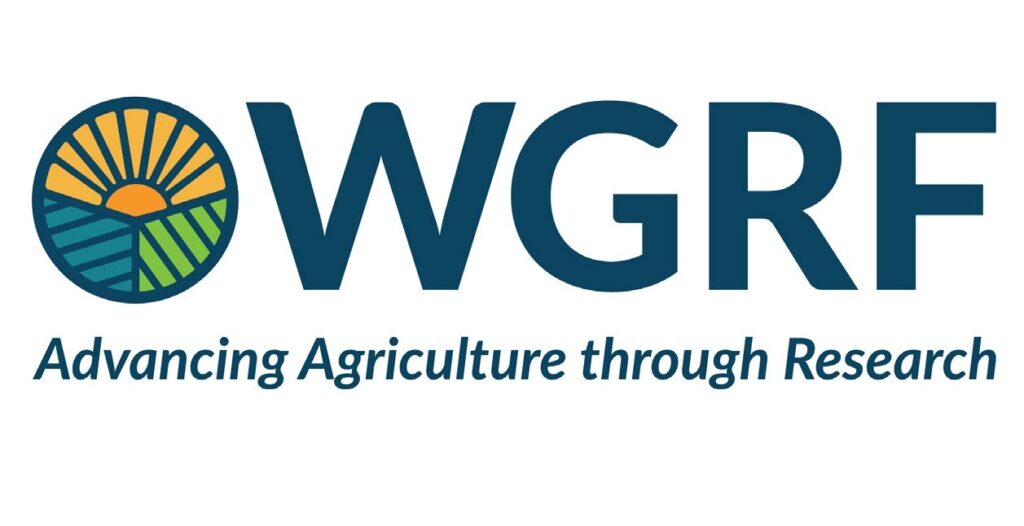 2021 marks the 40th anniversary of the ground-breaking organization that has grown up to be the largest producer funder of field crop research in Canada.

WGRF has undergone significant changes in strategic direction in recent years. These changes and the anniversary have created an opportunity to refresh the look of the organization with a redesigned logo and website, as well as reflect on the impact that the organization has had on farmers.
Originally formed by 12 farm groups in 1981 with a vision for a robust agricultural research funding organization directed by and for western Canadian grain farmers, WGRF has always stayed true to its roots.

“WGRF is committed to the original intent of the founders of the organization, that we would be a western Canadian, multi-crop organization comprised of a diverse membership and working with the sole purpose of funding research to benefit western Canadian crop producers,” says Garth Patterson, WGRF Executive Director. “That vision and mission have really held up over time. As part of our 40th anniversary, we’ll be reaching out to stakeholders in 2021 for their views on the most pressing issues affecting farmers and the types of research that WGRF should be funding.”

Dr. Keith Degenhardt, WGRF Chair, applauds the founding members for getting farmers involved from the outset. “We are the ones who are on the land experiencing the different challenges, so we have a good feel for where the funding should go in research,” says Degenhardt who operates a mixed cattle and seed farm at Hughenden, Alberta. “It’s important for farmer funded research to be farmer directed because it gives you ownership and responsibility to make investments in research that help farmers.”
Since 1981, WGRF has invested more than $200 million on behalf of farmers in more than 550 crop research projects. More than 130 farmers from across Western Canada have worked together on the WGRF Board over the past four decades. By guiding research funding decisions, they’ve been instrumental in advancing agriculture for the betterment of all Prairie farms.

Today, the WGRF Board is made up of 18 farmers from the four western provinces. Their collective voices ensure that funding is awarded to research that is most needed by their fellow farmers.

“The fact that WGRF is still going strong after 40 years means that Prairie producers have shown the willingness to invest in research on a long-term basis,” says Degenhardt.