WGRF built on a solid foundation

Farmers looking out for farmers

“It was a group of farmers who got together to suggest to the government of the day that those funds should be used to fund crop research,” says Lorence Peterson, past Western Grains Research Foundation (WGRF) executive director, of the beginnings of the organization.

Peterson shepherded WGRF through its middle years from 1997 to 2003. It’s an interesting vantage point from which to view WGRF’s journey, its importance to Canadian agriculture, and the unique qualities that make it one of the most enduring producer-led agencies on the Prairies. 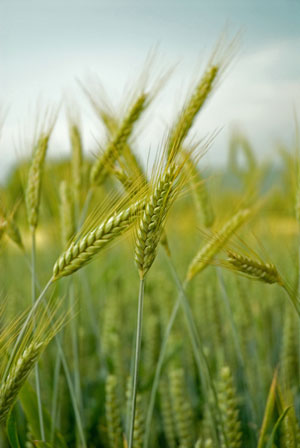 The funds Peterson refers to, of course, are the $9 million left in the Prairie Farm Assistance Act (PFAA), which had been established in 1939 to assist farmers suffering crop losses. They were producer dollars from the very beginning: farmers were charged 1% on all deliveries to build the fund, and payouts were rationed to half a claimant’s acres.

Overtaken by better insurance programs, the federal government decided to discontinue it. So, what to do with all that money?

Seeing an opportunity, leaders from 12 farm organizations (from pools to crop associations to policy groups) came together in 1981 to form WGRF. From the start, their vision was to establish a robust agricultural research funding organization, one that would consult farmers about what they needed, then work with research providers to fill that need.

WGRF received the PFAA funds in May of 1983 and the Endowment Fund was established. “At the time the money was turned over, interest rates were really high,” says Peterson. The board invested the money and agreed to maintain the principal by spending only the earnings on research projects “They understood from the start that this money would only do for a while,” says Peterson. The board realized the Endowment was a temporary fix, and that a check-off was needed.

By 1984, WGRF’s research policy was in place, and funding began. The Canadian Federation of Agriculture handled all the administration until Herman Austenson, head of the Crop Science Department at the University of Saskatchewan, was appointed as the first executive director in 1989. There was a time, laughs Peterson, when WGRF was pretty much contained in two drawers in Austenson’s filing cabinet in his office.

In 1994, WGRF began to administer wheat and barley check-offs, directing these dollars directly to wheat and barley breeding programs, while the Endowment Fund continued to support research on all western crops.

Another revenue stream was introduced when the federal government decided to transfer the money it received from CN and CP for exceeding their revenue cap. “We were able to satisfy authorities then that WGRF was a reputable farmer organization with a research funding track record,” he says.

Rail Revenue Entitlement money is usually measured in the hundreds of thousands, occasionally reaching into the millions, or sometimes nothing at all. Then in 2008, it was $68 million – a one-time cash injection that lifted the Endowment out of the need for maintenance costs, and allowed it to become large enough to have a significant impact on research.

Peterson says leveraging other funds and grants has always been an important approach to help make WGRF dollars go even further.
Working together for the common good

WGRF has established graduate research scholarships, and important co-funding relationships with other funding bodies across Western Canada. Its membership structure has expanded, but producer organizations still call the shots.

The research funding numbers are staggering – over $125 million in total invested in variety development and field crop research. But for Peterson, the lasting impression is of the people and their commitment to work together for the good of farmers.

“I wondered, when I started, how these producers would get around a table and discuss things,” he says. “But everybody left their political hats at the door and asked themselves, how can we make the best use of this money to get the most benefit for farmers? The reason why it worked, and still works, is because the members continue to do that.”