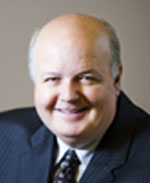 Partner in the Saskatoon office of Miller Thomson 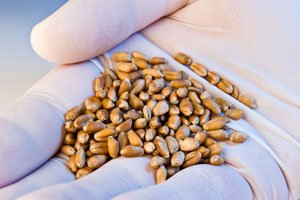 Development of a new seed variety requires a substantial investment of time and money. The quest to discover new traits and improve plant performance can be highly unpredictable, particularly in traditional (non-transgenic) breeding, as the process of cross-pollination of related species can lead to random results. A breeder will sort through large numbers of crosses to attempt to select the seed lines that show the most promise, and will then enter what appear to be the best lines into trials. A seed line may undergo several years of trials before the developer seeks to register it as a variety. Even after what could amount to ten or more years of development and trials work, many varieties will not end up being profitable.

In light of that large investment before development work turns into a variety that can be sold commercially, every seed company wants to ensure that it receives the commercial return from the varieties that it develops.

The highest profile court cases involving protection of proprietary seed have involved Monsanto and its Roundup Ready varieties. In those cases, Monsanto has relied heavily on the patents protecting plants containing its genetically modified genes. Patent rights are powerful in this context, as they prevent the commercial use of the patented process or material by any party who does not have a license. As planting and harvesting of a crop is a commercial use, Monsanto has been able to obtain remedies from courts against growers with whom it has no contractual relationships.

Notwithstanding the Monsanto cases, most plant breeders do not rely on patents to protect their varieties. Rather, breeders in Canada have used a combination of contracts and registrations under the Plant Breeders’ Rights Act (PBRA) (S.C. 1990, c. 20) to prevent others from making commercial use of their proprietary seed. Plant breeders’ rights are a form of intellectual property that restricts the ability of others to use registered seed varieties. Contracts and plant breeders’ rights have been the best tools available to most seed companies, but they nonetheless have limitations.

Plant breeders’ rights are not unique to Canada. Similar intellectual property protections exist around the world. The International Union for the Protection of New Varieties of Plants (UPOV) was created in 1961, and over sixty countries have passed legislation that conforms in some fashion with the Acts of the UPOV Convention. The most recent Act of the UPOV Convention was passed in 1991, and is commonly known as UPOV 91.

Now the Canadian government is seeking to amend the PBRA. The amendments are being introduced through Bill C-18, which also will amend several other Acts governing agriculture in Canada. Bill C-18 was introduced in the House of Commons in December 2013 and received second reading on March 3, 2014. Agriculture Minister Gerry Ritz has stated that he hopes the legislation will be in force by August 1, 2014.

One of the federal government’s stated objectives in amending the PBRA is to bring it into compliance with UPOV 91. The United States, European Union, Japan and Australia already have legislation meeting the requirements of UPOV 91.

The proposed amendments to the PBRA are not without controversy. The National Farmers Union is strongly opposed, arguing that the amendments will shift too much control of the seed supply to plant breeders and take money from the pockets of farmers and shift it to the seed companies.

The scope and detail of the amendments go beyond what can be covered within a single blog entry, so over the coming weeks and months we will assist our readers by tracking the progress of Bill C-18 and by providing analysis of the potential effects that may be felt by the seed industry and primary producers.

The scope and detail of the amendments go beyond what can be covered within a single blog entry, so over the coming weeks and months we will assist our readers by tracking the progress of Bill C-18 and by providing analysis of the potential effects that may be felt by the seed industry and primary producers. Stay tuned!

This post relating to the law is to be used for educational purposes only; the author and Miller Thomson LLP do not intend it to be a source of legal advice. You should retain and seek the advice of a lawyer and use your own good judgment before choosing to act on any information contained in this post.  If you choose to rely on any information contained in this post, you do so entirely at your own risk.
Originally posted on Miller Thomson’s blog “The Food Web: Canadian Agribusiness and Food Law”    Republished with permission from the author.
All blogs in this series:
Part I, Part II, Part III, Part IV