To PNT or not to PNT – that is the question! 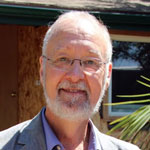 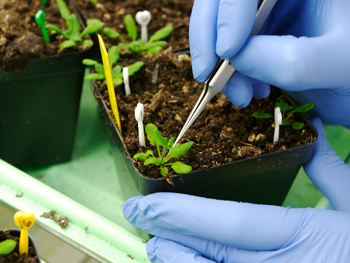 In the late 80s, when it became clear that crop varieties produced through genetic engineering techniques would be entering the market, various governments (including Canada) implemented a series of new regulatory steps in the variety registration process. This was because of the perception by some that the new varieties might represent risks to either human health or the environment.

This was despite the fact that up to that time plant breeding had used various techniques to produce new crops or varieties with no evidence that any of those techniques posed any risk to human health or the environment.

After much discussion, Canada decided that genetic engineering as a process was not inherently more dangerous than other plant-breeding techniques. Through the Canadian Food Inspection Agency (CFIA) it was decided that the product would be regulated, rather than the process through which it was produced. At the same time, the term “Plants with Novel Traits” (aka PNTs) was introduced for any variety that might require this extra level of scrutiny. To many breeders this approach made sense.

Unfortunately, all products of genetic engineering have come under such scrutiny, which brings into question whether we are truly regulating the product rather than the process. An unforeseen effect was that new varieties produced by traditional means – and previously registered with no such oversight – would now also require extra scrutiny.

Cindy Pearson, national manager of the Plant Biosafety Office with the Canadian Food Inspection Agency, was recently quoted in the Manitoba Cooperator regarding new gene-editing technologies such as CRISPR/Cas-9. According to the article: "Pearson said plants using CRISPR/Cas-9 technology are considered to have novel traits, which means they will be assessed by Health Canada for their safety as a food, and by the CFIA for environmental safety and use as livestock feed.” This is contrary to decisions on how varieties using this technology will be treated by some other countries, and again, it flies in the face of the idea of regulating the product rather than the process.

Part of the issue with regulating the product is the question of what exactly is a novel trait. The traits bred for by plant breeders have changed very little over the 100 plus years of breeding: yield, pest and disease resistance, maturity, end-use quality and competitiveness. Plant breeding is all about novelty in the sense that if a new variety does not possess a new trait (or a new level of that trait – for example, better pest resistance or a lower level of a trait that affects end-use quality negatively) it would have no value in the market. Until recently, we had no idea as to what was changed at the molecular or biochemical level to achieve these traits; but experience tells us that whatever the change, it had no detrimental effect on human health or the environment.

Breeding for herbicide resistance could truly be considered a novel trait. However, the whole development of herbicides was predicated on the fact that they are designed to kill plants that are naturally susceptible to the herbicide, but not others. So in a sense this was not novel. All grasses/cereals are naturally resistant to the auxin-type herbicides, such as 2,4-D.

It has been 25 years since the concept of PNTs and the extra level of regulation was introduced in Canada. While it seemed to be the right approach at the time, it is my contention that the additional regulatory scrutiny has not resulted in additional protection to human health or the environment. It has, however, resulted in increased costs for breeders to collect the information required by CFIA for PNTs. It surely is time that this legislation is reviewed and a more rational approach developed. Perhaps the greatest challenge that will affect our ability to feed the (overly emphasized) 9 billion people in 2050 is not our capacity to deploy technologies to produce enough food, but our devoted capacity to use regulations to mute the sensible and economical adoption of the technology.