The Pulse of Saskatchewan: SPG at work for producers 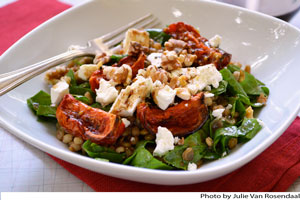 Saskatchewan Pulse Growers (SPG) is cooking up creative ways to teach Canadians to love pulses. Also known as ‘legumes,’ pulses include dry peas and beans, lentils and chickpeas. Saskatchewan is the heart of Canada’s pulse industry, with almost 5 million acres seeded each year – over 90 per cent of Canadian production and around 60 per cent of the world’s lentil and pea exports1.

Nearly 85 per cent of Saskatchewan-grown pulses are exported. Although highly nutritious and easy to prepare, pulses are not a staple in most North American households. Amanda Ryan, SPG’s Director of Communications and Market Promotion, says the organization is working to change this, ramping up the marketing aspect of its communications efforts in order to increase awareness of this healthy food choice and, ultimately, to create more demand at home.

SPG decided to focus on lentils and has a staff member dedicated to marketing the heart-healthy crop, with the goal of doubling the lentil consumption in Ontario and British Columbia by 2013 (these two provinces were found to be food trendsetters). As part of the awareness campaign, SPG recently recruited celebrity chef Michael Smith (Food Network Host) to champion their cause. Ryan says Chef Smith didn’t need convincing; “He was a big fan of lentils already.”

One aspect of the campaign is a webinar series called “Discover Lentils” which walks viewers through the fundamentals of cooking with lentils and features recipes developed by Chef Smith. The marketing package also comprises videos featuring the charming chef, including a visit to a Saskatchewan farm where Smith talks to farmers about modern practices. Changing eating habits can be a slow process, but Ryan says incorporating pulses into a diet isn’t difficult. “Once you start, it’s really easy to add some lentil puree to a sauce, or toss chickpeas into a salad.” She admits that the majority of the Saskatchewan pulse harvest will likely continue to be shipped overseas and says that market is very important to our industry, but adds, “I think it’s important for Canadians to understand and support our local farmers too.” 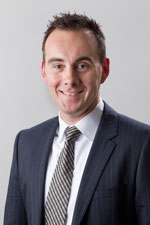 Pulses may be novel in many Canadian kitchens, but producers are very aware of these crops, thanks in part to years of work by Saskatchewan Pulse Growers. Over the past 25 years, the grower directed organization has been funding research to develop crops with better genetics and agronomic traits, as well as conducting extensive market research, resulting in benefits both to the environment and to producers’ bank accounts. SPG represents over 18,000 pulse crop producers in Saskatchewan.

Originally funded by personal donations from its farmer members, in 1984 SPG established a check-off, or levy, to fund industry development. Research dollars come from this mandatory, non-refundable one per cent levy, deducted at point of sale and submitted by the purchaser to Saskatchewan Pulse Growers. Producers are central to deciding where the money is spent; the SPG board is producer-elected and includes seven growers. In return for their levy, producers get royalty free access to new varieties as quickly as they become available. Around 60 per cent of SPG’s budget is spent on research, which is divided into three categories: breeding, agronomy and processing, with the goal of increasing pulse production in Saskatchewan and developing new markets for the crops. A variety of methods are used to decide which research projects to fund: SPG puts out calls for proposals; researchers may submit proposals; or SPG may set up specific research programs based on producer need, such as a current project related to weed management.

A significant amount of SPG funded research is conducted at the University of Saskatchewan’s Crop Development Centre, but research projects take place across the country –such as the Universities of Toronto and Manitoba –and around the world. For example, a research project with Tamil Nadu University in Southern India focused on new uses for split green lentils in South Indian foods, as an alternative to more expensive crops native to India. As in any other business, farmers are working to make a profit. “They’ll choose the crop mix that returns them the most amount of money,” says Carl Potts, Executive Director for SPG (pictured here).

When canola prices are high, for example, farmers may shift more of their acres into canola. “That’s why research on productivity and agronomy is incredibly important, to ensure that we continue to be competitive on a return per acre basis, with other cropping alternatives Saskatchewan growers have,” says Potts. “We also have to be competitive with other suppliers globally – with Ukraine, the U.S., Australia and Turkey for example, to ensure we can be competitive in the major markets where we sell. That’s why our R&D program is so important.”

Pulse crops not only perform well in the markets; they also play a key role in sustainable farming practices. Pulses fix nitrogen from the air, meaning they don’t require nitrogen fertilizer. The crops also make nitrogen available in the soil in subsequent years, reducing the need to purchase fertilizer to grow more traditional crops like wheat or canola. Using pulses in a three to four year rotation with other crops also break disease cycles, and helps with weed management and pest pressure. “Over all, there is a very low environmental footprint,” says Potts.

Sustainability and food security are areas where pulses can play a major role, says Potts. This efficient, plant-based protein source is in demand, especially in South Asia where there is a large vegetarian market, and that market is expected to grow exponentially in the next few decades. This, along with the environmental attributes of the crops, in terms of soil health and nitrogen fixation, mean great opportunities in the Canadian pulse market.

Communicating to producers is an important aspect of SPG’s function. Potts says it’s important that growers receive information about new varieties and practices quickly in order to be competitive. SPG uses a diversity of tools to keep producers informed. PulsePoint magazine, field days and regional meetings are all important to ensure pulse growers in the province stay informed and competitive. Pulse Days is an annual event in Saskatoon held during Crop Production Week, where producers can hear about the latest trends and tools and talk directly to researchers.

As producers look for ways to be more efficient, SPG is increasing its web presence with a new website being launched this summer, and , more efforts focused on social media tools. For example farmers can stay up to date on market fluctuations and conditions by following Twitter (search for them at @SaskPulse). Potts stresses the importance of the SPG work on market research and development. Working on improving varieties and disease resistance to increase production is important, but the market research is necessary to create the demand. “Those have to increase hand in hand. If you increase production too quickly without markets all you’re going to do is depress prices. We’re very conscious to make investments in both those areas because what we’re really striving for at the end of the day is profitable increases in production of pulses here in Saskatchewan.” For more information about SPG’s activities, including a complete listing of research projects, visit their website: www.saskpulse.com