The new era of synthetic biology

Synthetic biology may sound futuristic, but it is a technology that has been used successfully for many important applications in the last decade—and we are only beginning to tap its potential. 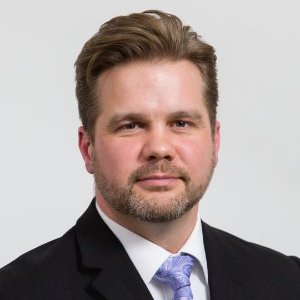 Phillip Stephan, Vice President of Strategic Initiatives at the Saskatchewan Research Council says, “Synthetic biology is a rational evolution from what we’ve already been doing in molecular biology. It’s applying engineering principles and discipline to the area.”

Stated simply, synthetic biology is the engineering of biological components, systems or organisms to make chemicals or materials. For example, existing organisms such as yeast and bacteria can be adjusted genetically to create hormones or other high-value products which can be harvested in a lab.

Some of the earliest applications of synthetic biology were in DNA testing where synthetically produced DNA was used as probes and primers in genotyping assays. “These are the earliest examples of using a machine to fabricate a biological element, creating the genetic code,” says Stephan.

“The core elements of synthetic biology have been around for 10-15 years. What has really changed is the reduced cost of artificial gene and protein synthesis.” 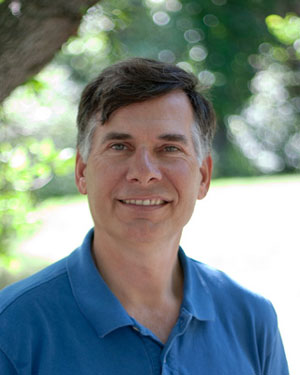 Dr. Patrick Covello, Senior Research Officer of Aquatic and Crop Resource Development at the National Research Council, has had historic success with applications in synthetic biology. He was part of a cross-border team at Amyris, a company that used synthetic biology to create a yeast to manufacture artemisinin, the active compound in malaria drugs.

Before this, the compound was extracted from a plant called Artemisia annua, or sweet wormwood, whose availability and affordability is subject to weather and agricultural economy fluctuations.

“The discovery has been billed as one of the important success stories of synthetic biology, in terms of taking components and putting them into microbes to produce chemicals,” says Covello.

Here in Saskatoon, the Saskatchewan Research Council’s bio-fermentation and bio-manufacturing lab provides synthetic biology services to any organization that needs it.

“Clients from across North America use biology tools to engineer a microbe that produces a product of interest, such as a protein, a bio-plastic, or a plant compound. Then we develop the processes to produce the material they want. We scale it up, helping them move from proof of concept to regulatory approval and commercialization,” says Stephan.

“We’re now selecting traits as building blocks. Genetic engineering used to focus on cutting and pasting existing genes; now we have the genes for a desired trait, and we can synthesize it and plug it into a production system or living organism. The living organism is still the workhorse. There is efficiency in using living organisms to replicate themselves.”

Inspiring the next generation of synthetic biologists 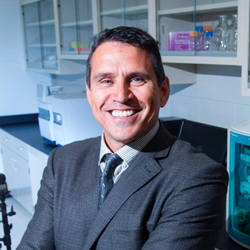 Blaine Chartrand, Program Head of BioScience Technology at Sask Polytechnic’s School of Animal and BioSciences, is turning out microbiology technologists who are doing a large proportion of the bio-synthetic work in Saskatoon’s research cluster.

He is a member of iGEM (International Genetically Engineered Machine), an organization based at MIT that standardize genetic building block into ‘Bio Bricks’. As a member, Chartrand can provide his students access to a huge library of standardized genetic building blocks, which they can use to engineer their own products. Sask Polytechnic has the only registered iGEM lab in Saskatchewan.

“The era of bioengineering that is taking place right now reminds me of the biotech era of the 1990s,” says Chartrand. “All these startup businesses, run by young entrepreneurs just out of school, are gaining interest and funding from more established companies. They’re doing all kinds of innovative things with tools that just weren’t available 10 years ago.”

Chartrand gets students to think entrepreneurially—find a problem, and build something to solve that problem. “It can be anything: biofuels, pharmaceuticals, fragrances…”

He is also beginning to work with high schools, starting synthetic biology clubs with the goal of competing at iGEM in the future.


The future of synthetic biology

Just as the 1990s heralded an explosion of opportunities in biotechnology, the first decades of the 21st century heralded synthetic biology opportunities that have yet to be fully imagined or realized. Using E. coli and baker’s yeast as ‘chassis’ on which to build microscopic factories, a whole host of potential chemical components, from drugs to fuels could be created.

“Fifteen years ago, scientists were busy discovering which genes were involved in producing various compounds,” says Covello. “Now, bacteria can be used as manufacturers and be programmed to make them. We can change parts of microbes, or change hundreds of genes, either native to the bacteria or yeast, or introduced to it.”

“Often chemical engineers haven’t considered using some of the more rare chemicals in nature because they’re too hard to source. If there are ways to make them more readily using synthetic biology, then who knows what engineers could do with them?”

Covello points out the potential of harnessing plants that make bioactive chemicals—such as compounds that heal wounds naturally. “Canada has a good community of plant scientists working on alkaloids used in cancer drugs, and morphine related chemicals from opium poppies. Those all have potential to be produced using synthetic biology.”

Knowledge is increasing and cost is decreasing. Students are being encouraged and inspired by teachers who are passionate about new era of synthetic biology. Saskatchewan has infrastructure and expertise already in place.

The new era of synthetic biology is already here.