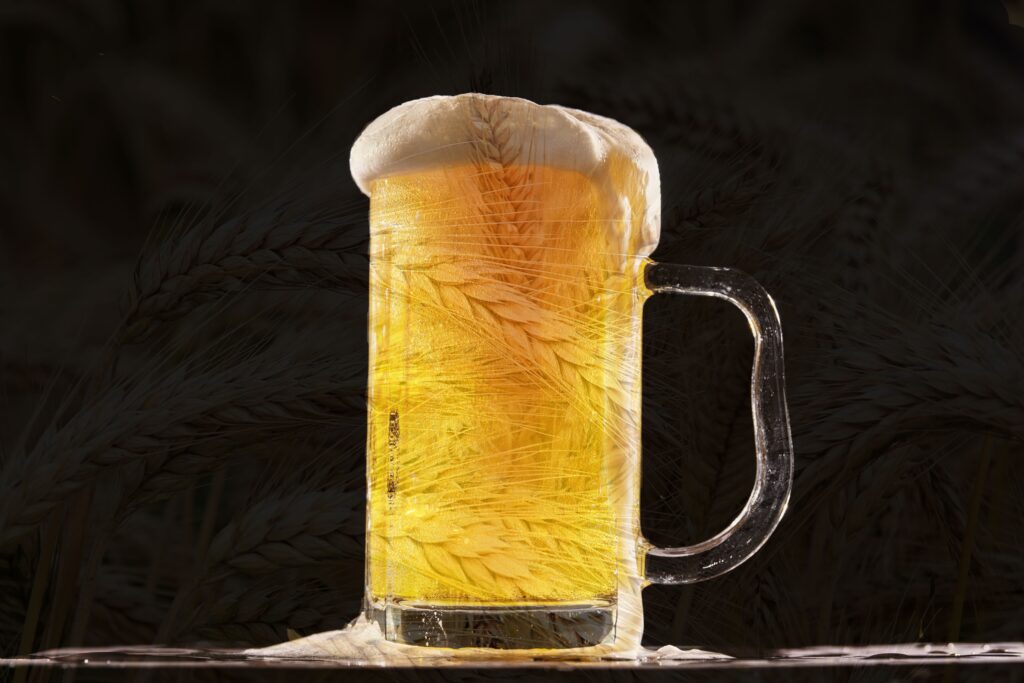 Agriculture and Agri-Food Canada (AAFC) has led the first project to sequence a Canadian variety of malting barley. While this might not immediately excite the average barley consumer, it is a big step towards better barley and better beer — one worth raising a glass to!

Simply put, a genome is the genetic code of a living organism. By understanding the genetic code of crops like barley, scientists are better able to predict how the crop will fare under different conditions, such as drought or extreme temperatures, or what quality the end product might have. In turn, this allows plant breeders to select favourable traits. These traits make the crop more profitable, which appeals to farmers and end-users. And that means more barley for all of us.

“As new sequencing technology is evolving, the process of sequencing an entire genome is easier than it was just a few years ago, but assembling a big genome like barley is still not a piece of cake,” notes Dr Wayne Xu, who works at AAFC’s Morden Research and Development Centre, in Manitoba. Dr. Xu is the biology study leader in bioinformatics and led the assembly of the barley variety AAC Synergy genome. “Nowadays the problem is not about generating sequencing data — the problem now is to have bioinformatics experts and hardware that can compute the data.”

International collaboration on sequencing the barley genome began in 2006, but not until 2019 did work begin that focused exclusively on one of Canada’s most planted malting barley varieties: AAC Synergy. Amazingly, the sequencing and assembling of this large genome was done in just one year!

This work is part of a larger project that looks at both barley and oat genomes. It’s called “Targeted and Useful Genomics for Barley and Oat” or “TUGBOAT” for short, and is led by two AAFC scientists, Dr. Nick Tinker (lead) and Dr. Ana Badea (co-lead).

“Not only does this add to the international research community’s understanding of the barley genome, it gives Canadian researchers and breeders more data about the barleys adapted to Canada. By working on both oat and barley, our team is learning more about how to integrate this information into breeding programs, and we make better use of experts who can contribute to both crops.”

Dr. Tinker adds, “It’s important to remember that genes are like needles in the proverbial haystack — and we have only just finished finding the haystack!”

Breeding for Beer… and also Feed and Food

As a barley breeder, Dr. Badea is focusing on the development of barley cultivars for western Canada — where about 95 per cent of Canada’s barley is grown. She notes that this genome work is essential for diversity analyses, gene discovery, and molecular marker development, which is important in breeding.

Because North American barley has evolved distinctly from European varieties since it was introduced in the 1600s, the team expects there will be small region-scale differences in the crop’s quality and tolerance to environmental stressors. These could only be discovered by having the full DNA sequence for Canadian barleys, such as AAC Synergy, to compare to barley genomes of different origins. Since many traits are controlled by the presence or absence of genes, having only one reference genome means researchers would never find these genes if they were not present in that one reference genome. These detailed differences are key in breeding and genetic work.

Given that it normally takes about a decade to develop a new crop variety, these genomic tools are an important leg up in ensuring the breeders are on the right track as early as possible.

“Since AAC Synergy is a high yielding malting barley, it will give Canadian breeders the ability to make selections for yield and malting quality at early stages in the breeding program — this could greatly increase the chances of developing good new malting varieties,” says Dr. Badea.

But what’s the big deal about malting barley? Why are researchers so focused on it? It is the barley used in beer, and it requires special traits to do its job in the beer-making process. It is the highest quality available — it gets the premium price into producers’ pockets. Canada is known as a world leader in high quality malting barley.

First, the barley must be one of a handful of varieties recommended for malting, which involves years of malting analysis to ensure the variety is likely to produce grains that will meet the quality test. Secondly, the grain must be graded as malt quality when the producer delivers it to his or her buyer. In a given year, approximately 75 per cent of the harvested malt barley does not meet the grading standards for use in brewing and is subsequently used as livestock feed.

During the past decade, of the total global barley consumption, about 65 per cent was used as feed, about 20 per cent for industrial use (which includes malting), and a small amount (five per cent) was used for food, while the rest was used for other purposes.

So while beer drinkers might not spend too much time thinking about barley genomes, they can rest assured that the barley breeders and researchers are. And it’s helping to improve their future pints of beer