The dirt on regenerative agriculture 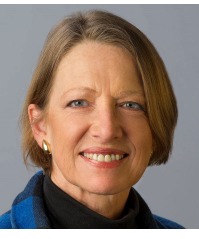 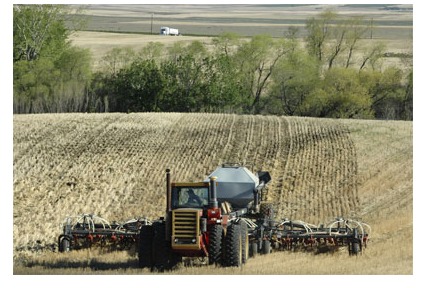 A debate has emerged in nutrient management and fertiliser advice, brought to a head by the hype about regenerative agriculture.

Proponents of the latter are telling farmers that the soil has thousands of years of nutrients and synthetic fertiliser isn’t required. The theory is that animals, including worms and other organisms, will make the nutrients available in their excreta.

The opposite approach from soil scientists is that to maintain soil quality, what is removed in animal and plant harvest (or lost to the environment) must be replaced. If improvements in soil quality are required (development), more nutrients than removed will be required.

This maintenance or development approach was pioneered in New Zealand by soil scientists in the 1970s and 1980s. They initiated the Computerised Fertiliser Advisory Service with soil tests investigated, chosen for appropriateness for New Zealand soils and then calibrated for New Zealand conditions rather than those of the northern hemisphere.

Fertiliser advice has been improved and refined over the years, but a basic truth remains – soil organisms cannot create mineral nutrients, they merely change them from one form to another. The same applies to grazing animals – the urine and faeces that they excrete came from what they ate a few hours beforehand. The excreta relocates the nutrients in concentrated areas, but the gain is offset by the fact that the nutrients have been removed from elsewhere which is now poorer in terms of nutrients

Regenerative agriculture’s adaptive paddock management (moving animals frequently to new areas in large mobs – what New Zealand developed during the 1940s and termed rotational grazing) does not overcome the basic principle that the nutrient came from the previous grazing area.

The concept of 1000s of years of nutrients in the soil stems from the fact that there are greater quantities of essential nutrients in soil than are extracted by the traditional soil tests. The tests are calibrated for what might be available/needed for a crop or pasture over a year. To access all the nutrients would require destruction of the fabric of the soil and of the organic matter that is so important in soil quality. As each year passes, nutrient supply is diminished and plant growth decreases, which means animal production decreases.

During the 1990s the ‘Withholding of superphosphate trials’ showed that it took several years before the effect of not adding phosphate could be seen. The timeframe depended on the starting point, with higher P soils taking longer than lower P soils.

For nitrogen the effect is more immediate.

Increasingly there is pressure on farmers to include nutrients which might be made available from soil during the year in their farm fertiliser budgets. The logic is clear – if you can get the nutrient from the soil, you can cut back on applying the nutrient in fertiliser, thereby reducing costs and environmental risk.

The problem, however, is that the nutrients in soil, particularly those in the organic matter, are in association with others. In soil, carbon forms the bulk of organic mater – generally around 58%. Each tonne of carbon is associated with 80-100kg of nitrogen, 20kg of phosphorus and 14kg of sulphur.

As the organic matter breaks down, the nutrients are released and though some might be taken up by plants, the carbon will be lost as carbon dioxide to the atmosphere. Multiply this by even a decade, let alone 1000s of years, and soil quality will decrease.

The final words can be found in the explanation written by Dr Ants Roberts, Ravensdown’s chief scientist, for a document on regenerative agriculture (NZIAHS.org.nz).

“Despite what some people believe, no matter how numerous, active and diverse the very important soil biology is nor how many diverse species of plants are growing in blissful harmony with root systems exuding all manner of elicitors and bioactive substances at different depths in the soil profile, this will not create new nutrients,” he wrote. “The inescapable fact is that if those plants are harvested (by machine or animal) and removed from the location they are grown in then eventually soil nutrients will be depleted to the point where it will be inevitable that externally sourced nutrients will need to be applied to sustain the soil’s life supporting capacity.”

Dr Jacqueline Rowarth, Adjunct Professor Lincoln University, is a farmer-elected director of DairyNZ and Ravensdown. The analysis and conclusions above are her own. jsrowarth@gmail.com