The Camelina Genome Sequencing on the Prairies 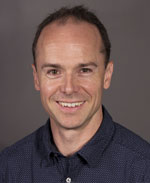 is a project manager with Genome Prairie

This week marks the official release of the Camelina sativa genome sequence, which was completed by scientists from Agriculture and Agri-Food Canada and the National Research Council – a collaborative effort within the Prairie Gold project, led by Genome Prairie.

Camelina is an up-and-coming industrial oilseed crop platform which has seen extensive development in the biofuels sector globally, but is also now being developed for other industrial bioproducts such as lubricants and bioplastics.

The most important tools stemming from the genome sequence will be genomic markers that will allow ease of tracking important traits for plant breeding. Many agronomically important traits, including yield, disease resistance, and drought resistance are polygenic traits, where multiple genes have a small additive effect to generate a combined total phenotype. The genome sequence and its associated resources will be invaluable in accelerating the development of future crop lines, both by traditional breeding and through genetic modifications.

Understanding the genetic background of many lines of Camelina also allows the development of hybrid lines that will have the greatest complementary effects. This could also include bringing in genetic material from wild land races to help improve disease resistance and abiotic stress tolerance in future cultivated lines of Camelina.

The genome sequence also provides a tool kit for Camelina-specific promoters, enhancers and other regulatory elements to allow efficient transgenic development of the crop. Technologies such as interference RNA (iRNA) can now be better utilized by allowing researchers to better plan the DNA sequences that will produce desired levels of inhibition of specific genes. This will be useful for development of lines with, for example, decreased anti-nutritional compounds in animal feeds, or to shut down specific biochemical pathways in order to build up high amounts of desirable compounds within the plant. In the case of Camelina, the oil profile in the seed can be tailored to contain higher levels of useful fatty acids for increased value in industrial feedstock uses.

The genome sequence and its annotation are available at www.camelinadb.ca in a genome viewer format and enabled for sequence searching and alignment. A full peer-reviewed publication of the genome sequence is forthcoming.

The public funding of this initiative, federally by Western Economic Diversification and provincially by the Saskatchewan Ministry of the Economy, shows leadership and it ensures that this genomic resource will be available for researchers in both public and private organizations, spurring the development of new and continued partnerships. The release of this genome sequence is just the beginning of years of innovative potential and commercialization, and this will surely prove to garner an excellent return on investment.