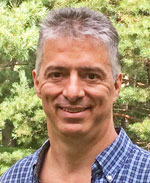 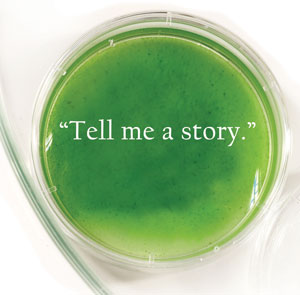 Earlier this summer, science writers from across Canada gathered in Saskatoon, at the University of Saskatchewan, for the annual conference of the Canadian Science Writers’ Association. One of the great things about the conference (other than it being held at one of the greatest universities in the country*) is that it’s a rare chance to hear, in person, from some of our country’s best tellers of science tales. Here is a small sample:

1. There are few science stories. There are many stories with a bit of science in them. This wisdom comes from Peter Calamai, one of Canada’s top science journalists (by my calculations, he started writing when I was five; and seeing I was born the year Kennedy was assassinated, that puts it back a bit). Calamai’s point: the story is king, and the story is almost always about people. Amy Harmon of the New York Times did an exemplary job explaining some complex science from the point of view of a public official trying to do the right thing.

2. Lead with your most interesting stuff. A basic tenet of journalism, but one that Thomas Hayden emphasizes to the students of his science communications class at Stanford (he is a Saskatoon native, and a U of S alumnus, incidentally). Ask: why does this research matter? How will the world be different if it succeeds? Also, if you throw an unfamiliar term out there, define it immediately. This engages the reader and makes them feel smarter and well informed.

3. Before writing your story, ask three questions: What is the story? How do I explain this clearly? What can I say that hasn’t been said before? These tips come from Ivan Semeniuk, science reporter for the Globe and Mail. He recently won the prestigious Sanofi Pasteur Medal of Excellence in Health Research Journalism for this 3,000 word piece on autism research in Canada.

4. Write using the same language you would use in normal, adult-to-adult conversation. The spoken word was our first way of communicating stories, since the time we were all sitting around campfires. That level of language is still the best says Jay Ingram, one of Canada’s most famous and prolific science communicators (multiple books, radio and television, including Daily Planet on Discovery Channel).

5. Tell them what you are going to tell them, tell them, then tell them what you told them. Jay Ingram attributes this one (paraphrased) to the great American writer Walt Whitman. Think: where are you going with your story and where do you intend to end up? It’s important to know where you’re going. Then introduce your story, tell it, and wrap it up with a conclusion. That is, it shouldn’t just fade away; it should be obvious to your reader when your story is finished.

6. Ask yourself: why is this story interesting to the guy on the street? Andrew Freedman is one of Mashable’s most prolific posters. He advises to start by composing your elevator speech: How would you pitch your story to your editor? Why do you think it’s interesting, and more importantly, what makes you think others would find it interesting? And don’t worry about chasing viral popularity. One of Mashable’s most shared pieces is on the decline of the hipster; Freedman says no one knows why it’s so popular. Bottom line: tell a good story.

7. Carpe diem! Or, how can I capitalize on today’s news? Freedman wanted to do a climate change story, but how to write something new about a topic about which tens of thousands of articles have already been done? So, he tied it together with another top news story, to wit, how climate change helped sow the Seeds of War in Syria.

8. Want to know if your audience can understand you? Ask them! Phenomenome Discoveries’ Alix Hayden (Saskatoon) started with the well-known rule of thumb of “write to a Grade 8 level.” Then she had her in-house scientists write entries for her blog and recruited actual Grade 8 students to critique their work. The students loved it, the scientists loved it, and she got a lot of great content for the website.

9. Consider visuals. Sometimes, it’s just way easier to make a point with a picture, or tell a complicated story with an infographic. Actually, never mind “consider:” always use visuals. We learn to read, but no one has to teach us how to see. Use visuals to draw readers into your story and support it once they’re there. Matt Kruchak of CBC Saskatchewan says even radio stories need visuals, because they are also offered online. Photos of research from in the field are especially valuable, since media are unlikely to be able to send a photographer to, for example, the high Arctic, to get their own. Calamai is also a big fan of graphics for any explanatory story, even though editors have sometimes cut his articles drastically to make room for an illustration.

10. “No media outlet is interested in reporting on a funding announcement,” says Jay Ingram. I know, I know. We still gotta do them, and the media keeps on showin’ up, so we’ll likely keep on doin’ them. But no news editor has ever gotten excited about sending a reporter to cover a funding announcement, and it’s not just Ingram’s opinion – the other presenters agreed. When some of the top science writers in the country mention it, maybe it’s time to come up with a more attractive solution that everyone can like. Just sayin’…

* Full disclosure: Michael Robin is a research communications specialist at the University of Saskatchewan.