Social license is a topic that is front and centre and the focus of much discussion in our industry these days. As an industry whose success has been built on innovation, the canola sector continues to advocate for evidence-based decision making. Canada has one of the most robust regulatory systems in the world today, and this is attributed to a system based on a foundation of science. If regulatory decisions are not based on scientific evidence and data, the potential exists to erode our globally respected system, as well as the producer’s right to farm. Ultimately, this could threaten the Canadian agriculture industry’s ability to meet increasing food demands of the growing global population, as well as the sector’s significant contribution to our own national economy. 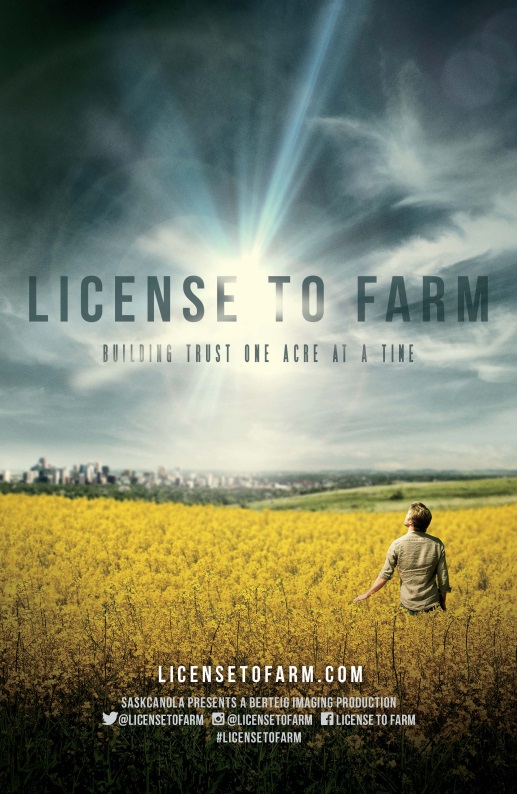 SaskCanola is a farmer directed organization that represents some 26,000 Saskatchewan canola producers. Our mandate is to grow producer prosperity through research, advocacy, and market development. The conversations about agriculture and food production have increased exponentially since the birth of social media, which has made it easy to share misinformation very quickly with a global network. A phenomenon of "food fear" has put producer prosperity in jeopardy – so SaskCanola has taken action!

Enter the new documentary that we’ve been busy working on, entitled License to Farm. The growing urban population is becoming farther removed from the farm and many people do not understand what farmers do and why they do it that way; yet they are becoming more vocal, and their misunderstanding is having an impact on governments and regulations. In other words, they are directly affecting our farmers' “License to Farm”.

This thirty minute documentary originated from a need we saw in the conversation about food; the need for factual information from credible voices, and for Canadian farmers to demonstrate leadership in agriculture advocacy. Our federal and provincial governments also recognized this need and we are grateful to them for the generous funding support we received through the Growing Forward 2, Ag-Awareness Initiative. 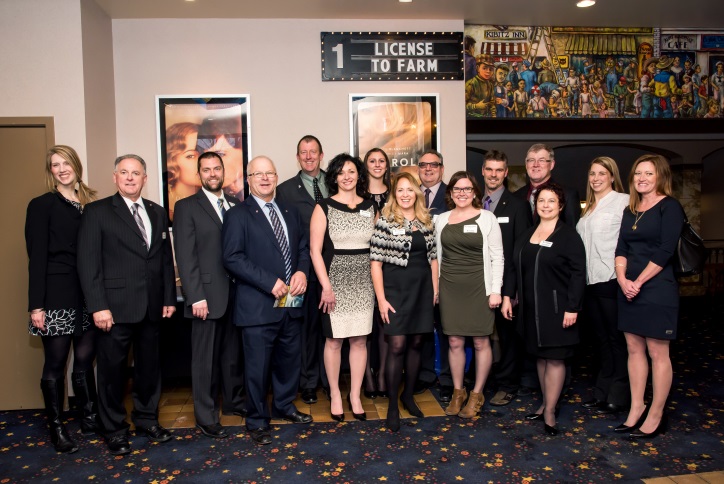 After nearly two years of production, the film made its debut in January of 2016 during Crop Production Week in Saskatoon, SK. First, an exclusive premiere screening was held at the Roxy Theatre on January 13th with over 100 delegates in attendance, including the Honourable Lyle Stewart, Saskatchewan's Minister of Agriculture, and His Worship Mayor Don Atchison, City of Saskatoon; then a sneak peek was held at the Crop Production Show on January 14th, open to all tradeshow attendees; and finally, the live online launch on January 15th was accompanied by a Twitter chat in which some of the industry experts featured in the film answered questions and engaged with the viewers. The License to Farm Twitter chat had us trending in Canada for the afternoon!

Fast forward to March 2016, and the License to Farm documentary has been viewed over 61,000 times on YouTube; quickly becoming an international sensation that has reached 152 countries so far. Pretty impressive for a short documentary that stemmed from a producer group in Saskatchewan! 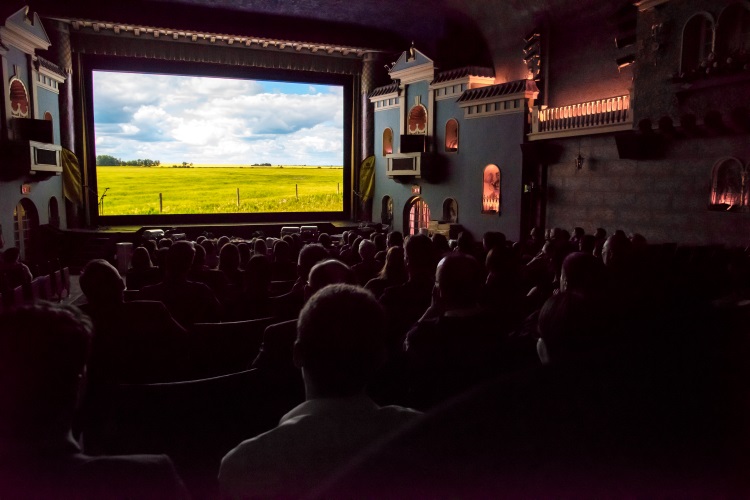 SaskCanola wants License to Farm to be part of the solution that helps farmers find their voice to advocate for themselves about their passion – farming for a living. While we initiated this project, we strongly encourage the entire agriculture industry to adopt and show this film to as many people as possible. Our hope is that this will be the start of a domino effect, a game changer in agriculture for the social license debate. The documentary will remain online so that it can be shared with your networks of colleagues, family, and friends. The bigger the audience we share this with, the better common ground we think will be gained, between the food producers and the public – the people who eat our healthy, nutritious products.

We hope you are all excited as we are with the final product! Countless hours went into the production of this film and the end result is something we are proud of. We can’t wait to share it with everyone. Please get in touch with us if we’ve sparked your interest and you need some more information about how to use this material going forward; we’d be happy to discuss with you.

Don’t let your silence take away your license to farm!