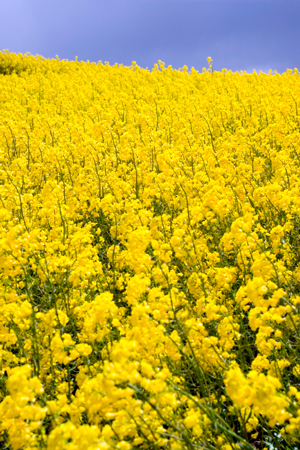 Agricultural policy is a very dynamic and interesting area of the industry. It is broad-based and the issue of the day can change as quickly and frequently as the weather. Policy development is about paying close attention to what is happening within and outside government and how various events can impact the sector’s progress. It is about analyzing the details of an issue and developing a process by which to make a decision that will be in the best interest of all parties involved. SaskCanola participates in the agricultural policy landscape as it relates to producer members both directly and indirectly. Depending on current events, SaskCanola may choose to weigh in on things happening all the way along the supply chain, but mostly the focus is related to production and marketing issues as they relate to producer profitability. SaskCanola is currently focusing on some key areas that are impacting Saskatchewan canola producers, including grain transportation, component pricing and farm labour.

One of the most significant issues farmers face is rail service. Saskatchewan farmers are landlocked and most of the production is destined for export markets, therefore access to reliable and timely rail transportation is critical to the success of producer profitability. The agriculture industry is committed to commercial solutions to the poor rail service, however users of rail transportation are faced with a geographic monopoly and do not possess very much market power. This fact alone makes proactive solutions difficult to carry out.

There is a strong value added sector based on Saskatchewan in the canola industry. About half of the canola leaving the province is in the form of canola oil, processed at one of the four major crushing facilities located here. In recent years, crush margins have been relatively wide and oil content of canola has been increasing, leading to some concerns with the transparency of the price that producers are receiving for their canola. This has led to a discussion about component pricing, which would be the marketing of canola for its components of oil and meal. This would be a fundamental shift in the operation of the canola supply chain and there is some question about whether it would be resulting in a higher price for farmers overall, or simply segregating the market. Currently, there is very little that producers can do to manipulate the oil content in the canola they grow and much of the impact is related to environmental conditions. SaskCanola is working towards a better understanding of the impact of component pricing in order to determine whether it would have a net benefit for all Saskatchewan canola producers.

Access to farm labour can be a challenge for all types of producers in different ways. With respect to grain and oilseed producers, the seasonality of the work and the technology can make it difficult to recruit and retain employees with the appropriate skillset to do the job. There are programs which can allow farmers to access foreign workers, but there is limited access, a lengthy process and then often farmers are faced with having to retrain new workers each growing season. With respect to the domestic workforce, it can be difficult for producers to compete with the wages that are offered by other industries in the province such as oil and mining. Producers often do not have the expertise in the area of human resource management in order to execute creative benefits to allow them to compete with other employment options. There is a need for both improvements to foreign worker programs, access to training for the farmers as well as their hired help, and general awareness related to human resource management.

As the policy portfolio continues to unfold at SaskCanola, we continue to strive to understand the major issues our producer stakeholders are facing, and then strategically assess how we can best serve them to result in positive change. This may be related to providing them with access to resources that may not currently be available; communicating with industry to bring awareness to issues that can be solved through collaborations; and communicating with government on areas where they can provide assistance, whether that be through the implementation or improvement on legislation and regulations.