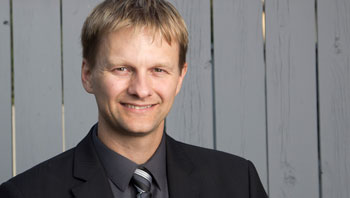 Jason Tratch says we don’t talk enough about money and environment in the same sentence. When speaking to Tratch, his passion for the environment is obvious. He is an entrepreneur who believes there is an important role for business in overcoming environmental challenges. “I’ll hug a tree. But I’ll also make a profit while I’m hugging that tree,” he jokes. Tratch, the CEO of Saskatoon-based Galex Group, was recently presented with a Clean50 award in the category of ‘Clean Technology’ for his “contributions to sustainable development and clean capitalism in Canada.”

Sponsored by Delta Management, the Clean50 award identifies and recognizes 50 individuals from across Canada each year who have contributed to environmental sustainability. From that group, the leader in each of 16 specific categories is identified. In the Clean Technology category, the recipient must have a product available for sale (made or designed in Canada) that reduces energy consumption, creates energy or enhances sustainability. Tratch strives to educate others about the myth that Canada has lots of accessible fresh water. He says it is a naïve way of thinking; Canada does indeed have a lot of water, but it’s all in the north and not accessible to the majority of the population, most of whom are located within a couple hundred kilometres of the US border.

“When you fly to northern Saskatchewan, it’s amazing– it’s just lakes,” he says. “We have tons of water that is not accessible. We need to be recovering water where we live.” Tratch believes water is the most important resource in the world; more important than oil, and even food. “We can live without food for a couple weeks – but without water for only two or three days,” he notes. “If you travel to India, the Middle East, Australia… it opens your eyes to see how precious they see water. It’s such a sensitive thing—there’s such a humanitarian aspect.” Tratch believes we need to reduce the demand on potable water.

For example, we should not be using potable water on our lawns. “Why aren’t we recycling our grey water? Or doing sub-surface irrigation? We should be looking at “what’s our recovery plan? What’s our reuse plan? And then let’s treat it towards that. The business models are there. It’s about looking at things in a different way,” he says. Tratch is working with Innovation Saskatchewan, the University of Saskatchewan (U of S) and several private companies, to fund, resource and create the first Saskatchewan-based wastewater recovery network.

He says he is also working with the Global Institute for Water Security at the U of S, but that Institute deals with policy and strategies at a higher level, while the consortium he is helping to create will focus on small, tangible projects on a rapid time frame. “We plan to roll out solutions every quarter, every year. If I can be a catalyst to get this thing going, I would love that as a role,” he says. Tratch travelled to Toronto to participate in the Clean50 Summit, where he spent a few days with the other 2014 winners, as well as winners from previous years. Receiving the Clean50 award has given Tratch recognition, but more importantly it has also given him access to a network of like-minded, energetic individuals, which he says is invaluable for an entrepreneur. Clean50 website