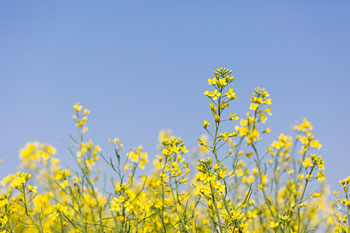 For 45 years, canola researchers have been gathering in Saskatoon to talk about advancements and challenges in this important, Canadian-made, edible oilseed crop.

Keith Downey, who was a key part of the scientific team that developed the first varieties of canola from rapeseed, says it all started in late 1970 or early 1971 at the International Rapeseed Congress in St. Adele, QC. Due to negative nutritional research that was presented, scientists felt it was imperative to quickly convert from growing rapeseed to the new varieties of canola that had recently been developed.

In the winter of 1970-71, new, low-erucic canola varieties, Oro and Span, had been multiplied in California by Agriculture Canada. Downey organized a meeting in Saskatoon to determine how to contract with producers to grow and deliver the new varieties. He invited the crushers, a refiner (Canada Packers), Canadian Seed Growers Association (CSGA), Line Elevators Assoc., breeders, and animal and human nutritionists.

The crushers decided among themselves who would do the contracting and the experimental crushes. Canada Packers agreed to refine the oils from the crushes and the nutritionists arranged where and how the oil and meal would be distributed to researchers. The CSGA agreed to distribute Foundation and Certified seed to their growers in sufficient quantities to convert the entire rapeseed crop to low erucic varieties by 1972.

“These meetings became an annual affair as we assessed the results and repeated the changeover with the low erucic-low glucosinolate varieties, Tower 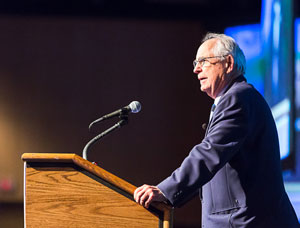 Following the successful changeover to canola quality, the meetings were opened up to those interested in the performance of breeding lines and candidate varieties being evaluated in the Western Canadian Rapeseed/Canola Strain Test and Co-op Trials coordinated by the Saskatoon Research Centre. The first week in December was the earliest the results of the tests could be analyzed and provided, so that established the timing of the meeting.

By 1981 the meetings had grown to about 40 participants and the topics discussed broadened from what was coming down the pipe in the way of varieties, to topics such as regional crop conditions and performance, marketing, herbicide tolerance and on-going research on pathogens and harmful insects. By 1983 the meeting was opened to all interested individuals.

Today, the program covers a wide range of canola topics and attracts 250-300 oilseed researchers and specialists from around the world as well as personnel from the seed industry, oil processors, and agriculture chemical companies. In the past couple of years, Canola Innovation Day was added to focus on emerging technologies that have potential to further advance the crop, such as imaging, phenomics, genomics, and understanding soil and root interactions.

The 2016 Canola Industry Meeting and Canola Innovation Day will run November 30th and December 1st. Visit the event website for information on the program and to register.

Why you should attend: an invitation from Dr. Wilf Keller, 2016 Committee Chair