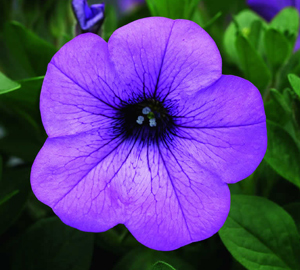 In a California lab in the 1980s, U.S. researcher Richard Jorgensen tried to develop an intense-purple petunia by adding an extra gene. He got a white flower instead.

It took more than a decade for scientists to fully understand what had happened, but now they know: Jorgensen had triggered the mechanism known as RNA interference (RNAi) in the petunia.

RNAi is the cell's natural defence mechanism against viruses (see sidebar). When RNAi encounters counterfeit RNA made by the virus (double-stranded instead of the normal single-stranded), it chops up all of that type of RNA, and then uses the fragments to find and destroy similar RNA, thus preventing the viral protein from being made. We now know that RNAi is also used by the cell to finely regulate the expression of its own genes. In the case of the petunia, the gene that coded for the purple colour was ‘silenced’ or ‘down-regulated’ by not being permitted to be expressed.

In 2006, Andrew Fire and Craig Mello were jointly awarded the Nobel Prize in Physiology or Medicine “for their discovery of RNA interference – gene silencing by double-stranded RNA.”

Today, with a good understanding of this process, scientists can actually design (or synthesize) double-stranded RNA (dsRNA) to match the messenger RNA (mRNA) to any gene, and then introduce it into a cell to trigger the same response as in nature: the cell destroys all the copies of that mRNA, preventing that specific protein from being made. This knowledge is very valuable, since by turning off individual genes, scientists can understand gene function in an organism.

In biomedical research, RNAi is being explored to address genetic disorders, treat infectious diseases, and help reduce rogue gene activity that happens in cancers and neurodegenerative diseases. Recently, the technology was applied as a treatment in the fight against Ebola in West Africa.

In agriculture, RNAi is being touted as the ‘next big thing’ because of its potential as a highly specific, non-chemical solution for pest and pathogen control.

At the 2014 Agricultural Bioscience International Conference (ABIC 2014), Wayne Hunter, a research entomologist with the United States Department of Agriculture (USDA) discussed his work exploring RNAi to tackle two pathogens that cause citrus greening disease. Since they were first detected in 2005, it’s estimated that the disease has caused the citrus industry $4.6 billion in crop losses and more than 6,000 jobs. The pathogens are transferred to citrus trees through an insect called the Asian citrus psyllid.

When the psyllids were at the nymph stage, Hunter and his team applied a treatment of double-stranded RNA (dsRNA; see sidebar) to the trees through a root drench. One week after they became adults, every insect died.

Hunter says that RNAi can be made to shut off the active expression of any gene, from digestive enzymes, to developmental genes, to neuron function. In the case of the psyllids, the targeted gene is linked to metabolism; the insects didn’t know when to stop feeding and literally starved while they ate themselves to death.

Hunter points out that although there are researchers working on transgenic versions of the technology, he is focused on topical sprays for a nontransgenic approach, this method of inducing RNAi does not alter the genetics of either plant or insect, and has been shown to be safe even when fed directly to honey bees.

Researchers at the Max Planck Institute of Molecular Plant Physiology in Germany have overcome one of the hurdles in a transgenic variation of this technology. It was thought that modifying the genome of the plant could protect the plant against pests, but the plant’s RNAi defense system prevents accumulation of dsRNA. The researchers decided to look at the chloroplasts, the “manufacturing plants” within the cells of green plants that use sunlight to produce sugar and oxygen from carbon dioxide and water (photosynthesis). Because chloroplasts are descended from formerly free-living bacteria and lack an RNAi system, the researchers hoped they might accumulate high levels of the dsRNA. They tested the theory on the Colorado potato beetle, with great success. (read more)

Another example of RNAi’s potential is found at Agriculture and Agri-Food Canada (AAFC) in Saskatoon. There, Dwayne Hegedus is researching RNAi to protect canola from the bertha armyworm. As with the potato beetle, the armyworm eats plant material that contains dsRNA. In this case, the RNAi shuts off a gene that codes for a protein important for maintaining the integrity of the worm’s gut.

RNAi is a double-edged sword, in the sense that it can also be used to protect beneficial insects.

In his ABIC 2014 presentation, Hunter relayed how a private U.S. research firm helped address the Israeli Acute Paralysis virus, which affects honeybees and contributes to more than a 20 percent decrease in annual Florida honey production. The bees were fed a treatment of dsRNA designed to protect them against the virus. At the end of the trial, hives in the study were producing four times more bees and producing three times more honey.

The technology has huge potential for improving crops. One example is Okanagan Specialty Fruits’ Arctic® Apple. The company used RNAi to turn off the gene responsible for the enzyme that makes apples turn brown. The apple recently received regulatory approval in both the United States and Canada.

Back at AAFC, Hegedus is also using RNAi to improve the nutritional value of canola and camelina meal by turning off genes that code for proteins with poor nutritional characteristics, allowing more desirable proteins to increase in abundance.

Hegedus says the beauty of the technology is that it is “exquisitely specific.”

“RNAi technology is so specific that you can target only the insect gene; it won’t affect plant genes in which it is produced, or a human, a bird, or even any other type of insect that might eat the plant.”

The specificity comes from knowing all of the genes in all of the organisms in the environment in which the technology is being applied.

“We know the genomes now of all the plants and most of the major insect pests,” Hegedus says. “Because we have the genome sequence of the disease-causing agents – the fungal pathogens, the viruses or the bacteria – we can design something that is extremely specific to target only the thing that we want.”

Hunter is frequently asked if RNAi is safe for food consumption when it is applied in agriculture.

Another question facing RNAi proponents is whether or not organisms will adapt to and resist RNAi. Vlad Zhurov, a researcher at Western University in London, Ontario told the Western Producer newspaper that his team’s attempts to control spider mites made him skeptical that insects could resist RNAi technology.

“It will require a very dramatic genetic change in the pest… to adapt to the double-stranded RNAi. What will be required is almost a complete rearrangement of the gene that we are targeting.”

There is genuine excitement about RNAi within the agriculture industry. After testing RNAi on corn breeding and soybean yield improvement projects, Monsanto’s chief technology officer stated that the company sees RNAi as a major advance.

Both Monsanto and Syngenta have invested heavily in RNAi technology over the last couple years. Monsanto acquired an Israeli company that uses RNAi to improve plant traits, as well as a pharmaceutical company with major intellectual property in RNAi research. Meanwhile, Syngenta purchased Devgen, a leader in RNAi crop protection.

Backed by its promise, industry support and many government, academic, and industry research trials, RNAi is rapidly moving closer to commercial reality. 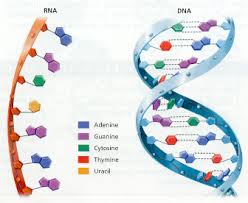 DNA (deoxyribonucleic acid) is contained in the nucleus of every cell, in every living organism. Referred to as the ‘blueprint of life,’ DNA is in the form of a double-stranded helix – like a twisted ladder. Safely stored in the nucleus of the cell, it is like grandma’s prize recipe book; all the recipes needed to make every protein the organism needs to grow and function is in that book, in the form of ‘genes.’

Genes are segments of the DNA ‘ladder.’ They are like the pages in the cookbook – codes, or ‘recipes’ for proteins, which make everything happen in living organisms, from metabolic reactions, to responding to stimuli, to transporting molecules. Chemicals called nucleotides (adenine, thymine, guanine and cytosine) form the rungs of the ladder. The types of proteins made by the cell depend on how the nucleotides are combined.

This is where RNA (ribonucleic acid) comes in. RNA leaves the nucleus as a copy of a gene – single-stranded messenger RNA – and brings the ‘recipe’ to the ribosomes, which then make the protein.
Sometimes there are invaders – viruses – which hijack the cell and create double-stranded RNA (dsRNA) in order to replicate themselves, eventually destroying the cell. The RNAi mechanism is the cell’s ‘police’ – defending against viruses. When the RNAi detects the dsRNA, it realizes there has been a viral invasion and destroys all of that type of RNA (both single and double-stranded with that sequence) – it ‘tears up’ the bogus recipe. The result: the protein that particular gene codes for will no longer be produced. (Illustrated description of DNA and RNA)

Scientists looking to turn Asian citrus psyllid against itself