Review of 10 years of GMO research – no significant dangers 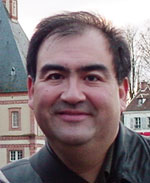 is author of The Skeptical Raptor blog

One of the tactics of the GMO (genetically modified organisms, usually crops–some people use the term GM instead) refusers is that “there’s no proof that GMO’s are safe.” Typically, in a debate, the side making the assertion (those that say GMO’s are unsafe) are responsible for the evidence that supports their contention. But, the anti-GMO gang relies upon the Argument from Ignorance, trying to force the argument to “if you can’t prove that they’re safe, they must be unsafe.”

Even though I don’t necessarily like arguing with logical fallacies, I did provide an exhaustive list of high-quality peer-reviewed articles that clearly stated that genetically modified crops are safe. But that’s never enough.

In the world of scientific research, the absolute highest quality evidence are meta reviews, which are methods to contrast and combine results from a wide swath of peer-reviewed studies which may be useful in identifying patterns, sources of disagreement and other relationships. Since meta reviews combine the results from a larger number of studies, they can be more statistically significant. So, if there only was a high quality, peer-reviewed meta review about the safety of GMO foods!?!?

Well, there is one. In a meta-review recently published in a peer-reviewed, high impact factor journal, Critical Review of Biotechnology, where the authors collected and evaluated 1,783 research papers, reviews, relevant opinions, and reports published between 2002 and 2012, a comprehensive process that took over 12 months to complete. The review covered all aspects of GM crop safety, from how the crops interact with the environment to how they could potentially affect the humans and animals who consume them.

The scientific research conducted so far has not detected any significant hazards directly connected with the use of genetically engineered crops.

According to an interview with the lead author, Alessandro Nicolia, an applied biologist at the University of Perugia in Italy, “Our goal was to create a single document where interested people of all levels of expertise can get an overview on what has been done by scientists regarding GE crop safety. We tried to give a balanced view informing about what has been debated, the conclusions reached so far, and emerging issues.”

The article provided other important results:

This is real evidence, the highest level of scientific evidence. It’s not based on opinion or irrational claims or logical fallacies. This is as close to a scientific consensus as you will find. And once again, even if science were some kind of democracy (and it isn’t) the vote would be 98% in favor of the safety of GMOs. Inventing a controversy, where there is none except in the minds of the anti-science crowd, doesn’t help the case of the GMO refusers. Strong, repeatable, and published scientific evidence does.

This article was republished with the author’s permission.