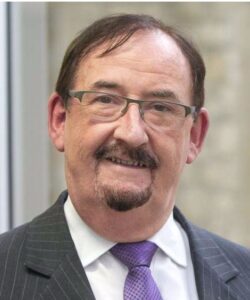 If I were to suggest to you that water is a hazardous substance, you would likely correct me. Water, you would remind, me is essential for life and surely the most benign substance on the planet. And yet, boiling water will scald you; a block of ice falling could kill you; snow avalanches kill hundreds of people annually and if you try to breath underwater, you’ll drown. And yet we all know that water is vital to life, and is really our friend. Atmospheric carbon (in the form of carbon dioxide), often derived from burning fossil fuels, suffers from the same contradictory reputation. Carbon dioxide (CO2) is now widely referred to as a pollutant and yet, like water, it is essential for life.

Canadian innovation in agriculture is leading the way in managing carbon dioxide in the atmosphere in a unique way. Here is why it is so important.

When CO2 increases in the atmosphere there are two competing processes. One is the creation of the famous “greenhouse effect” widely believed to be the cause of climate change. The other is an overall increase in photosynthesis, the process by which green plants grow. The fuel for photosynthesis is CO2 and water and so high CO2 levels increase both crop yields and forest productivity. So, although increasing atmospheric CO2 can affect average global temperatures and pose a risk, global photosynthesis offsets a substantial part of this risk by absorbing CO2. Photosynthesis acts as a “thermostat” against excessive atmospheric CO2, and it moderates the extreme effects of atmospheric CO2.

Innovation in agricultural practice in Canada has had a widespread effect on the absorption of atmospheric carbon. In the late 1990s through biotechnological innovation, a new canola, resistant to the most environmentally benign herbicide, glyphosate, allowed Canadian farmers on millions of hectares of land to move to ‘no-till’ agriculture. In no-till agriculture, soil remains undisturbed through numerous planting cycles. The result is that carbon is stored in the soil, rather than released into the air as CO2.

This practice has had the same effect on atmospheric CO2 as taking multiple millions of cars off the road. It has also improved soil quality and contributed to the sustainability of farming in Western Canada and elsewhere. It is a remarkable example of innovation that has increased yields, made farming more profitable for 1000s of farm families, and which continues to contribute massively to the public good by removing CO2 from the atmosphere.

Canada is a signatory to the Paris Agreement on Climate Change (COP21). We have obligations with respect to CO2 emissions. However, in Paris, little was said about the role of photosynthesis in agriculture and forestry in reducing net emissions by absorbing CO2. Canada has a unique role to play. We have a vast land mass and a modest-sized population.

By implementing the next generation of innovation in agriculture and forestry, we can not only reduce our net emissions, but simultaneously provide a positive economic impact for the entire country through increased agricultural production. This means more jobs in the food and agriculture sector, greater knowledge-based opportunities for future generations and Canadian leadership in tackling one of the world’s most pressing problems: climate change.

Canada’s ingenuity and innovation is feeding the world and protecting our planet.