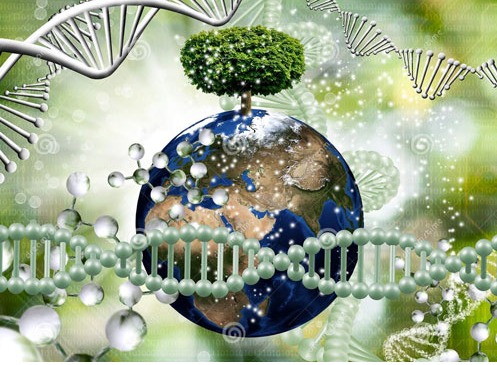 In agriculture, gene editing technologies are expected to be used in crop improvement as one way to enhance global food security and address climate challenges. Yet, the future uses of these technologies are not certain, given divergent regulatory frameworks adopted around the world. To better understand the opportunities and challenges surrounding the application of gene editing, a research team at the University of Saskatchewan, led by Dr. Peter Phillips  and Dr. Stuart Smyth, undertook a multi-year survey project  (between 2015 and 2019). A panel of international experts in plant biotechnology were polled on the regulatory and social barriers pertaining to gene editing, related potential risks and perceived benefits, among other topics.

One key finding is that surveyed experts expect gene editing (particularly the CRISPR technology) to deliver a broad range of targeted and diverse traits in crops owing to its efficiency and accuracy. Surveyed experts largely agree that site-specific editing should produce crops that have greater agronomic performance (e.g. disease resistance, drought tolerance, high yields) and higher product quality (e.g. nutrition, shelf life) that work to enhance climate resilience and global food security. Nevertheless, expert opinions were less confident about the impact of gene-edited crops on trade, the environment, and consumer acceptance, as relatively little is known about these aspects.

As to the overall safety of gene-edited crops, the majority of surveyed experts agreed that site-specific gene-edited crops—like conventional counterparts—pose little or manageable risk to society, the economy, and human health. Only five per cent of the participants considered that these new crops pose a high risk that may require significant safety inspection. Experts were asked whether risks arising from the use of gene editing in agriculture are more or less predictable than traditional transgenic breeding tools. At least half of the sample agreed that allergenicity (51 per cent), toxicity (52 per cent), harm to non-target organisms (49 per cent) and impact on human/animal metabolism (49 per cent) are more predictable; less than 40 per cent indicated that both breeding methods present equal risks. As for weediness of derived crops, 36 per cent predicted that this risk is more predictable for gene editing, while 48 per cent asserted that both breeding methods share the same risk probability.

Numerous countries have exempted transgenic-free, new plant breeding technique (NBT) derived crops from additional regulatory oversight or risk assessment. This is the case in the US, most South American countries (e.g. Argentina, Brazil), Australia, and Japan, where gene-edited products are regulated based on the product attributes rather than the technology. Gene-edited products free from foreign DNA insertions that do not involve plant pests are deregulated in the US under its coordinated framework for the regulation of biotechnology. In contrast, in 2018, the Court of Justice of the EU (CJEU) ruled that all gene-edited crops, transgenic or not, fall under the EU’s GMO regulatory framework. We found that three-quarters of our survey respondents disapproved of the 2018 CJEU ruling on directed mutagenesis, and many respondents criticized the process-based system of EU policy governing biotechnology. The divergence in how gene edited crops are handled appears to be driven not by the science but by political bias. One-quarter of the surveyed experts ranked political involvement in the regulatory process as the key factor limiting innovation, as unsynchronized approval between countries creates regulatory uncertainty.

Gene editing technologies are highly valued by breeders as the increased precision and selection of agronomic target genes is expected to offer a wider array of plant improvements. These emerging technologies offer opportunities to improve food security and address other societal challenges unsolved by conventional breeding. We learned from the scientific community that the pressure from several stakeholders with distinct cultural, environmental, and societal concerns, different levels of risk tolerance and divergent political interests, make effective governance in agricultural biotechnology a challenge.

Rim Lassoued and Stuart J. Smyth are in the Department of Agricultural and Resource Economics, University of Saskatchewan