Associate Dean of Research and Graduate Studies, U of S College of Agriculture and Bioresources 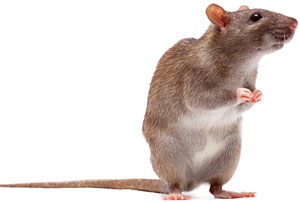 I have not been able to critically review the above experiment, the results of which show that either providing RoundUp in drinking water or feeding genetically-engineered (GE) RoundUp tolerant maize to rats over a 700 day period results in tumor development and a shorter lifespan.

I leave the critical review to others – but below I have tried to outline why I find it hard to understand these results.

Firstly, RoundUp. The RoundUp herbicide molecule is a relatively simple molecule, unlike many other substances that we know to be toxic. In chemical structure it most closely resembles amino-acids, the building blocks of protein. Mammals require about 22 amino-acids that represent an array of chemical forms in order to satisfy their protein requirements. Given diagrams of their entire chemical structures along with that of the RoundUp molecule, it would be difficult to spot the latter. It is difficult for me to imagine that when ingested with all of the other various chemicals that make-up our food, somehow the RoundUp molecule can have a significant detrimental effect, while the other 22 amino-acids are essential for us to make proteins.

Secondly, you might ask, “Why is RoundUp so toxic to plants?” Unlike mammals that get all of their amino-acids through their food, plants make them; it is these which we and other mammals consume as protein and then break down to provide our own amino-acid needs. In order to make amino-acids and ultimately proteins, plants possess an enzyme known as EPSP. Mammals do not produce that enzyme. EPSP has a binding site which allows it to do its work for the plant. The RoundUp molecule fits nicely into that binding site (like a lock and key) and when absorbed by plants, prevents protein synthesis. Without protein synthesis, growth stops and plant death occurs.

Finally, that brings us to RoundUp tolerant crops. In order to make crops tolerant to RoundUp, a form of EPSP found in bacteria (but almost identical to that found in plants) has been inserted into the plant. This slightly different bacterial form of EPSP functions well in plants – but its slight difference means that the RoundUp molecule cannot bind to it and block its site of action. Thus in a GE RoundUp tolerant crop, there are two forms of EPSP. When sprayed with RoundUp, the plant form is inactivated but the bacterial form continues to function, allowing protein synthesis to proceed (and the plant lives).

Given the closeness in chemical structure of these two forms of EPSP, it is difficult for me to imagine how the bacterial form could cause tumors and reduced life expectancy in rats, while an almost identical form – which is ubiquitous in plants – is harmless.

I hope the above explains why I have difficulty accepting the results of this peer-reviewed study. In the same way that an email with an offer that is too good to be true probably isn’t true, my initial reaction to experimental results that appear to go against what we understand is to first question them and look for further studies and analysis that will either explain the results – or where the experiment went wrong.

Dr. Graham Scoles, PhD, PAg, is Associate Dean of Research and Graduate Studies, College of Agriculture and Bioresources, University of Saskatchewan and Chair of the North-American Agricultural Biotechnology Council (NABC)