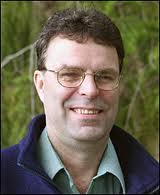 is a faculty member of Vancouver Island University

The anti-GMO industry has ramped up its attacks on genetically engineered crops and food made from them. From GE test plot destruction to demands for the banning of GE agriculture, this global industry uses fear and public ignorance of real science to advance its agenda. Recently, the GE-Free/Greenpeace sponsored Anti-GMO speaking tour began its 32-city myth-information campaign. 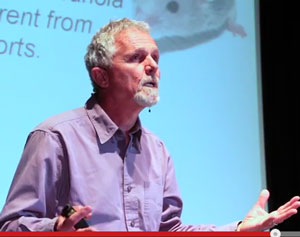 I have been involved with GE crops with an emphasis on education for over a decade and am familiar with most of the discredited science that allegedly shows GE crops cause harm.

I attended the first stop on the tour in Courtenay, BC to see what evidence the speakers would present. Dr. Thierry Vrain, spoke about how “science” proved GE crops and food are causing all manner of ills.

Each of the publications he cites has been examined by experts in toxicology, food safety and health as well as national and international scientific bodies. All have been rejected for a variety of reasons related to multiple breaches of the scientific method.

One such example that Vrain claims to be evidence is the Rowett paper in The Lancet.
However, after reviewing the paper, the U.K. Royal Society said: “the reported work from Rowett is flawed in many aspects of design, execution and analysis and no conclusions should be drawn from it. We found no convincing evidence of adverse effects from GM potatoes.”

Vrain claims another report (not a study) shows correlations of GE crops with a dozen diseases. The same correlation could equally apply to the rise in organic food consumption. Every real scientist knows correlation does not equal causation.

Another amusing bit of pseudo-science Vrain presents as “evidence” is actually the most discredited paper in the history of GE research, Seralini 2012. Every food safety authority in the world has unanimously rejected it.

The 2012 paper cited by Vrain is the third publication from this author that has been severely rebuked by world authorities.

Health Canada examined and rejected the conclusions of the Seralini paper. They said: “The overwhelming body of scientific evidence continues to support the safety of NK603, genetically modified food and feed products in general, and glyphosate containing herbicides. However, whenever new information concerning the safety of an authorized product arises, this new data is carefully reviewed.”

Vrain rejects virtually all North American research claiming it is inaccurate and biased.

Here is the European scientific opinion:

The Vancouver Coastal Health Authority: “There is no evidence that Health Canada-approved GE foods and food crops are any less safe for human health than non-GE varieties. There is no public health reason for a ban on genetically engineered trees, plants and crops.”

The American Association for the Advancement of Science said it best: “The World Health Organization, the American Medical Association, the U.S. National Academy of Sciences, the British Royal Society, and every other respected organization that has examined the evidence has come to the same conclusion: consuming foods containing ingredients derived from GM crops is no riskier than consuming the same foods containing ingredients from crop plants modified by conventional plant improvement techniques.”

Every example Vrain puts forward has been examined and dismissed by experts. This fact seems to be irrelevant to him. Simply put, he is promoting fear not facts.