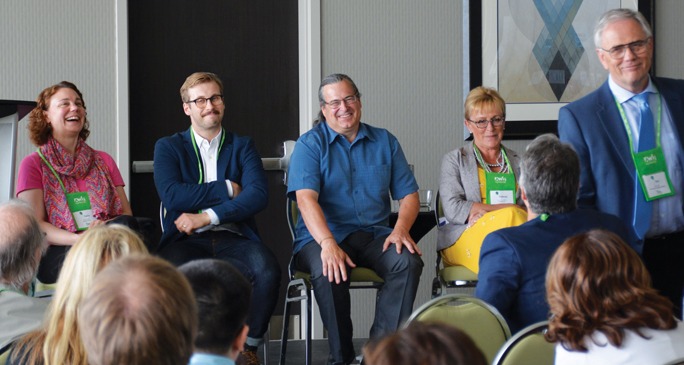 Protein and past progress were the focus of Ag-West Bio’s 30th anniversary annual meeting on June 27 in Saskatoon. 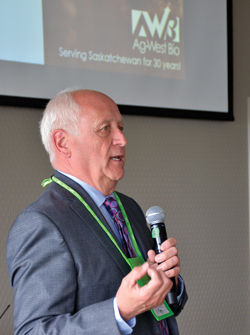 In his opening remarks, Saskatchewan Minister of Agriculture David Marit spoke to a crowd of about 130 about profound changes in agriculture over the past several decades, thanks to partnerships among research, government, and industry. Innovations provided farmers with lucrative options such as canola and pulses, as well as a steady flow of new crop varieties.

“It is amazing the people that have come into my office from around the world,” Marit said. “They are talking about plant-based proteins, talking about research, talking about new varieties and what we’re doing and they’re coming to this province.”

Marit had high praise for Ag-West Bio’s CEO Wilf Keller, who will retire from his post in January 2020.

An accomplished plant scientist in canola development, Keller worked to reach out and build relationships with businesses, universities and government organizations during his nine-year tenure, Marit said. Under Keller’s leadership, Ag-West Bio was involved in the creation of the Global Institute for Food Security at the University of Saskatchewan and more recently, Protein Industries Canada, one of the country’s five innovation superclusters. 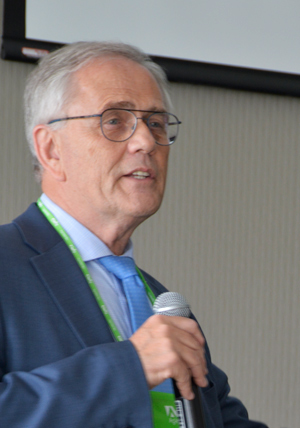 Protein was the theme of this year’s meeting, “More Beans Please?” The question mark was important, said Ag-West Bio Chair Bob Tyler, as beans and other pulses are only part of the protein story. What is new is the intense public interest.

A panel of experts explored a few of the options on the table, from the familiar beef to more exotic sources such as crickets and meat grown through tissue culture. 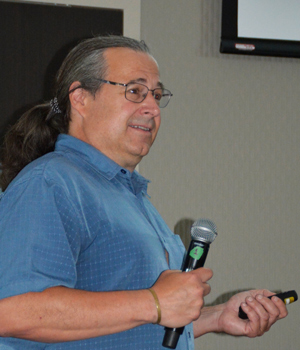 Two entire sections – milk and milk products, and meat and meat products – are consolidated into a single “protein” category that covers a quarter of the guide’s plate. Most Canadians are getting enough.

Making the case for beef was Deborah Wilson, senior vice president of TrustBIX, which offers data tools to allow animal traceability right from farm to supermarket. Herself a 40-year beef producer, she sits on the Canadian Roundtable for Sustainable Beef (CRSB). 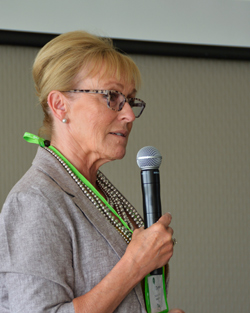 She explained that when the roundtable first convened, it included animal rights activists, an executive from A&W, whose marketing campaign has criticized the beef industry, plus several environmental protection groups. While at first the “situation seemed hopeless,” the group was able to reach consensus.

An entirely different sort of livestock – crickets – are the business of Kelly Hagen of Entomo Farms. At any given time, the company houses 10 million of the insects in its 5,600 square metre facility near Toronto.

As North America’s largest producer of crickets for human consumption, the company ships to dozens of companies in eight countries. Its protein-rich products appear in energy bars, chips, pastas, crackers. Spicy, whole-cricket snacks were on offer at the post-presentation networking event. 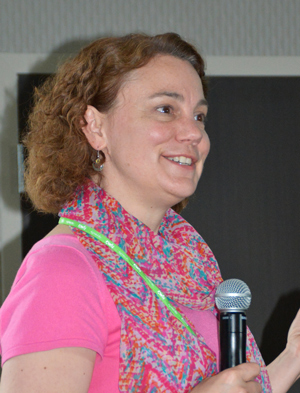 Nutritionally, crickets resemble meat, with all essential amino acids and a bonus of very high levels of vitamin B12. They offer excellent feed conversion at 1.5 kilogram of feed to produce one kilogram of crickets and require little space and water. Hagen said there is some evidence that crickets in the diet help keep gut microorganisms healthy and even stimulate a strong immune system.

While most protein producers are focusing on field and farm, Matt Anderson-Baron of Edmonton-based Future Fields envisions a series of bioreactors where meat cells grow in tanks of nutrient solution. His vision is also driven by growing global demand for meat, a trend slated to continue as populations grow and become more affluent. 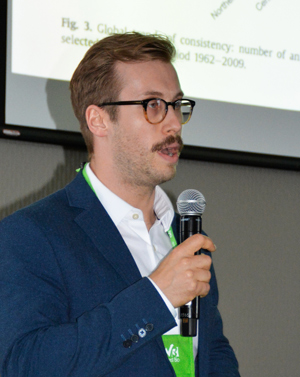 Anderson-Baron has produced prototype product as proof of concept. The next steps are to overcome three major hurdles: an affordable growth medium, a scaffold for the meat cells to grow upon (otherwise they simply grow as a thin sheet), and purpose-built bioreactors.

Anderson Baron explained that the first cultured meat patty, produced by a Dutch team and cooked and eaten at a television event, cost about $300,000 to produce. That price has since come down to about $2,000 per pound, offering hope that cultured meat can become a viable product.

“Our end goal is to commercialize cultured meat in Canada,” he said. 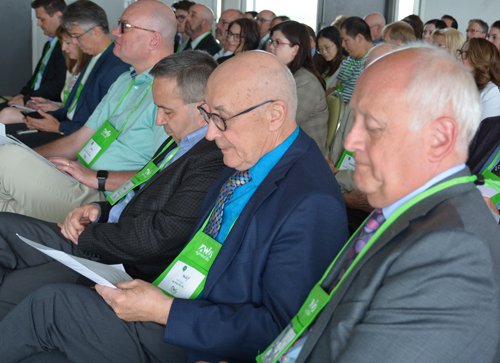 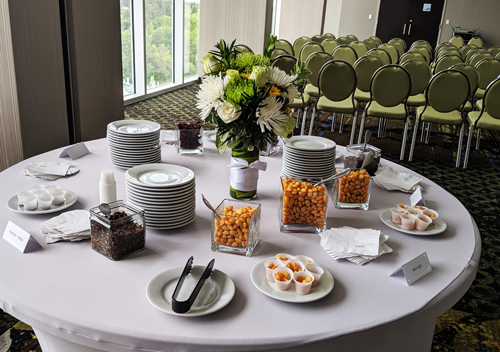 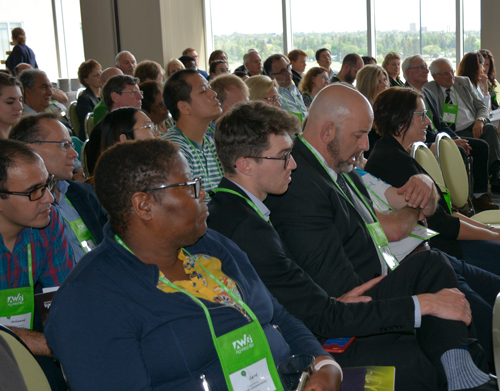 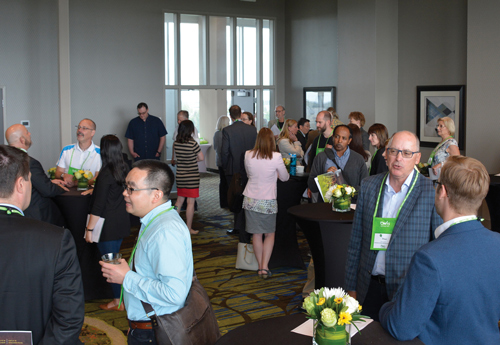 Click here to view the presentations from the event.