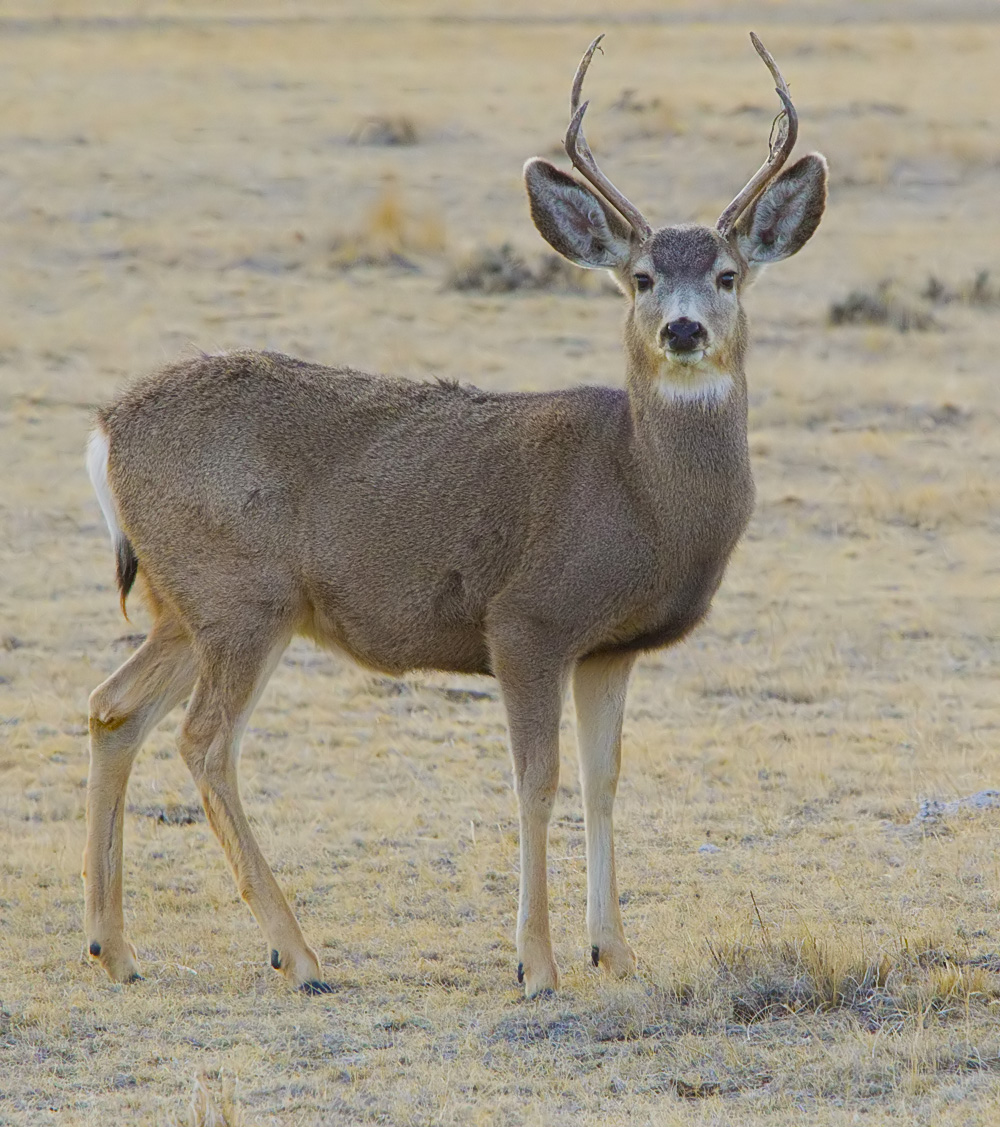 Chronic Wasting Disease threatens populations of mule deer, white tail deer and elk throughout the prairies, and scientists are working hard towards finding a solution.

Chronic Wasting Disease (CWD) in deer and elk, like Bovine Spongiform Encephalopathy (BSE) in cattle, is caused by the misfolding of a mysterious class of proteins known as prions. While researchers are not clear on their function in mammals, they do know that misfolded prions can cause devastating transmissible infectious diseases.

James and his colleagues are using synchrotron techniques at the Canadian Light Source in Saskatoon, SK to develop three-dimensional structures of the prion molecules in order to see the differences between how the healthy protein folds and how the unhealthy forms might develop. “Our ultimate goal is to develop small molecules that would bind to the prion proteins in their normal form and prevent them from being converted into the infected form,” says James.

A treatment for prion disease would be a vital safeguard for Canadian farmers, and prevent an economic crisis like that caused by the first Canadian case of BSE in May 2003, when the discovery of a single infected cow caused the slaughter of hundreds of cattle in Alberta, Saskatchewan and British Columbia to prevent the spread of the infection. Canadian producers lost between $8 billion and $10 billion, and families with beef cattle operations saw their income decline 33% in 2003. 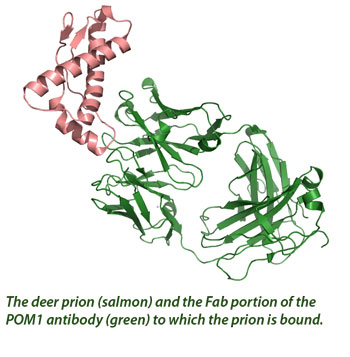 The first step in developing a molecule to block prion misfolding and disease is to understand the prion’s function; then, a molecular structure can be honed to block misfolding.To get this 3-D information, the team uses crystallized versions of the proteins bound to the molecules they are interested in. Then they use X-ray diffraction methods to gather complex information about their 3-D structures. Individual and isolated prions have been notoriously difficult to crystallize, but James’ team has overcome the difficulty by pairing prions with cognate antibodies, providing stable crystals and clear structural data.

James’ team has determined the 3-D structures of four prion proteins – one each from cattle, deer, elk, and Syrian hamster – thereby identifying subtle differences in their folding. These differences could help to explain differences in disease transmissibility between different strains, while their similarities point to potential paths for treatment.