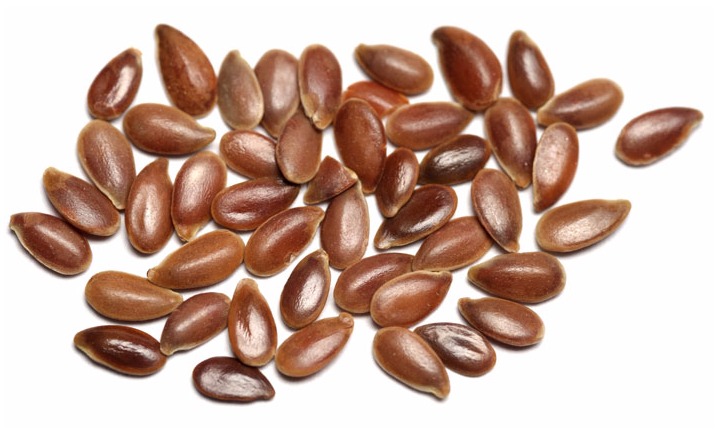 Fundamental research into the chemistry of flax by University of Saskatchewan (U of S) plant scientist Martin Reaney has led to a new patented technology and an unexpected byproduct—a flax-based artist quality oil that does not cause yellowing over time dries quickly, and has significantly reduced odour.

“This is a very exciting development that underscores the value of basic research and the innovation and entrepreneurship that often develop from curiosity-driven research,” said Karen Chad, U of S vice-president research. “It is also a wonderful example of how scientists and artists can work together, with help from the provincial and federal governments, to advance economic development.”

Reaney’s discovery began with a question: “Why does flax taste bitter?” His team was studying flax composition when they found that the bitter flavour was from compounds called peptides. Further studies of the flaxseed oil peptides have shown they have special properties, such as tumour and inflammation suppression, that could make them useful for a range of potential health, veterinary, cosmetic and industrial products.

Reaney, who already had seven world patents and 25 U.S. patents over his career, obtained additional patents for the process of isolating peptides from flax seed oil (also known as linseed oil). He set up PTC to commercialize products based on these peptide extracts. The company received funding from the Saskatchewan Agriculture Innovation Fund to focus on production of large amounts of peptides using commercial processes.

“We were isolating the peptides for the purposes of developing health and other products but in getting the peptides out, we then realized we had made a non-yellowing oil and it was a flaxseed oil that did not release sulfurous odours,” said Reaney. “This ‘sweetened’ flaxseed oil was completely a serendipitous discovery.”

To test whether peptide-free flax oil could be used as a new high-quality paint medium, Reaney teamed up with Hues Art Supply and secured a federal grant from the Natural Sciences and Engineering Research Council’s Engage program.

The research partnership demonstrated that indeed the novel oil met the tests for a marketable linseed oil, including no discolouring or fading, storage stability, rapid drying, resilience and quick mixing.  For the past year, half a dozen artists have been testing the new oil as well. However, Reaney notes that further research will be needed to determine the long-term properties of the new flax-based paint medium.

The discovery has led to a marketable product, Martin & Paul (named after two Martins and two Pauls involved in the production team), an all-natural ultra-clear linseed oil that dries clearer and faster, without the yellowing and fumes associated with previous oil-based paint.

“This new oil outperforms traditional linseed and walnut oils, and is a huge win for the artists who can now comfortably pursue their passion,” said PTC President John Hyshka.

The oil is already available at locations across Western Canada. Hues Art Supply, in partnership with PTC, plans to start producing paint containing the new oil in the next couple of months. The local “Men Who Paint” art group has collected various minerals, soils and organic material throughout Saskatchewan to create a uniquely local palette of colours for the production of artist quality paint.

“For centuries, scientists, painters and paint companies have attempted to develop non-yellowing flaxseed oil paint that doesn’t give off a sulphur smell,” said Paul Trottier, artist and owner of Hues Art Supply, noting that the strong odour has made it difficult for groups of oil painters to work together in a classroom. “We anticipate our new made-in-Saskatchewan product will spark renewed interest in oil-based art.”

The research involved U of S students and post-doctoral fellows, four of whom now work for PTC.

“The advantage of this new technology is that it adds value to flaxseed in two ways: the flaxseed oil is refined for use as a paint medium and value-added compounds are recovered from the flaxseed,” said Reaney who holds the Saskatchewan Ministry of Agriculture (SMA) Chair of Lipid Quality and Utilization aimed at developing new technology for oilseed processing and producing commercial bio-products with enhanced value.

“It is expected that the manufacturing of flaxseed-derived paints in Canada could support this important crop in Canada and contribute to the livelihood of over 10,000 flaxseed growers. Flaxseed production already contributes over $500 million annually to the Canadian economy.”