PBR91 delivers on promise of new varieties for Canadian farmers 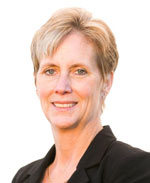 This is exactly what the Canadian Seed Trade Association (CSTA) was expecting with the updated legislation, and we are very excited to see it happening. Our farmers have access to new Canadian-developed varieties and now also to international varieties that would never have come to Canada without the new legislation. CSTA expects this is just the start of an upward trend.  In fact, the PBRO is already reporting a general upward trend in PBR applications since the implementation of PBR 91 in February.

We would like to remind crop value chain stakeholders that there are different obligations associated with the new PBR 91 varieties. CSTA has developed a number of useful resources to explain the changes and help value chain participants to comply with the new legislation. These resources can all be found on a comprehensive website www.PBRfacts.ca or by contacting info@pbrfacts.ca. To help stakeholders spread the word, we have developed postcards that can be included in mailings to retailers and customers. Contact Teresa Neuman in the CSTA office to order a supply.

We are entering a new era of opportunity with PBR 91. Farmers, seed conditioners, retailers and buyers of harvested material all have a lead role in ensuring that the investment continues to grow and the new varieties keep coming. Please visit www.pbrfacts.ca to learn your part.

The Canadian Seed Trade Association is the national voice of 130 seed company members engaged in all aspects of seed research, production, and marketing and trade, both domestically and internationally. Follow us on Twitter: @SeedInnovation