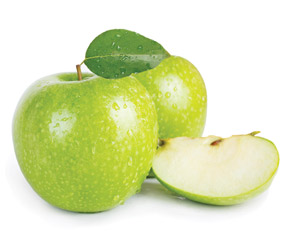 The first quarter or 2015 saw a number of long-standing dominoes fall for Okanagan Specialty Fruits (OSF), a Canadian biotechnology company based in Summerland, BC. The company’s flagship project, nonbrowning Arctic® apples, received commercial approval in both the U.S. and Canada after many years of regulatory review, meaning they can now be planted and sold just like any other apple!

For those unfamiliar with OSF, it’s a small, grower-led company that was founded by apple grower Neal Carter back in 1996. Since then, OSF has primarily focused on the development and testing of apple varieties that have been engineered to be nonbrowning through biotechnology, specifically, a process called RNA-interference.

Ag-West Bio first became familiar with OSF in 2009 when we were part of an effort to attract this highly innovative company to Saskatchewan, and OSF has had substantial research presence at the National Research Council facility in Saskatoon for more than four years.

With the use of an apple’s own genes, the production of polyphenol oxidase – the enzyme that initiates an apple’s oxidative browning reaction – has been silenced. OSF may apply this approach to creating other nonbrowning apple varieties, starting with Arctic® Granny and Arctic® Golden varieties.

Neal Carter believes Arctic® apples have the potential to boost a "decades-long stagnant apple consumption." The nonbrowning trait makes apples more convenient, while reducing unnecessary food waste due to superficial damage. However, to be sold in the United States, it was required that the U.S. Department of Agriculture (USDA) approve them; the Canadian Food Inspection Agency (CFIA) and Health Canada had to do the same in Canada.

The first of these processes to conclude was the USDA’s review. On February 13th they announced that Arctic® apples are “unlikely to pose a plant pest risk” and the apples’ approval “is not likely to have a significant impact on the human environment.”

While deregulation from the USDA is technically the only mandatory approval needed to commercialize Arctic® apples in the U.S., all biotech crops on the market today have also satisfied a voluntary consultation process with the FDA in order to demonstrate their safety for human consumption. And, on March 20th, the FDA announced that their nearly four years of review has led them to conclude that Arctic® apples are safe for consumption.

March 20th turned out to be quite a fortuitous day for OSF, as just a few hours after the FDA’s announcement, the CFIA and Health Canada confirmed their reviews of Arctic® apples had also been completed. They were just as firm in their conclusion that Arctic® apples pose no unique risks, and Health Canada stated that an Arctic® apple “is safe for consumption, still has all its nutritional value and therefore does not differ from other apples available on the market.”

Now that Arctic® apples have been approved in both countries, OSF is looking to getting as many trees planted as possible over the next few years. It is anticipated that Arctic® apples will first become available to consumers in small, test-market quantities in late 2016. Increasing amounts of nonbrowning apples, including new Arctic® varieties like Arctic® Gala and Arctic® Fuji, are also expected in subsequent years.

Congratulations to the OSF team on their successes. We look forward to watching as they take Arctic® apples through to commercialization.