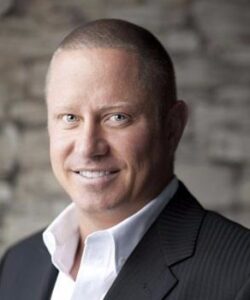 We can demonstrate through science that non-GMO food (GMO = genetically modified, or genetically engineered) isn't better for people, like some might want us to believe. Study after study shows that GMO food causes no harm. There's really nothing wrong with the food itself.

So why is the agriculture industry in an up-hill battle to defend itself against misinformation and attacks? Why are so many brands choosing the non-GMO route?

The answer is that it's smart business for them. Companies are meeting their customer's demands. But what can turn that around?

What the science shows
Three trillion meals worth of studies over a 29-year period have demonstrated that GMO foods are both nutritional equals and cause no harm to the animals or humans that consume them. One study showed that GMO-fed rats develop tumors and other ailments. However, the study was discredited for not using acceptable research methods.

The evidence clearly shows GMOs are safe. To state otherwise, given the number of well-orchestrated studies that demonstrate no harm, would signal the biggest and most elaborate cover-up ever in the world. In just the U.S., more than 70% of animal feed is currently made from genetically engineered crops. If the results of the few select studies that show harm were true, it would mean mass extinction for both livestock animals and humans.

One major indicator of the quality of a study is whether the results can be replicated (reliability). So, it seems that this overwhelming evidence should be the end of it. But it isn't. And GMO promoters need to ask why.

Why customers shun GMOs
First of all, we know that the average consumer is seeing a lot of misinformation online. Personalities they trust are promoting the studies and supporting legislation to hinder the use of GMO products. In a way, it's almost the opposite situation that green technology producers in real estate are in. Sure, there are benefits to solar panels for many homeowners, but many are willing to look past the numbers just because “going green” feels good on an emotional level—even if they might not break even.

Many consumers look past the data surrounding GMOs because they've been told it should concern them. It's sort of a chicken and egg situation, in a way. A particular group of people chose to protest GMO products and champion everything “natural” years ago—however, many of these complaints were aimed toward perceived business practices of some of the industry's larger players, rather than a protest of the product itself. Businesses naturally jump on board, advertising their all-natural, non-GMO menus. Through this, more and more consumers, who otherwise would not have strong opinions on the subject, are exposed to this line of thinking. If their favorite hip places are against this, shouldn't they be against it as well? As more people start to think this way, more businesses see it as an opportunity to bring in a little more money by taking this stand.

How bad behavior of the few affects the many
So what we have here is an industry reputation problem. The acts of a few bad apples spoil the whole barrel, so to speak. As a result, in an effort to steer clear of a shunned industry, players at every level of the supply chain are moving away from GMOs, despite the evidence. Their customers have a negative image of GMO. They, therefore, must move away from GMO as well, to survive in the notoriously low-margin food industry. It's difficult for people to tell the bad apples from the good ones in the industry. All GMO crop developers are one entity as far as customers are concerned.

What are companies to do?
According to Health Canada and the Canadian Food Inspection Agency (CFIA), all crops created through genetic engineering go through a rigorous testing process (this can take more than 10 years) before they can be sold commercially. Regulations ensure that companies are selling safe products. Where companies have fallen short over the years is in speaking to consumers, rather than just to farmers.

To resolve this, we need to look at branding. Companies that use genetic engineering must do a better job of managing their reputation, communicating with the public and branding themselves as responsible. Until they do, the industry will continue to be perceived as not caring about the safety of consumers. Without a change on the consumer-level, businesses that take the anti-GMO stance won't see a need to alter their branding strategies.

Companies should ask themselves this question:
Are you able to address the concerns of consumers, not just through words, but through actions? Until customers are able to believe they can trust the companies, the feeling that these products may be harmful will continue. And that's a complete disservice to everyone.

Justin Havre is a Calgary real estate agent and blogger.