No room in science for provocateurs

is a professional research associate at the University of Saskatchewan 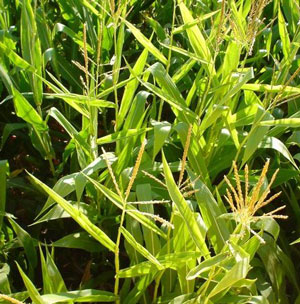 How many times do we have to deal with the folly and fall-out of sub-standard science? In a letter titled “Future of Meat” published in the Western Producer, October 24, 2013, Jillian MacPherson references the same ol’ ill-reputed studies to challenge something that is no longer an issue: the safety of genetically engineered crops and food.

After eating three trillion servings of genetically modified foods, not so much as a tummy ache has been reported by anyone. More than 750 well-executed studies conducted over a span of 20+ years affirm the safety of genetically engineered foods and crops.
Many of these are conducted by independent, public-sector scientists. We call this ‘scientific consensus.’

The Séralini, Carman and Krueger studies are each guilty of three or more of the following: 1) a poorly executed methodology; 2) weak statistical analyses; 3) poor use of controls; 4) inappropriate sample sizes; 5) spelling and grammar errors; 6) and the authors refuse to release data or methods so that other scientists can replicate the work. These weak or missing elements violate the long-established tenets of ‘good science.’

But why do these same ol’ studies keep getting regurgitated in the media and continue to pop up on the Internet complete with hype and ugly photos?

Well, much of it has to do with our online habits. More than 70% of North Americans consult Google and social media platforms for information. Also, we humans exhibit interesting cognitive habits. We are conspiratorial thinkers. We are conformists. We seek out information that confirms our beliefs. We think in pictures and we have a habit of finding meaningful patterns in meaningless noise. Finally, we love a good story. Before we could write, we told stories. The only difference is that we don’t do it on cave walls anymore. We do it on the fast moving social media trains of Facebook and Twitter.

This leaves us open to all kinds of misinformation. Science isn’t easy to understand and it certainly isn’t sexy. So, when studies conducted by the likes of Séralini, Carman and Krueger magically make it through the peer-review process, most of us that understand what ‘good science’ is are left scratching our heads. Make no mistake, these so-called ‘studies’ have political agendas driving them. They are promoted and circulated in such a way that it feeds into our fears and our biases. The studies (and their authors) are highly provocative – nothing more.

Quite simply, there is no room in objective, evidence-based science for provocateurs.

Did you know that the publication of the Séralini study in September of 2012 was neatly bundled with a well-promoted press conference, a book launch as well as a movie – all in the same week? This is ‘unheard of’ in reputable science circles. It is clear that Séralini set out to prove something rather than to objectively investigate. In advance of the publication, Séralini also required journalists to sign a Non-Disclosure Agreement (NDA). This meant that journalists’ could not consult with any third party experts in order to report on the study in balanced way. No self-respecting academic scientist would require an NDA. To date, more than 30 health and food safety organizations the world over have discredited the Séralini study.

Academic publications and journals need to meet important scientific criteria regarding quality and the National Institute of Health (NIH) maintains the PubMed database which houses the ‘gold standard’ in academic publishing. Both the Carman study and the Krueger study were published in journals that are not even recognized by PubMed. This is a huge ‘red flag.’ Let’s face it, if these studies represented anything ground-breaking – something that legitimately challenged the ‘scientific consensus’– they would have been snapped up by higher calibre PubMed journals such as Science or Nature.

If this is where we hold our expectations of science – in the kind of studies conducted by the Séralinis, Carmans and Kruegers of the world – then we are in serious trouble. I want fact and evidence-based information and ‘good’ science to inform policy – not someone’s agenda-motivated, fictionalized version of the science. If safety and value-add is the goal for our foodstuffs then, as a society, we should demand better. We cannot hold progressive and innovative science to such weak standards.