NDP, please stop with the anti-GMO – you are embarrassing yourself 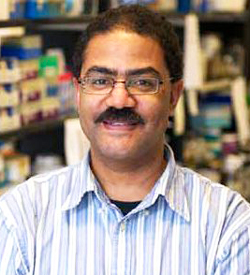 A private member’s bill, C-291, An Act to amend the Food and Drugs Act (genetically modified food), was introduced on June 14, 2016 by NDP MP Pierre-Luc Dusseault. This is the latest in a string of anti-GMO bills that have been introduced over the years. This comes on the heals of the party’s agreement to debate the hopelessly naive and scientifically indefensible Leap Manifesto.

I have a really important message for the NDP. If you adopt science and evidence as foundational to policy, you can't choose the science to suit your ideology. If you do this, you lose all credibility. The repeated calls for mandatory GMO labeling are threatening the party’s credibility on all issues, especially when in support, you call on pseudoscience that has been long discredited, and repeat the outright lies of the ideologues. How do you support the scientific consensus on climate change, vaccines and safe injection sites while denying the scientific consensus on GMO? When you deny scientific consensus like this, you are automatically associated with the woonatics of this world.

I am a practicing scientist. I respect the tremendous power of science to distinguish reality from myth. Science is a continually self-correcting shield against charlatans, snake oil sellers and power seekers, many of whom use fear and pseudoscience to exploit the credible in order to enrich themselves. I believe it is the duty of scientists to stand up for science.

Let me say this as clearly as possible: there is no debate about the safety of food produced through genetic engineering. It is as safe as, or safer than, food produced using any other breeding method. This is one of the main findings of the recently released National Academies Genetically Engineered Crops study. Additionally, this technology has resulted in real benefits, such as reduced use of pesticides and energy; reduced greenhouse gas emissions; increased profits to farmers; and increased productivity. A meta-analysis by Klümper and Qaim, published in 2014, demonstrated that genetic engineering was responsible for a 37% reduction in chemical pesticide use, increase of crop yields by 22%, and increase of farmer profits by 68%.

In other words, this technology provides real benefits to health, the environment, and pocketbooks. Remarkably, this is what has been achieved with technology that is over a quarter century old. Just wait until the products of the newer generation of engineered food hits the market, with even greater benefits to the producer, consumer and environment.

In the past decade of government mismanagement of Canadian science, Canadian scientists found their champion in the NDP official opposition. This effort was led by Kennedy Stewart, who gained the respect of many with his excellent work. Sadly, much of this capital is being squandered by the actions of others in the party, which seems to have the support of party leaders.

A party that fully embraces science and technology would be a cheerleader for food biotech. It would be calling on Canada to take the lead, becoming a powerhouse in agricultural innovation worldwide. It would be working to ensure that Canadian youth have a better understanding of how their food is produced. It would be pushing for real solutions to climate challenges rather than those based on ideology that are often actually much worse for the environment.

With the introduction of C-291, we are ready to provide another view. In anticipation, we had prepared an E-petition to the Parliament of Canada, E-311 on Genetic Engineering. The petition, reproduced here, describes what we stand for, and why. We thank NDP MP Kennedy Stewart for sponsoring our petition, and also working hard to make federal electronic petitions a reality.

Petition to the Government of Canada
Whereas:
• Canada is a society that values policy based on best scientific evidence;
• With current rate of population growth, the world will require double current food production in 50 years;
• Crops have been genetically manipulated for over 10,000 years, resulting in the current variety of foods;
• Transgenic technology has facilitated farming practices that significantly increase yield while reducing inputs;
• Modern plant breeding techniques, including transgenic and genome editing, has the potential to produce crops that can be grown with reduced environmental impact, increased disease resistance and improved nutritional qualities, at a lower cost to the consumer;
• Food produced through modern plant breeding techniques is approved for human and animal consumption following rigorous and science-based regulatory system;
• Every major scientific and medical organization worldwide that has reviewed this subject has proclaimed modern plant breeding techniques to be as safe as other types of crop development;
• In Canada, there is already mandatory labeling of food for nutrition and safety purposes;
• Mandatory labeling of foods produced from crops developed using modern plant breeding techniques would provide no information about nutritional quality, safety, or impact on health or the environment; and
• There is already a voluntary labeling system, the National Standard of Canada Voluntary Labelling and Advertising of Foods That Are and Are Not Products of Genetic Engineering.

We, the undersigned, citizens of Canada, call upon the Government of Canada to fully support continued investments in plant biotechnology, and reject any call for mandatory labeling of foods produced using ingredients that result from modern plant breeding techniques.

You can view and sign the petition by clicking this link.

Dr. Trevor Charles is a professor in the Department of Biology at the University of Waterloo. This article reflects Dr. Charles personal view of this matter.