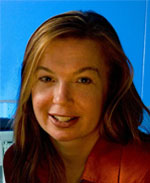 In my former role as an animal scientist at the University of Saskatchewan (U of S) I knew of the NRC building on the campus as the “Plant Biotech Institute” or “PBI.” I thought of it as the place that you take your DNA to drop off for sequencing. Two years ago I joined the Industrial Research Assistance Program (NRC-IRAP) and started to get to know the scientists and better understand the history of the facility.

There have been many significant accomplishments that you may not know of if you aren’t directly connected to the facility. I would like to take a few minutes to note some of these, and to celebrate this important Canadian institution.

In 1916 the National Research Council legislation was enacted and the institution was formed with the mandate to advise the government on matters of science and industrial research. For the first 15 or 16 years of its existence the NRC consisted of offices and borrowed lab space. It launched Canada’s first research journal, “Canadian Journal of Research” and funded research for human and bovine tuberculosis – a significant domestic problem in the 1920s. In 1932, NRC’s first dedicated lab was built in Ottawa.

The NRC established a laboratory on the east side of the U of S campus in 1948. The original purpose of the facility was to “use chemistry and biology to diversify Canadian agriculture.” Originally called the “Prairie Regional Lab” then the “Plant Biotechnology Institute,” the facility is now known as “NRC Saskatoon.”

Because we celebrate the development of canola so much in Saskatchewan, people in this province may recognize the name Burton Craig. Craig, working with highly accomplished technical officer, Martin Mallard, developed the gas-liquid chromatography (GLC) analyses that were necessary for breeders to select germplasm that was low in either erucic acid or glucosinolates and create double low rapeseed – a critical step in the development of canola.

Other accomplishments in the 1950s included the first synthesis of sucrose by Raymond Lemieux; a significant number of patent applications regarding the synthesis of lysine, arginine and glutamate for animal feed supplementation; and community service work to control dust explosions in grain elevators.
The NRC also worked closely with other research organizations in Saskatoon. For example, Bill Hogg developed expertise in glass blowing and blew most of the glass used within the university; and the NRC worked with the Royal University Hospital to store blood and bone supplies for human surgeries. In the late 50s, Gordon Sinclair established NRC’s first commercial spinoff, Prairie Fibreboard Ltd., which created construction products from wheat straw.

The development of plant tissue culture techniques represented an extensive body of work that began in the 1960s, led by Oluf Gamborg and his chief technical officer Jerry Shyluk. “Gamborg B5 Medium” is still available for sale in research chemical catalogues. Service work for the community continued with Reg Haskins working with the Saskatchewan Wheat Pool (SWP) on flour characteristics produced by SWP mills.

The 1970s saw significant developments in cell culture. Kuo Nan Kao developed cell fusion techniques using polyethylene glycol (PEG) for both plant and animal cells, still used around the world; and Kutty Kartha developed a method of virus-free meristem culture, which led to the eradication of viruses from cassava collections around the world.

Fractionation was significant in the 1980s, especially in peas, and was conducted primarily in Clare Youngs’ lab. Protein and fibre were used for human food and starch was directed to the Saskatchewan potash industry. ProStar Mills, the precursor to Parrheim Foods, was established from this body of research. A second company, GNC Bioferm Inc., established by Jan Grootwassink was spun out from industrial enzyme research and became Canada’s first supplier of enzymes for animal feed.

The first genetic transformations of cereals, peas, Brassica rapa and Brassica juncea (two canola varieties) happened in the early 1990s; plant hormone profiling was initiated by Suzanne Abrams in 2003; and genomic sequencing of brassicas, wheat and lentils started in the 2000s.
In 2013, the NRC reorganized into a Research Technology Organization and the Canadian Wheat Alliance was formed with NRC Saskatoon, Agriculture and Agri-Food Canada, the University of Saskatchewan and the Government of Saskatchewan.

These are just a few of the amazing accomplishments at the National Research Council.
NRC Saskatoon continues to create advances in gene editing, double haploidy, cell culture techniques, genomic sequencing of multiploidy plant species, microbial ecology and identification of critical agents and pathways in plant disease and abiotic stress. NRC Saskatoon also has fantastic incubator space for small companies; currently more than eight companies have laboratory space in the building.

In 2016, NRC celebrates 100 years of discovery. The next time you are in the Saskatoon facility or just happen to see a NRC staff member, make sure you take the time to talk and celebrate success!