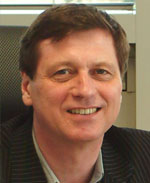 Last week’s blog, Building the Start-up Eco-System in Saskatoon by Glen Schuler, Lorna Shaw-Lennox and Laurel Reich is excellent and describes some of the concerns of being a start-up entrepreneur in Saskatchewan. The company examples in the article demonstrate convincingly what options exist for young companies when they find no help in Saskatchewan.

However, let me add another point. The public seems to be clear about this: There is one thing which seems to be the most obvious stick for start-ups to be measured against. In government, both on the federal as on the provincial level, many outsiders to the start-up world can see this: It seems to be the consensus that if the start-up company does not invest money in its own project, obviously it is not of much worth to them and therefore no public money should be spent on it. There needs to be “skin in the game.” Makes a lot of sense, does it not?

Sometimes it does, in particular when a large corporation applies for project funding, and has many competing projects in the pocket trying to figure out which of the many public funding tools would be most available to them. Often this is a plot for location: The town that supports the project most gets it. We call this the principle of matching money. It makes a lot of sense, because the applicant is a profitable, powerful corporation! Nothing is free in business!

Obviously. But what about the single entrepreneur, for example, a woman with a great idea for a new snack, who has done the market research, and knows that the snack could be sold as a new product? Or a student team, trying to develop a great new smartphone app? Should they pay 50 per cent of their start-up costs into the matching money funds of the government’s many pockets? What if help is required from public /private institutions like the Saskatchewan Food Industry Development Centre, University of Saskatchewan (U of S), National Research Council, Saskatchewan Research Council or POS Bio-Sciences?

1. Say the woman entrepreneur needs $20,000 for a small study to prove that the new snack has a healthy composition or is suitable to be processed by an extruder. Under the current model, the entrepreneur has to shell out $20,000 from her own pocket to have the study done. Half of the money may come from public funding, if she first pays $10,000. She may be reimbursed the $10,000 later, if she can handle the cash flow. Matching money is okay—if she can afford it.

2. The student team who wants to develop the new app needs six months for two students to write the code. Who pays them to do this? Would they be charged the matching fee to use the services of TRTech, a not-for-profit technology commercialization company that mentors electrical engineering students? NO, in fact, they do not have to pay: Thanks to a partnership with the University of Saskatchewan, U of S students work on certain TRTech projects free of charge as part of their graduate thesis. There is no matching money involved.

Why the different treatment for these entrepreneurs? One is a single woman, the other one is a team of student entrepreneurs. The first gets funded 50 per cent after taking the risk to leave her job; the latter gets covered 100 per cent, which basically means this is their first job. There is an inconsistency in the system.

Yes, large corporations have to match public money if they want funding, because they are profitable and have many options to choose from. They have to compete for public money, because the money can be spent only once in the most profitable way. However, a local entrepreneur, student or not, is not the same as a billion-dollar multinational. He/she may have a brilliant new product idea and one shot at realising it. He or she is local, has a regular job that she needs to quit for the start-up business. This entrepreneur, similar to the student team, needs only a small amount of funding, unlike the highly profitable multinational who wants large amounts of public money.

Would the governments of Canada please acknowledge the difference between the two groups?