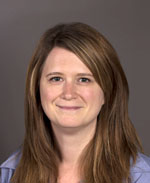 is a Senior Project Manager at Genome Prairie

by Kari Doerksen
This blog contains a lot of talk about social media. For those of you who want to give the social media “eye roll” please do so now. OK, let’s continue to the story below.

You might be missing something good. Seriously. The problem? No one has ever explained it, supported your learning about it, or given you credit for using it. 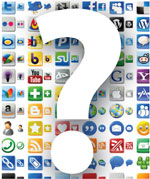 The way we communicate is changing. More than ever, people are going to the Internet for their daily news. Survey after survey indicates that this is no passing fad. And with the availability of mobile Internet devices and our ability to Google (yes, I use it as a verb), the way we look for information is changing.

When the general public, policy makers and politicians search for biotechnology or science topics on the Internet, what do they find? The reality is that they are often finding misleading, non-peer reviewed or poorly interpreted scientific information. They are not finding a balanced conversation about science online. As many of us know, several anti-science groups have caught on to the power of social media, and are using social media to influence public opinion.

We science people should care.

So where is the science community?

University researchers are particularly well positioned to engage their peers and other groups in a more strategic manner. The majority of our PhD earners are in the public sector. Social media tools provide an excellent opportunity to communicate and get feedback from a wide range of groups and become part of the online dialogue. The best part: social media allows us to communicate across classes, sectors and borders. This does not suggest that all researchers become involved in controversial discussions online, but that they simply become engaged and tell their stories. The “day in the life” and human interest stories that the public rarely hears. This is less about teaching the public how to understand science, and more about offering a more realistic image to counter the “evil nerd in white lab coat” stereotype.

After many conversations about this (and perhaps one or two glasses of wine), my colleague Dr. Cami Ryan and I started discussing the life of an academic researcher and where social media sits on their priority list. The traditional academic system asks them to do many things: train students, get research funding and publish, publish, publish. We wondered… Are researchers rewarded for using non-traditional forms of communication? Has anyone ever explained the strategic ways social media can be used to build relationships and improve their research? Are they afraid of the very aggressive sub-population of Internet users who’s Grandmother did not teach them manners? (thanks, Grandma!)

Cami and I surveyed the tenure and promotions policies for academics in the top 15 universities in Canada. The result? Very few academics receive credit for using online tools. We also surveyed the social media policies for the top 15. Turns out that only six of them actually HAVE policies. And those policies were more focused on protecting personal information than actually giving researchers the guidance they would need to strategically use these tools for research or issues management. The policies often included combative and reactive language, rather than taking a proactive, strategic and positive approach.

Academia could be the place where the loudest voice of our science community exists. I think we should increase the volume.

So why does this matter? Because now, when the public, policy makers and politicians “Google” science topics, these little things called blogs and tweets show up in the search feeds. What kind of information do you want them to see?

The way we communicate is changing. I’m suggesting that we, the science people, change the way we think about communication. Universities should be proactive in building new policies and incentives for researchers. This is just another way we can create relationships and proactively manage issues.