A lightbulb moment for Brent Zettl

by Glenn Cheater, for Agknowledge 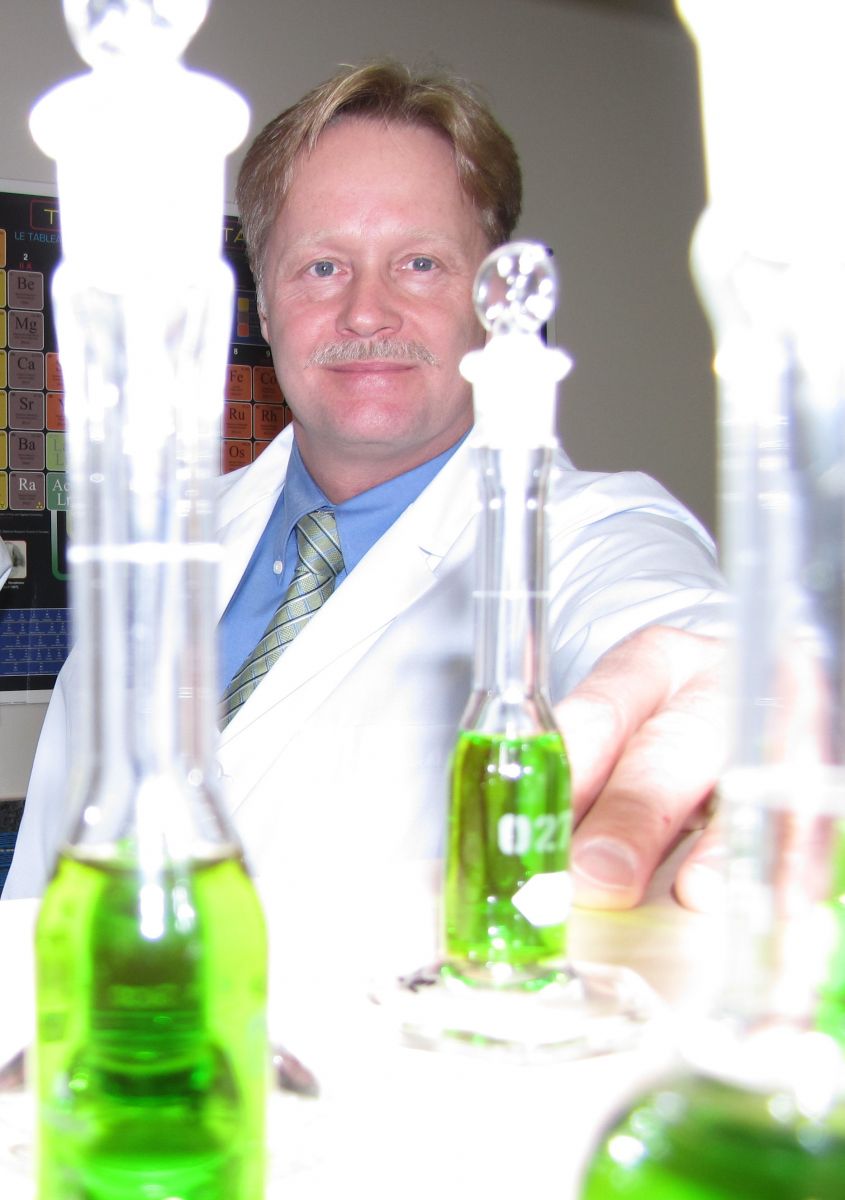 Brent Zettl discovered micropropagation while researching a term paper. Today the U of S agronomy grad and his cutting-edge company are producing plant-made pharmaceuticals

There were days when Brent Zettl might have wished he hadn’t found his ag courses so interesting. Zettl was a bit older, 24 and already a father of two, when he enrolled at the College of Agriculture and Bioresources. Partying certainly wasn’t a priority and even marks were somewhat secondary. What captivated the agronomy major was the potential —and potential business opportunities —in the rapidly advancing world of plant sciences.

So in 1988, just two years into his studies, he and another student founded Prairie Plant Systems Inc. “We could see a real opportunity in biotech and how it would create new markets,” says the Class-of-90 grad. “We were enamoured of the whole science arena and what science could do.” Thanks to its expertise in biosecure growing chambers and plant technology, Prairie Plant Systems (www.prairieplant.com) would later garner international media attention by winning a federal government contract to grow medical marijuana in a mine near Flin Flon, Manitoba. But its real focus is on bioengineering plants to produce pharmaceuticals.

For example, it has created a legume that produces adenosine deaminase. People who have a deficiency of this protein have compromised immune systems, the so-called bubble boy disease. Clinical trials of plant-produced ADA are underway and other transgenically produced proteins are in development. The company employs more than 50 people in Saskatoon and another seven at a subsidiary in Michigan. But that’s now. The magic moment came 23 years ago when Zettl was researching a paper for a plant physiology course and came across a paper on micropropagation of plant tissue. “I was just fascinated,” recalls Zettl. “How could you grow a plant in a test tube and make multiple copies without it even having roots?”

Fascination quickly turned to inspiration, and the two students concocted a can’t-miss plan: Clone high-yielding, prairie-hardy saskatoon trees and help start a new small-fruit industry on the Prairies. “We thought this would be a big new generation crop, and we’d be able to move half a million trees a year,” recalls Zettl. “But we only did one-tenth of those sales.” It was then that Zettl earned a second degree in the school of hard knocks. “I learned necessity is the mother of invention, but cash flow is the father,” he says with a laugh. “And father spoke many times in those early years.” Worn down by the grind, the partner departed but Zettl carried on—still seized by biotech’s potential, especially bioengineering plants to produce pharmaceutical proteins.

The big plant science companies were focused on doing that with corn but Zettl believed, correctly, the risk of contamination in open-field growing was too great. So when a Flin Flon mining company was searching for a company to build growing chambers in an unused portion of a mineshaft for vegetable production, he aggressively pursued the contract. The deal he struck included access to part of the chamber for research. “We then started looking for a project that would get the attention of the pharmaceutical companies by highlighting the advantages of a contained facility for these types of designed plants,” he says. “So when the federal government put out a tender for growing medical marijuana, we said, ‘Hey, that’s the project for us.’”

The marijuana contract quickly made a name for the company, and helped launch its entry into the plant-made pharmaceutical business. “The rest, as they say, is history—but those early years were really tough slogging,” says Zettl. “We could see the potential but we had to find a way to pair the prospects with real markets.” Today, Zettl’s company continues to conduct research, as it has since its founding, at L.F. Kristjanson Biotechnology Complex. And the passion first kindled at U of S continues to burn, he says. “The courses I took really inspired me. I was excited by the science but also the potential—if you combined it with a little innovation—to create a business from it.”

Reprinted with permission from the U of S College of Agriculture and Bioresources
Photo: Jackie Robin, Ag-West Bio