Julie Borlaug: Biotechnology part of an integrated approach in the fight against hunger 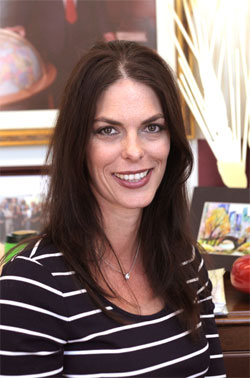 No one knows better than Julie Borlaug the value of gaining public support for biotechnology projects. As the Associate Director of External Relations for the Borlaug Institute for International Agriculture, she has seen first-hand the need for innovative agricultural solutions in developing countries, as well as the heartbreaking delays that can be caused by a lack of public awareness or understanding.

As a keynote speaker at this year’s Agricultural Biotechnology International Conference (ABIC) conference in Saskatoon in October, Borlaug will focus on the legacy of her grandfather, Dr. Norman Borlaug, known as the father of the Green Revolution, and credited with “having saved more lives than any other person who has ever lived.”

Dr. Borlaug’s legacy includes improvement of wheat varieties, educating future generations of scientists, and creating alignment between policymakers, scientists, and the public and private sectors to ensure that agricultural advancement reaches farmers. In 1970, Norman Borlaug won the Noble Peace Prize for his work.

The Borlaug institute, as the international arm of the agricultural program for Texas A&M AgriLife focuses on teaching, research and extension, participating in development projects with USAID and USDA, as well as offering short and long-term training programs.

A key component of that legacy, however, is popularizing biotechnology as a tool in the fight against world hunger. “We need to address the ever growing debate against the need for innovation and biotechnology,” says Borlaug. “We need to reach beyond the agricultural and scientific community and instead address the public, including mothers, youth and groups who know nothing about agriculture or the needs of the developing world.”

Julie Borlaug will not sugarcoat what she believes would be her grandfather’s response to the anti-science/anti-GMO movement: “He would be disgusted! These groups and people have often never visited a developing country or spoken to a smallholder farmer. These groups do harm by barring innovations that would be life saving, such as Golden Rice. My grandfather never understood their inability to see the environmental benefits of biotechnology, especially considering the reality of climate change.”

The tendency for certain interest groups to dismiss biotechnology out of hand is disturbing, says Borlaug, as it is an important tool in working to solve global challenges. “We need to retool our message about the importance of biotechnology, which plays a huge role considering the issues we will face with climate change, a growing population and limited natural resources,” she says. “We need to make those opposed to or misinformed about biotechnology supporters of our cause.”

“When we discuss biotechnology, we need to remind the public that we recognize that it is not the only solution. Instead it is an important tool that must be utilized in an integrated approach in the fight against hunger.”

Managing the public face of biotechnology may well be the second wave of the Green Revolution, because public education of the realities of agriculture and bio-science is key to removing barriers to innovation. “The romantic notion of agriculture is dangerous,” says Borlaug. “We must continue to address why returning to farming systems of the late 1900s is not possible nor a solution.”

Visit the ABIC 2014 event website to register or for more information.
ABIC 2014 is hosted by Ag-West Bio.
Noelle Chorney is a freelance writer based in Saskatoon, SK.