Jack Bobo on Public Perceptions and Choosing Your Battles 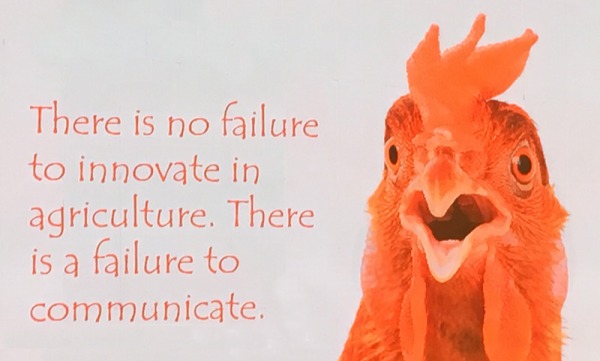 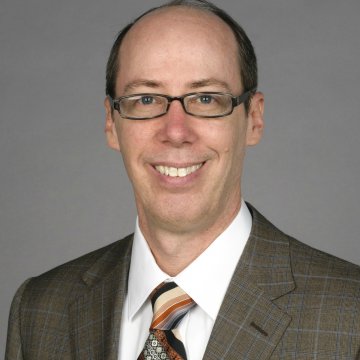 While in Weifang, China for the Agricultural Bioscience International Conference (ABIC), we caught up with Jack Bobo, head of communications for Intrexon, a science and innovation company that acquired two Canadian research companies in the last few years: AquaBounty Technologies (makers of genetically modified Atlantic salmon) and Okanagan Specialty Fruits (the maker of Arctic™ non-browning apples). We spoke about the evolution of public attitudes toward food production, the benefits of diversity in our production systems, choosing your battles in a difficult regulatory climate, and being a ‘science optimist and regulatory pessimist.’
……………………………………………………

While it may seem to many that we have lost the public trust when it comes to food systems, Jack Bobo takes the long view, going back to the ‘80s.

He says as people became more affluent, there was a paradigm shift from ‘conspicuous consumption’ to ‘conspicuous production’, which led consumers to want to know where things came from and how they were produced. People wanted their food to reflect their values, and some believed that organic was a way of demonstrating they cared about the planet. As well, as food became safer, people seemed to be looking for something to worry about. “It just happened that GMO arrived right at that time.”

Bobo believes our food system is stronger thanks to the different production methods, from organic to biotechnology, and that ideas are moving in both directions. Organic’s influence was to create a movement towards sustainability. “By not including technologies, organic farmers are forced to be more innovative to solve problems, and those innovations can turn out to be something useful.”

The complexity of the global agricultural system may not be well understood by consumers who believe that choosing organic food shows they care about the environment. What is happening at a local level might not give a clear picture of the impact of production systems on a global scale.

“If you only care about your piece of land on your farm, that’s one perspective. If you have a world view, then more intensive agriculture tends to win out because that means less pressure in other places. Organic production may reduce the amount of inputs on a piece of land, but it produces less food, which means there is more land in production. So, is that more, or less sustainable?”

So how does the organic influence affect policy and regulation?

That brings us to the present moment and the consumer demand for non-GMO product labeling. Bobo says, “When the consumer has a false belief it is easier to cater to the belief than try to eradicate it. Regulators are allowing people and organizations to make claims that aren’t supported by fact, and governments aren’t going after them.”

“I’m a science optimist and a regulatory pessimist. I’m confident science will get us where we need to be. I’m not sure that the regulators will allow us to go there. We need to demonstrate tangible benefit to the average person.”

“What we need are products that people want and love. That’s where the Arctic™ apple has potential.” Apples are currently the third most wasted food in the U.S., and loss happens at every step of the production process. A non-browning apple could take a serious bite out of food waste. The apple benefits everyone who touches it in the supply chain and there is an obvious benefit to consumers. “The difference is the GMO apple is the first apple that people will buy because it’s a GMO, not in spite of it being a GMO.”

“The way our minds work is ‘GMO is either good or bad.’ All those things that seem like consumer resistance could disappear very quickly with just one product that is a home run.” 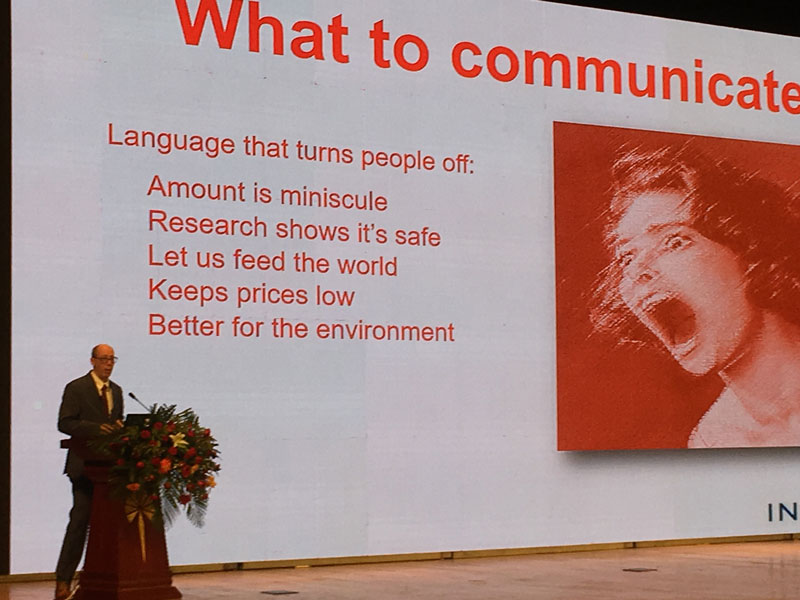 *Top photo: an image from one of Jack Bobo’s slides at ABIC 2018