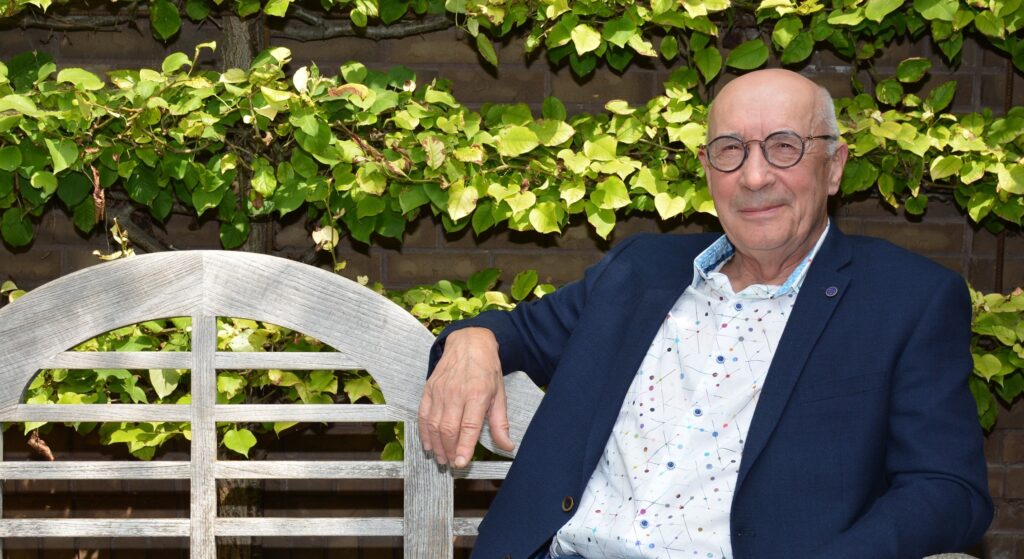 Fiyin Obayan recently started working at Ag-West Bio as a communications assistant. This series of blogs and videos “My First Month at Ag-West Bio,” documents her experience at her new job, including a tour of Innovation Place and interviews with Ag-West Bio staff members. This process gave her insight into the ag-bioscience industry and the vision behind the organization.

With my new position at Ag-West Bio, I’m on a journey of learning about the company. I recently had an opportunity to interview President and CEO Wilf Keller. Before I started my job, I learned that Wilf was inducted into the Canadian Agricultural Hall of Fame this year, so I knew the company was under great leadership and I was joining an impressive organization.

Wilf is a well-respected and well-liked leader in the community. He is a very down-to-earth and humble person who always focuses on teamwork.

“It was a great surprise to me to receive this news about being inducted into the Canadian Agricultural Hall of Fame. A lot of the results come out of teamwork. It is an honour for me to really represent a team,” he explains. (Even more recently, Wilf received BIOTECanada’s Gold Leaf Award for Industry Leadership).

I’ve learned that he was a key player in the development of herbicide tolerant canola while he worked for the federal government. He worked at Agriculture Canada in Ottawa for 17 years, then came to Saskatoon to work at the National Research Council Plant Biotechnology Institute from 1990 to 2008 (he served as research director from 1999 to 2008). He was president and CEO of Genome Prairie for four years before taking a full-time position at Ag-West Bio in 2012.

“Many years of experience helped me with connections – knowing people, knowing government systems, funding systems – that help to support what we do at Ag-West.”

With the increasing demand for food and nutrition globally, there are challenges ahead, but Wilf remains optimistic for the next generation of scientists.

“It really is a tremendous career opportunity for people that are growing up in this era, in their teens or their twenties, to take training in an area that interests them and gives them passion.”