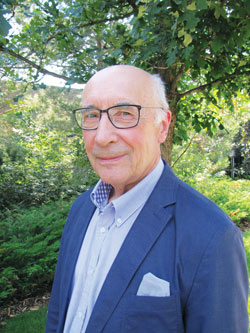 Keller is president and CEO of Ag-West Bio, Saskatchewan’s bioscience industry association. He says it’s a “tremendously exciting” time to be in the industry. Technology is helping scientists to develop crops that are tailor-made for specific growing conditions. Imaging technologies, for example, can help researchers better understand how plants are affected by environmental stressors, such as climate and pests.

“Drones are being used to collect images from plants in the field. Now, using sophisticated imaging such as synchrotrons and neutron-beam imaging, you can peer right into the roots while a plant is growing in the soil,” said Keller.

Keller says the information obtained will also lead to more intelligent agricultural machinery. Farmers will ultimately be able to direct a seeder to seed different types of genetic varieties into various parts of the field. “For example, if your land is on top of a hill or if you’re in a low fertility area, you’ll be able to determine how much fertilizer you’ll need to use in those areas.”

“Saskatchewan is home to one of the most vibrant bioscience clusters in Canada and the heart of the country's agricultural biotechnology sector,” he says. “Agriculture has traditionally dealt with developing commodity crops and products, but as we move forward there’s a lot more interest in value-added technologies. There’s a desire to use more pulses, for example, which are very high in protein and increase nitrogen in the soil where they are planted.”

“When it comes to the environment, we want to see the industry in Saskatchewan positioned as a solution provider to some of the issues behind climate change and greenhouse gas production. An example would be the way we manage our soils. Thanks to agricultural technology, which has enabled zero-till agriculture, we’ve actually been able to sequester millions of tons of carbon into western Canadian soils.”

He says there’s world-leading work going on in the province when it comes to using genomics to reveal the genetic blueprints of a variety of crops, such as wheat and lentils. This information can be used to develop strategies for improving crop varieties. It can also help to target specific pathogens and pests without affecting beneficial organisms.

Keller points to the University of Saskatchewan (U of S) as a major force behind the growth in the biotechnology sector. In 2012, the Global Institute for Food Security (GIFS) was established at the U of S, a research institute led by Dr. Maurice Moloney that aims to use science to create solutions to deliver sustainable food security for the world. GIFS focuses its research on a number of areas, including developing new technologies to enhance the quality of seeds and make them more robust. An area of special interest is the interaction between roots, soil and micro-organisms.

Last year, GIFS received a $37.2 million investment, the largest in U of S history, to advance its research and innovation program, Designing Crops for Global Food Security. In June, GIFS will host a conference in Saskatoon, with support from Ag-West Bio and the ABIC Foundation, called Emerging Technologies for Global Food Security: Mobilization to the Developing World. 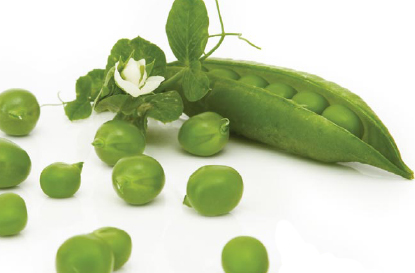 A recent development is the concept of the ‘protein highway’. The protein highway refers to an area extending from the Canadian prairies down to South Dakota, where there is a large supply of crops like pulses and canola, and the potential to become a hub for processing and innovation in plant-based, food-quality protein.

As Keller explains, the highway could provide more plant-based protein to parts of the world where a shortage of protein is a growing nutritional problem.
“The protein highway has the supplies and the innovation behind it to help prevent a worldwide protein deficit,” he says. “AGT Foods, operating in both Saskatchewan and North Dakota, for example, has a brand of flour called PulsePlus™, which is made from the de-hulled seeds of pulse crops. In a place like Asia, this flour could be incorporated into noodle dishes to provide an excellent source of protein and fibre.”

Moving forward, Keller feels that Saskatchewan’s agritech industry has the potential to become an even more significant player. “As we think of ways to invigorate the economy, we can’t simply rely on the energy sector. We need to think of ways to generate more wealth. This requires innovation. It could include high-quality, value-added food products. We should not only be exporting boatloads of seeds,” he says.

“There’s definitely a societal interest in quality of food, health, and nutrition values across the world. Food is innovation and we should push it.”