Ingo Potrykus, creator of Golden Rice, to speak at ABIC 2014 in Saskatoon

“Solving world hunger” is often considered not much more than a noble, but abstract and impossible goal. Dr. Ingo Potrykus decided to devote his career to solving that problem–specifically that of “hidden hunger,” or the lack of micronutrients in staple foods. He developed a product called “Golden Rice” that can prevent deficiency in vitamin A, which causes blindness and death for millions of people in developing countries. 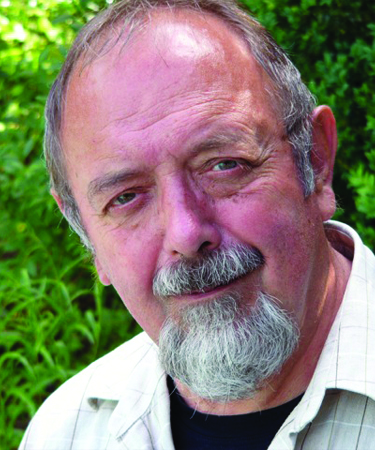 Dr. Potrykus, is Professor Emeritus of Plant Sciences at the Institute of Plant Sciences of the Swiss Federal Institute of Technology (ETH), Zurich, and a keynote speaker at this year’s Agricultural Biotechnology International Conference (ABIC 2014) in Saskatoon, Saskatchewan. He will be speaking about the obstacles he has overcome and the challenges he continues to face in seeing Golden Rice reach its potential to save millions.

Vitamin A deficiency can lead to blindness and compromises the immune system. It affects approximately 190 million preschool children and 19 million pregnant mothers. Every year, more than two million Vitamin A-deficient children die from standard infectious diseases and approximately 500, 000 children become blind. Golden Rice looks and tastes like regular rice but, as the name implies, it is golden in colour and contains enough beta-carotene in a half-cup serving to meet 65% of a child’s daily Vitamin A requirements. In developing countries, where rice makes up a large part of the diet and access to other sources of Vitamin A can be difficult, Golden Rice has the potential to eliminate Vitamin A deficiency, saving eyesight and lives. 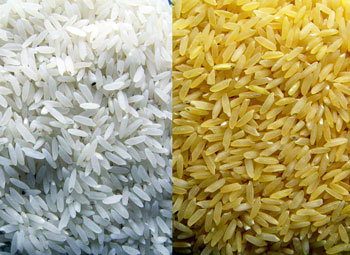 To Potrykus’s immense frustration, Golden Rice has yet to save anyone. Because the rice was biofortified with beta-carotene using genetic modification, the anti-GMO lobby and regulatory hurdles have held up release of the rice to those who would benefit most. “The science to develop Golden Rice took eight years,” says Potrykus. “Product development and deregulation, so far, has taken 15 years and is not yet over.”

Golden Rice is one example of the wide range of uses for genetic modification technology. In North America, genetic modification has mainly been used by multi-national companies to develop crops that are tolerant to a particular herbicide in order to make weed control easier and less expensive. After the crops undergo years of testing to ensure their safety and pass regulations, the companies patent the seeds and control distribution in order to recoup costs and make a profit. This has led to criticism from some groups.

Golden Rice is immune to such criticism, as it was developed with the intent of improving food security in developing countries, and reaching subsistence farmers in rice-dependent cultures, particularly in remote areas. The licensing agreement pioneered by Potrykus and his team identifies a cut-off level of income that separates free access to the technology for humanitarian purposes from commercial use of the technology. Any individual with an income from the sale of rice of less than $10,000 can access the seed without cost, and can replant and pass on the seed to neigbours without penalty.

The process of dealing with intellectual property for humanitarian purposes is as groundbreaking as the technology behind Golden Rice: patent holders readily provided free licenses for “humanitarian use.” Potrykus sees more opportunity for similar contributions from other scientists: “It is encouraging to see how many academics are motivated to contribute their share to make the world a better place. But the development of products that would benefit society are severely compromised by GMO opposition.”

“The progress in science, and the projected impact on agriculture and food is breathtaking,” he says. “But effective use of biotechnology is locked by GMO opposition and extreme precautionary regulation. The future depends upon whether society listens to activists or science.”

Visit the ABIC 2014 event website for a full list of confirmed speakers and to view the draft program.