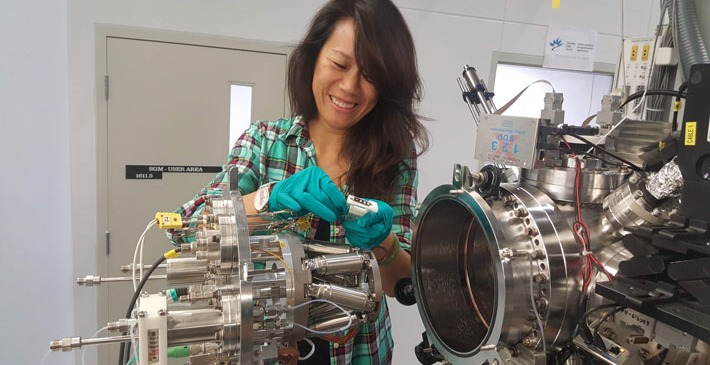 Researchers used the Canadian Light Source (CLS) at the University of Saskatchewan to look at where carbon ends up in soil and are contributing to an effort to mitigate the effects of drought for California farmers.

Samantha Ying and Michael Schaefer, both from the Department of Environmental Sciences at University of California (UC) Riverside, are part of a team set on untangling the mystery of a practice upon which farmers have relied for centuries to reduce water use—cover crops. Cover crops are an ancient practice whereby a crop is planted for the sole purpose of fertilizing the soil, not for consumption. It is known that increased organic carbon in soil resulting from the use of cover crops “turns the soil into a sponge that holds water,” explained Ying. “But how does this work? W 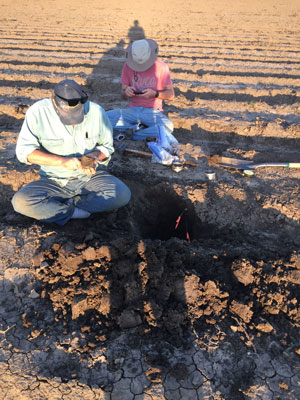 Their work is part of a massive project that began in 2015, at the end of a record-breaking four-year drought in California. Teams of scientists from three UC campuses undertook various avenues of research looking for ways to make soil more resilient in an area heavily dependent on irrigation for crop production. “We’re looking at how we can inform farming practices to get the same yields but with lower water use,” Ying explained.

In what both Ying and Schaefer stressed was a very short-term study, the researchers used a field at the Russell Research Sustainable Agricultural Facility, operated by UC Davis, for a tomatoes-fallow-tomatoes rotation. The field was then divided; one half was planted with a common cover-crop mix of vetch, bell beans and Austrian peas while the other was left fallow. Soil samples were then analyzed at the CLS to determine what kinds of carbon were present and where.

Soil, which is basically sand, silt and clay, forms aggregates or balls of different sizes which are held together by organic compounds – carbon. And “the bigger the ball, the more water can be held inside that’s available to plants,” Ying said. 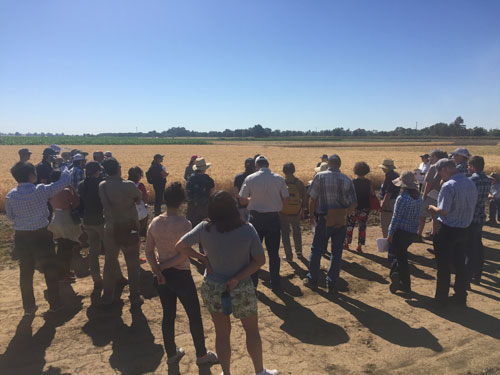 Their study, published in the journal Soil Systems, analyzed the carbon present in the samples, and showed little difference in the size of the aggregates formed in soil with and without cover crop. There was also little difference in the amount of carbon in the aggregates, but new carbon resulting from the cover crops was seen to accumulate in the larger soil balls.

The results point to the need for further investigation, said Schaefer, but they would not have learned what they did without travelling to the CLS. “The people there are very supportive of agriculture research,” he said. “They’re extremely knowledgeable and the facility is amazing. The high-resolution spherical grating monochromator (SGM) beamline lets us look at what kind of carbon is present without having to destroy the samples.”

Looking ahead, more research is needed to determine “the actual cost in terms of water use to grow cover crops, and that is dependent on the region,” he said. “There are areas where the added water cost is high when you’re in a drought year and lower in a wet year.”

Ying said theirs is the first of many papers that will flow from the California project. In addition to the water cost of cover crops, she expects future investigations will include carbon buried deep in soil, and soil microbiome “because the microbes and fungi in any soil are extremely important to understanding how carbon is sequestered.”