Halos and horns: communicating science in a pandemic 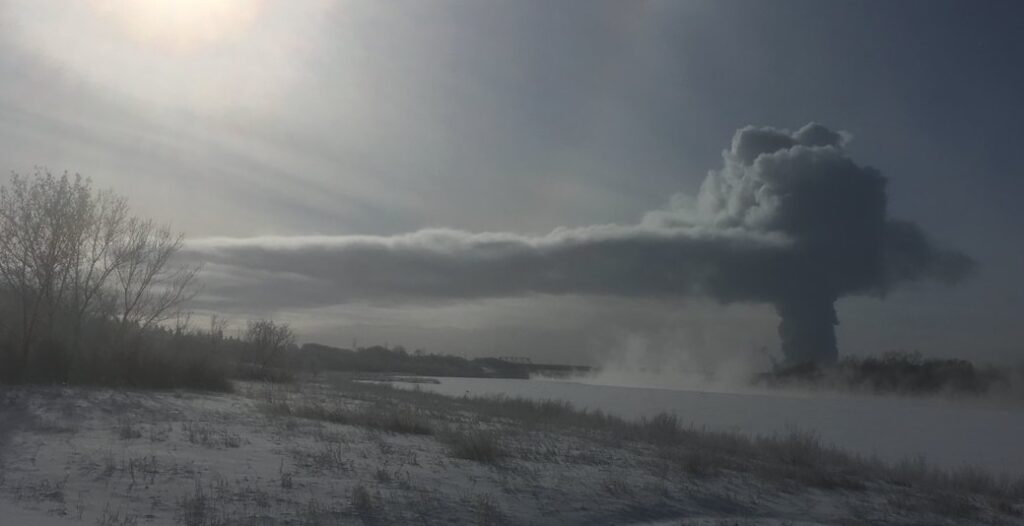 In the spring of 2009, a five-year-old boy in Mexico got sick: one of the first of thousands to become ill from a new strain of influenza.

His family blamed his illness on the numerous pig farms that surround his village, although testing determined there was no connection. The new contagion, actually a variation on the familiar H1N1 virus, came to be known as the “Mexican swine flu,” or simply “swine flu.”

The disease caused by this new flu bug (formally (H1N1) pdm09) became a pandemic. It killed more than 17,000 people, and continues to kill people every year as part of the seasonal flu threat, but this is true of other flu viruses too.

But the nickname “swine flu” did billions of dollars in economic damage. People stopped buying and eating pork. Export markets dried up as countries free of the virus banned pork imports from countries known to have cases of the disease.

In 1918, just as World War 1 was winding to its bloody end, a new, deadly strain of influenza appeared. While its origins are still uncertain, doctors in Spain – a neutral country – were free to publish what they were seeing. Hence the new disease, which went on to kill an estimated 50 million people in the worst pandemic of the 20th century, became forever known as the Spanish flu. Spain protested that their country was being unfairly stigmatized.

There are echoes of this stigma today as in mid-March the U.S. president dubbed the current COVID-19 pandemic as the “Chinese virus.” Later, at a G7 conference near the end of March, the US secretary of state insisted on calling it the “Wuhan virus” after the Chinese city in which it first appeared. Officials from the other G7 nations refused, so no joint statement on the pandemic was issued.

To be fair (or equally unfair), the Chinese, aided by conspiracy theory groups, have evidently been using social media to spread the story that COVID-19 was brought to Wuhan by U.S. troops stationed there, i.e. “it’s the American virus.”

Names have great power particularly when adopted by those in authority. One possible consequence is that some gun stores in the U.S. have seen a marked uptick in sales of weapons and ammunition to Asian Americans who feel the need to protect themselves and their families.

Some names demonize groups with horns, others sanctify people and places with halos. It’s something the World Health Organization recognized in 2015 with new guidelines in naming new pathogens to avoid any names or geographical locations.

The COVID-19 virus, incidentally, is formally known as SARS-CoV-2. While the name doesn’t exactly roll off the tongue, nor does it stigmatize any given group.

Horns and halos bypass people’s logical decision-making; they go straight to the gut for an emotional response. It’s a strategy well-known and well-used in marketing, communications, and yes, propaganda.

In the supermarket, labels such as “organic,” “natural,” and “gluten-free” impart a positive halo to products, while “synthetic,” “GMO,” and “factory farm” evoke horns in the consumer mind. In fact, marketers can buy themselves a halo simply by stating what they are not, for example, “non-GMO.”

Likewise, in energy generation, “renewables” such as wind and solar have been graced with halos, while “nuclear” and more recently “oil” have been burdened with horns.

Facts are often irrelevant when it comes to giving products or messages halos or horns. For example, despite overwhelming evidence of vaccine safety and effectiveness, anti-vaccine groups are able to create enough doubt among parents that childhood diseases such as measles and whooping cough are making a comeback.

Likewise, fear of GMOs and food biotechnology threatens adoption and retention of more productive and environmentally gentle farming techniques. It also keeps these tools from improving the lives of farm families in developing countries. Hot-button issues such as climate change and fluoride in public water supplies suffer from similar communications challenges.
​
While the world works through this latest pandemic, science communicators can look to other contentious science issues for lessons. How does one put a halo on an issue, and how can that halo become tarnished? Once horns have been put on an issue, can it be redeemed, and if so how?