GMOs, Roundup, and lessons for science communications – A conversation with Trish Jordan 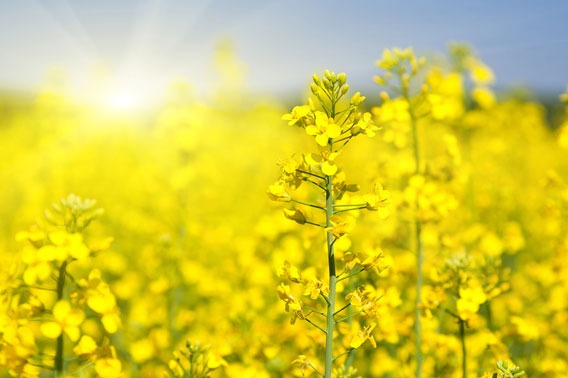 It was January of 2001, and Trish Jordan had just started a new job.

Within months, she was thrown into the middle of a public relations firestorm as her employer, Monsanto Canada, had taken Saskatchewan farmer Percy Schmeiser to court to defend its new technology: Roundup Ready® canola. 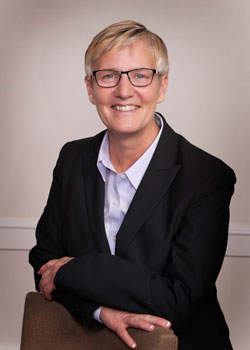 In the fall of 2020, the movie ‘Percy’ hit the theatres. It dramatizes a battle whose repercussions on both intellectual property and public acceptance of biotechnology persist to this day.

Today, Trish is well-known in the agricultural bioscience community for her public relations expertise. Her current role is Senior Business Partner, Government & Industry Affairs with Bayer Crop Science, the company that acquired Monsanto in 2018.

Ag-West Bio sat down (virtually) with Trish to talk a bit about the Schmeiser case, the movie, and her views on science communications. The following are excerpts from the conversation.

Ag-West Bio: Did you see the movie ‘Percy?’

Trish Jordan: I couldn't help myself; I just wanted to see how the portrayal was. It's got some big names, like Christopher Walken and Christina Ricci. I had a pretty good idea how it was going to be portrayed because it's Hollywood, right? And it's entertainment. It just happens to be telling Mr. Schmeiser's story and only his story. It's one-sided. Again, that's fine. We weren't asked to participate. It wasn't a documentary, it's a movie.

They say, “based on a true story,” but is it really based on a true story? It certainly never really talks about the fact that he was not an innocent bystander, but a deliberate infringer. All you have to do is read the court judgments to see that none of the suggested explanations that he tried to put forward as to why his 1998 crop was essentially 95 to 98 per cent Roundup-tolerant were believable. And not one single court, including the Supreme Court, found his story to be believable.

AWB: How did Monsanto find out about the patent infringement?

TJ: Concerns are brought forward to us in a variety of ways by community members, by retailers, by our own sales and agronomy reps. This is exactly what happened in the case with Mr. Schmeiser.

AWB: Why did Monsanto decide to take Percy Schmeiser to court?

TJ: For us, it was important not only to test the patent and (thankfully) have it be affirmed as valid. But the other big message was that we had a lot of paying customers who were willing to play by the rules under which we were offering our technology. We felt it was our responsibility to make sure the playing field was level for everybody.

AWB: How did winning the court case affect the industry?

TJ: It showed that, okay: we're not going lose this investment. If we [Monsanto] had lost, why would we stay in Canada and invest, if we had no guarantee that the rules were going to be enforced?

It was very risky for Monsanto because if we would have lost then, does that mean you can't patent technologies in Canada? And what would it mean for Canadian farmers?

The canola industry as a whole was very supportive and very relieved that we won this case, and I think it probably was beneficial for other companies who were doing the same sorts of things.

AWB: How do crop technologies like Roundup Ready canola benefit farmers and society?

TJ: Canola growers have been able to greatly increase their yields and be both economically and environmentally sustainable at the same time, and those benefits apply not just to canola; you can see leaps and bounds in soybeans and corn and sugar beets and alfalfa. The tool has been incredibly, incredibly helpful.

AWB: Many other companies develop GM crops. Why do you think Monsanto has always been the primary target of activists?

TJ: I've thought about this a lot over the years. There're all kinds of reasons. Some of it is related to the fact that we were the first and we were disruptive – and we were successful. The whole battle between Europe and North America (we were an American multinational). We basically took the criticism and the chaos around GMOs before anyone else in the industry.

AWB: Why is it so important to protect Intellectual Property rights?

TJ: Without patents and intellectual property protection, we likely wouldn't have things like Google and Apple and Samsung and Microsoft, or the countless other technologies that we now take for granted every single day. The same is true in agriculture.

The whole point of intellectual property rights is they protect our investment. It takes about $150 million and eight to 10 years to bring a new innovation to market. Without any sort of process in place to encourage companies or individuals to come up with something novel or unique, it's just not going to happen. That technology and that investment will happen in other countries where intellectual property rights and patents are viewed as beneficial.

The other thing I think is really important is that farmers want tools and innovation and when we bring these technologies forward, we share in the value that the technology brings.

AWB: Looking back, would you have done anything differently regarding Roundup Ready canola?

TJ: We do everything we can to settle matters amicably. That was the case in 1997 and it is today. Even when we do have disagreements or we find people that, maybe, made a wrong decision, we still operate with the highest degree of integrity, and we try and treat our customers (or even non-customers) with respect and transparency. That's always been our goal.

Back in those days, we weren't talking to consumers at all. We were 100 per cent focused on agriculture, and in our minds, our only customers were farmers.

I think for a long time, we didn't do a good job of helping consumers understand why intellectual property and innovation and technology in agriculture is important to them. And what does it mean to them? Well, it means abundant, high quality, safe, affordable food. If you're an environmentalist, it means less greenhouse gas emissions, less impact on soil, water, etc.

AWB: Do you think that gene-editing techniques such as CRISPR will be more readily accepted than GMOs?

Trish: I don't know if it will be any easier with CRISPR. I saw a bunch of activists had an online conference out of Europe. Their heading was, ‘New Technology, Same GMOs.’

We're getting excited about CRISPR. Consumers should love this because we're not inserting any new genes from one species and putting them in another species. We're just turning genes on and off. It’s so safe and so precise.

I think the industry has learned a lot from our history with other technologies. Can we get out in front of it? Can we find a better way to explain it so it will be understandable to the consumers, and it won't be scary? Because if you don't understand something or it seems a little foreign to you, it can be scary.

One thing that I don't think is going to change is people make money off of fear. There are tons of organizations making hundreds of millions of dollars off fear.

AWB: What do you think is the most important issue for consumers regarding food?

TJ: If you look at some of the research that the Centre for Food Integrity does with consumers, I think that's helpful because it tells you what is concerning to them. Unprompted, GMOs, pesticides – it doesn't come up. Sometimes we get so engrossed in these issues, and we're just getting bombarded every single day, we think that every Canadian is thinking this way. Well, it's not. It's like 10 per cent of the population that's very vocal and very active, and very aggressive, and running their own campaigns, and they make a lot of noise.

It's the cost of food – affordability, taste, nutrition that matter to most consumers. They want quality food.

AWB: How have things changed in the way agricultural science is communicated now?

TJ: You have to have a dialogue with the consumer, and that's what we recognize now in agriculture. They're very interested in food, and food's very emotional for them – for all of us really.

I think our industry is doing some great things. I think we're partnering much more to make those things happen. We need to find more creative ways to talk to those broader influencers in society, versus always talking to ourselves.

What I have seen change is, a lot of companies, farm groups, a lot of farmers even, being much more actively engaged on social media and trying to get their story out. And social media has just been a game-changer.

Science is the foundation of so much in our life. It's critically important to agriculture. Science makes our lives better and it saves people, it helps people, it makes them healthier, it feeds them. But that's kind of a boring story. So you gotta find a more creative way to tell it and to show the human side of science.