GMO protest march based on fear not fact 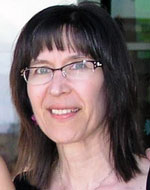 Last weekend marked the third annual “March Against Monsanto” in which protestors took up placards in various cities around the world to voice their fears about genetic modification (GM) of crops.

As earnest as these people are, their fears are baseless; after two decades of harvesting genetically modified crops there has never been a single case of a GM crop causing an illness, nor any other detrimental effect. Despite what opponents claim, there have been over two thousand independent studies done on the effects and safety of GM crops.

Before being allowed on the market, GM crops are tested rigorously (often for more than 10 years) for potential risks, such as allergens. Regulating bodies around the world, including Health Canada, the European Commission and the World Health Organization, have declared that foods produced through GM technology are no different than any other food. In fact, seven of the world’s academies of science have declared:

“Foods can be produced through the use of GM technology that are more nutritious, stable in storage and in principle, health promoting— bringing benefits to consumers in both industrialized and developing nations.”

There are many benefits to using GM technology. Crops are developed for disease and pest resistance, and for drought or frost tolerance; micro-nutrients can be added (like Golden Rice which adds vitamin A to diets of malnourished children); and safer pesticides are used to control weeds that compete for water and nutrients, thereby increasing yields.

In North America, GM canola, soy and corn allow for no-till agriculture (meaning fields are not ploughed), which keeps organic matter in the soil and reduces erosion. The signature ‘Dirty 30s’ dust storms were due to dry, depleted soils that were exposed by ploughs.

In privileged countries like Canada, we take our abundant food supply for granted. Many people don’t seem to realize that the reason we have it so good is because of modern crop breeding techniques, fertilizers (and yes, pesticides). GM technology is just a more precise way of developing crops that have the best traits for our uses. And anyone who has the idea that organic food production doesn’t use pesticides or fertilizers is mistaken; organic farms are just restricted to old-fashioned, non-synthetic pesticides and fertilizers – that doesn’t make them any safer.

There is a romantic notion that we should ‘get back to nature.’ If we went back 13,000 years to the dawn of agriculture, we wouldn’t even recognize the crops that our agricultural ancestors scratched from the land with their meagre skills and resources. Since then, farmers and scientists have learned techniques that have turned our crops into the high-yielding, nutritious food that we know today. Truly ‘getting back to nature’ would likely mean starvation.

This happens today in developing countries. Without the technology and knowledge that we take for granted, soils are depleted, and diseases and pests regularly wipe out farmers’ crops. People really do starve. (Or they go blind from malnutrition and then they starve).

Few feel so strongly about the issue that they will actually wave signs, but there is growing anxiety within the agriculture community, as this unwarranted fear – and a general mistrust of conventional farming – ripples into the general population.

I read the news coverage of the weekend march with frustration. So much of what was stated was just plain wrong. It might be due to a lack of understanding, or purposely misleading; it’s difficult to know which. In my job, I have met many crop scientists. They are normal people, who shop for their families’ groceries in the same stores as you and I. They seem to be genuinely concerned about making it easier and more efficient for our farmers to grow our food.

The big difference is that these people have a deep knowledge of crop science while the general population really does not. That’s okay; we all have our own areas of expertise. However, I find it amazing how many people get their information from self-proclaimed experts and activist groups on the internet or television that propagate fear and then benefit hugely from advertising and donation dollars, as well as exorbitant speaking fees.

No one claims that genetic modification is a magic bullet; it is simply one tool in the crop breeders’ toolbox. But it is a safe and effective tool for developing the crops that farmers grow to produce safe, more nutritious food that doesn’t break the family budget.