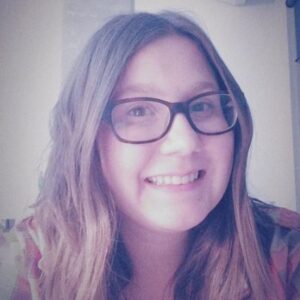 The traditional method of promoting new technologies to consumers is to provide scientific and technical information about the origin and benefits of the technology. After all, if consumers don’t understand the benefits, they may feel uncertain and anxious about a product. So it should make sense that providing information should ease those feelings.

This approach, called the ‘knowledge deficit model,’ assumes that consumers base their attitudes on objective and rational assessments of the costs and benefits of the product, and have no pre-existing attitudes that can’t be overridden by scientific or technical information.
Psychological studies can lend insight into why this hasn’t worked in the case of genetically modified organisms (GMOs).

The ‘deficit model’ is consistent with a ‘bottom-up’ understanding of attitude formation. Social psychologist Martin Fishbein developed numerous theories regarding human behavior and attitude formation, which have been applied to consumer behavior. His ‘multiattribute utility model of attitude’ says the “structure of the belief system is supposed to develop according to the physical, functional or instrumental characteristics of the attitude object.” In other words, we would start with details about a subject and build until the big picture is revealed. Knowledge about the object itself influences our attitude about it.

On the other hand, using a ‘top-down’ approach, we work from the “big picture to the tiny details.” In this case, pre-existing beliefs and knowledge of other subjects influence our perceptions and we make up our minds about a subject without in-depth understanding about it. If we feel that we don’t know enough about a subject, we are more likely to use this approach.

The ‘top-down’ approach of attitude formation can also be applied to how individuals assess risk. Kazuya Nakayachi conducted research on how “risk-refuting information” affects anxiety. Individuals in his study exhibited negative attitudes toward GM products when they related risks associated with GMOs to negative images and anxieties about other issues, such as environmental degradation. As a result, they spontaneously associate GMOs as being inherently risk-laden. This phenomenon is known as ‘associative anxiety’.

Another study found that when respondents had no prior experience with GM derived foods, “consumers seem to spontaneously construct product-related attitudes as instances of higher order attitudes and values, chiefly those associated with the environment, nature and ethical concerns, modern technologies and institutions involved in their development and regulation.”

We don’t always form beliefs about particular objects or concepts in a top-down fashion; we are just as capable of employing bottom-up methods, but tend to use this model only when we feel we have ‘enough’ technical or experiential knowledge of the specific subject.

It is interesting that in Europe (especially in countries where few or no GM foods are available to consumers in grocery stores) negative feelings toward GM foods are often the highest in public opinion polls. Researchers are considering studying whether a lack of personal experience with GM products may influence the degree to which individuals form negative or positive attitudes regarding GMOs.

From another angle, Swiss researcher Jan Lucht notes that there is potential in exploring how increased accountability and public participation within regulatory institutions may increase public trust in industry and the scientific community.

Although it may be possible to promote acceptance of GMOs amongst consumers with no pre-existing attitudes by providing information about the benefits of GM products, in the case of consumers who already feel negatively toward GMOs this effort is essentially useless. Negative attitudes toward GMOs are directly linked to attitudes about nature, technology, scepticism about new products, feelings of alienation from the marketplace, and personal appraisals of how much knowledge is enough. Simply providing people with scientific and technical information appears to have little impact – and could even cause them to hold more strongly to negative attitudes.