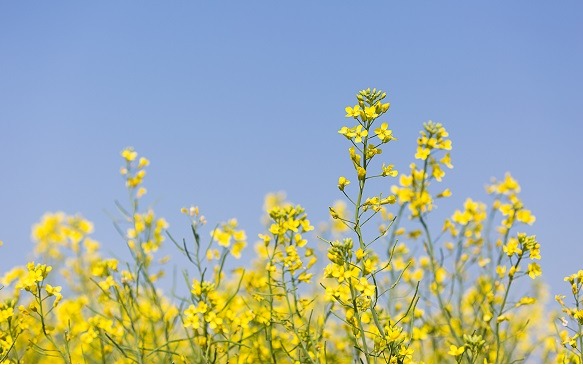 Global Institute for Food Security (GIFS) researchers at the University of Saskatchewan (USask) are members of an international consortium of key academic and global seed company leaders from Canada, the United States, Europe and Israel that has successfully sequenced the genome for canola.

The canola consortium is led by Dr. Isobel Parkin, research scientist from Agriculture and Agri-Food Canada (AAFC), and Dr. Andrew Sharpe, director of genomics and bioinformatics from GIFS at USask.

The genome research is essential to enhancing the quality and yield of the major oil crop. The project reached a key milestone in completing the full assembly and mapping the genomes of 10 diverse canola varieties, cultivated in Canada, U.S. and Europe. The genome assembly and complete mapping was done using Israeli-based genomic big data company NRGene’s DeNovoMAGIC technology.

“Having top quality genomes of rapeseed/canola is crucial for identifying the genes responsible for key commercial traits,” said Parkin. “This will be a foundational resource for basic research that’s required to increase yield and nutritional values of rapeseed/canola.”

In the upcoming weeks, the project will also include the comparative mapping of the full genome sequences into a pangenome. Subsequently, the genomes of other varieties will be incorporated to reveal the broad genetic diversity of canola that is grown around the world. This work will be done using NRGene’s GenoMAGIC big-data toolkit, that is already in use commercially for other key crops such as maize, soybean, cotton, tomato and wheat.

“This was truly a combined effort, made possible with the support and contributions from various parties,” said Sharpe. “The results will advance breeding for rapeseed and canola, benefiting research, industry, producers and consumers. This progress also has immense economic value for Canada, which is one of the world’s leading producers and exporters of canola.”

“The broad genomic database we produced provides the fundamental infrastructure needed by every breeding program,” said Dr. Gil Ronen, chief executive officer of NRGene. “Sharing funding resources between multiple commercial and academic entities enables us to build the largest global database of rapeseed/canola to be shared among consortium members and revealing strategic paths in the breeding of elite seeds.”

The Global Institute for Food Security (GIFS) works with diverse partners to discover, develop and deliver innovative solutions for the production of globally sustainable food. A catalyst for innovation, GIFS offers a solution-oriented approach to research and development. The institute was established in 2012 as a public-private partnership by three founding partners—Nutrien, the Government of Saskatchewan and the University of Saskatchewan.

Agriculture and Agri-Food Canada (AAFC) supports the Canadian agriculture and agri-food sector through initiatives that promote innovation and competitiveness.

NRGene is a genomics company that provides turn-key solutions to leading breeding companies. Using advanced algorithmics and extensive proprietary databases, NRGene empowers breeders to reach their full potential by achieving stronger and more productive yields in record time. NRGene’s tools have already been implemented by some of the leading agribiotech companies worldwide, as well as the most influential research teams in academia. NRGene is headquartered in Ness Ziona, Israel with an office in San Diego.