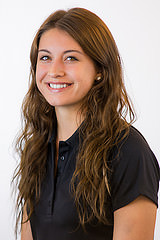 Canada is a world leader: a leader in freedom, in innovation, and in working to make its citizens’ everyday lives better. Canadian farmers are world leaders in growing the food needed to satisfy not only Canadians, but a large portion of the world. Every time I have traveled outside of this country, I make sure to put a Canadian flag on my backpack to notify people that I am a person they can trust. When Canadian farmers grow food, people can be confident that the strictest and most rigorous standards and regulations have been employed in raising and distributing this food to Canadians, and to consumers around the globe.

In a country where the majority of the population is well-fed and we have access to all food markets, Canadians have nothing to fear. Through regulation, our government enables us to have access to a vast variety of safe food at a reasonable price. But what if our food supply was suddenly cut off and we had to live like countries in Africa, or countries like Haiti and Afghanistan? What if we were the ones going hungry? Would we still want to resort to the ways of our ancestors, where all our time was spent growing just enough food to survive? Our abundant food supply is thanks to knowledge gained through science and technology. We need to trust the science and show the world, through our leadership, that technologies—such as genetic modification and the judicious use of chemicals —can produce more safe food on the same land mass. We need to stop being selfish and thinking about the ‘what-ifs’ associated with genetic modification, because there are no studies that have ever concluded GMOs to be unsafe for human consumption.

Every genetically-modified food released onto the market has undergone stringent testing. Public pressure to ban and/or label genetically modified foods is incredibly complicated and costly to everyone. Our government’s regulatory and food inspection agencies will have to spend money to monitor the labeling of foods that use GM technology, when these funds could be used to facilitate technical innovations in agriculture. We must keep looking for ways to make access to nutrient-enhanced food (sometimes produced using genetic modification) easier and cheaper for countries that need it most; those with growing populations where people are starving because they cannot keep up to ever-increasing food demands.

Public pushback comes when consumers in food-rich countries do not understand the value of GM foods or perceive any benefit in having GM food available. They do not feel they need GM foods to attain adequate nourishment or quantity; after all, we have a varied diet of nutritious non-GM foods available. The politics of GM food acceptance is dominated by consumers wondering why we need genetically modified foods. But everyone needs to start thinking of the world having adequate food as the benefit. Canada is the second largest land mass around the globe, with the smallest number of farmers. Canadian farmers have the opportunity to grow food for billions of people using conventional farming techniques and new technologies. The alternative is to return to the days of the past, with drought-sensitive crops, a sky filled with dirt blowing from fields, and significantly lower food production.

Shayla is an alumnus of the College of Agriculture and Bioresources at the University of Saskatchewan. She farms with her family in southern Saskatchewan.

Join us for a screening of SaskCanola's License to Farm, followed by a panel discussion.